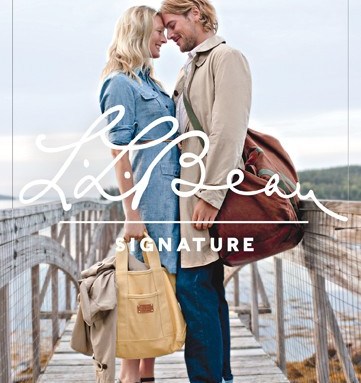 DOUBLE DUTCH: Look who’s a cover girl — Celine’s creative director, Phoebe Philo, gets the honors for the launch issue of The Gentlewoman, the sister magazine to Dutch title Fantastic Man that hits newsstands on March 22. Inside is a profile of Philo and a shoot by David Sims, styled by Camilla Nickerson with the designer posing in her own clothes and both vintage and current Celine looks. “It’s about modernity and women that are just fantastic,” said Penny Martin, the biannual magazine’s editor in chief. “Phoebe was very candid about herself, her mother and silhouette and inspirations.” The 148-page launch issue also features a profile on American artist Jenny Holzer, with portraits of the artist taken by Wolfgang Tillmans. There are also feature articles on DJ Princess Julia, open water swimmer Lynne Cox, winemaker Sara Perez and Kazuyo Sejima, the Japanese architect and the first woman to be appointed as director of the architecture sector for the Venice Biennale.

With the backing of Fantastic’s creative director Jop van Bennekom and publisher, Gert Jonkers, the new fashion title will have a circulation of 72,000. A page of advertising costs 8,500 pounds, or roughly $13,000 at current exchange. Among advertisers in the first issue are Yves Saint Laurent, Marc Jacobs, Prada, Celine, Christian Dior and Y-3. The Gentlewoman will hit the stands with a cover price of 7.80 euros, or $10.95.

TWO DECADES LATER…: Since Entertainment Weekly launched two decades ago, starting with a K.D. Lang cover in February 1990, the Time Inc. title has published 16 covers with Julia Roberts, 15 “Harry Potter” covers and was earlier than most to the Tina Fey party, back in May 2002. Managing editor Jess Cagle is marking the magazine’s 20th anniversary with three special issues this year, themed around 20 years of Oscar, great characters in pop culture and the greatest television casts. “We’ll also have a page in every issue, with memorable moments from past issues,” said Cagle. A few days ago, the title also launched a version of ew.com that is optimized for mobile phone users.

Anniversary issues typically lead to a boost in advertising, but so far this year, the magazine hasn’t had to rely on the hype: ad pages are up 30 percent year-over-year as of the March 5 issue, thanks to a rebound in the domestic and Asian automotive category and ads from West Coast media. In 2009, paging fell 20 percent, to 965. Total circulation remains flat, at 1.8 million, and paid subscriptions were also flat.

Movies, TV, books and music have been the bread and butter of the magazine, but more recently, coverage of theater, apps, games and Web sites, as well as its own digital property, ew.com, has been added to the mix. “We’re going to keep expanding the stuff we cover,” said Cagle, who declined to talk about how this will translate to the digital space, on new platforms such as the iPad.

MARTHA’S REALITY: Martha Stewart Living Omnimedia has a few media initiatives in the works, including a new reality TV series and a digital magazine, called “Boundless Beauty,” set to launch late this year. Described as a special issue publication, the digital title will “demonstrate the beauty of everyday living using innovative digital media,” according to the company. It will also be available on digital tablet devices, such as the iPad.

On TV, MSLO is working with Mark Burnett Productions on a new unscripted TV show, called “Help Me, Martha!” Eight episodes will have Martha Stewart and a cast of home and lifestyle experts discuss issues such as last-minute parties or other mishaps around the home. Burnett has worked with Stewart and MSLO on “The Martha Stewart Show” and “The Apprentice: Martha Stewart.”

The company is also planning to change the title of Body + Soul magazine to Whole Living, beginning with the June issue. This is part of MSLO’s effort to align the magazine with its Web site, wholeliving.com, and the daily Sirius XM radio program, “Whole Living,” which airs on Martha Stewart Living Radio.

Earlier this year, Stewart unveiled a multiyear partnership with the Hallmark Channel that will air “The Martha Stewart Show,” beginning in September. The company will also develop a range of new and original series and prime time specials.

COMING TO A SCREEN NEAR YOU: First the newspaper articles, then the book and now the TV movie. Andrew Ross Sorkin’s “Too Big To Fail,” has been acquired by HBO, with Paula Weinstein and Jeff Levine of Spring Creek Productions attached to the project. Levine and Weinstein were also behind the drama “Recount,” which aired on HBO. A script of Sorkin’s book could be done as soon as May or June and it could air by late 2011. News of HBO acquiring the rights to the book was first reported on deadline.com.

Sorkin was approached by more than one studio, but went with HBO as it provided the fastest path to bringing a film to life. Reached Thursday, Sorkin declined to reveal how much he was paid for the film rights, but noted he’ll be a consulting producer. “For any author, to have your book turned into a movie is an amazing thing,” Sorkin told WWD. “I hope it doesn’t turn into a horror movie.” It’s believed that Joe Nocera, also at The New York Times, and Vanity Fair’s Bethany McLean will also have consulting roles, although the manuscript of their book on the 2008 financial meltdown is not yet completed.