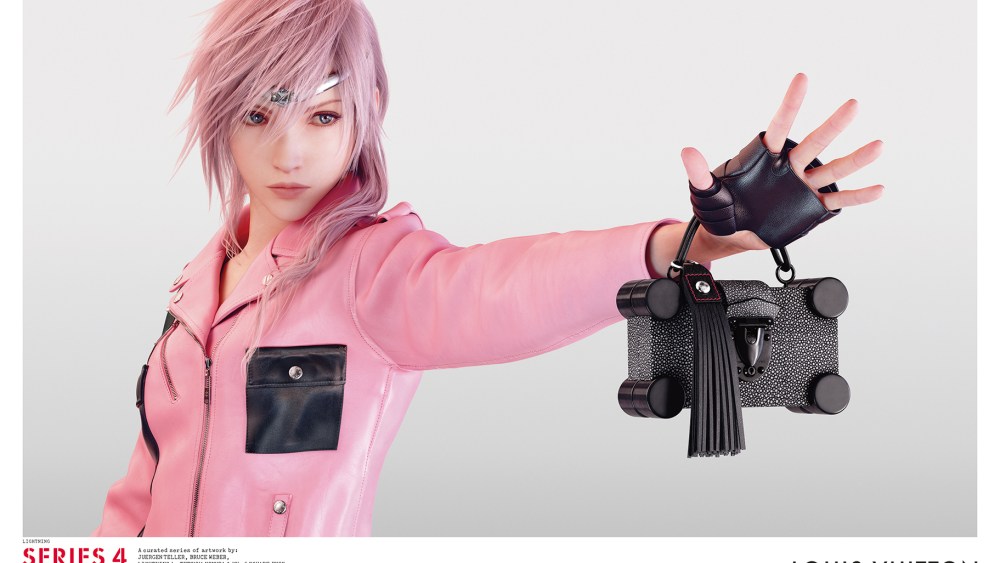 LIGHTNING STRIKES: Louis Vuitton’s spring campaign virtually has it all — including a video game character and a boy in a skirt. Dovetailing with his digital and manga-inspired collection, Nicolas Ghesquière corralled a youthful cast including Korean actress Doona Bae, “Final Fantasy” heroine Lightning, 17-year-old rapper and actor Jaden Smith, and a trio of young models: Sarah Brannon, Rianne Van Rompaey and Jean Campbell.

“Lightning is the perfect avatar for a global, heroic woman and for a world where social networks and communications are now seamlessly woven into our life,” said Ghesquière, who dribbled imagery and details about the campaign on his Instagram feed over the past week to build buzz and curiosity. The ads break in February magazines worldwide, starting Tuesday with subscribers of Harper’s Bazaar in the U.K.

The campaign, dubbed “Series 4,” again features a trio of photographers, with Tetsuya Nomura and VW of Square Enix credited for the ones featuring Lightning, with her blank expression, porcelain skin and dusty pink hair. The game’s creators even coaxed a quote from the fantasy figure: ““My clothes were nothing more than armor to stay alive; ‘dressing up’ was a concept I’ve never had. Perhaps that makes me an unseemly choice as ambassador,” she says. “But this experience has opened my eyes. Fashion isn’t something you’re taught or given; it comes from your own taste and your own choices. It displays the essence of who you are to those around you. It makes me feel excited, a feeling similar to when I venture to unknown lands.”

Florida-based Bruce Weber hopped over to Tampa for his portion of the campaign, choosing a street scene with fire escapes overhead where he captured the three models and Smith, legs askance, to emphasize that he is wearing a pleated skirt. Ghesquière said Smith represents a generation “that has assimilated the codes of true freedom, one that is free of manifestos and questions about gender. Wearing a skirt comes as naturally to him as it would to a woman who, long ago, granted herself permission to wear a man’s trench or a tuxedo.”

Juergen Teller used the sky over Miami as a backdrop for Bae, whom Ghesquière discovered in the 2006 sci-fi film “The Host” and who has played characters including an archery champion, a boxer and an inflatable doll. “I am fascinated by her gift for transformation, and I had her image very much in mind as I was creating this collection,” the designer said.

The campaign includes a pair of mini films for Instagram and Vuitton’s Web site.