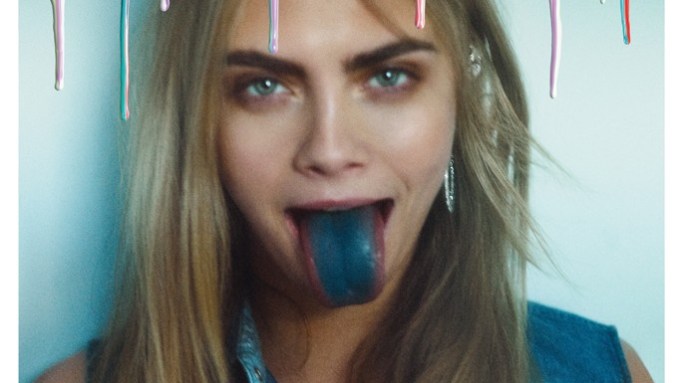 SPREADING THE LOVE: Celebrating the joys of old media, Love magazine is set to come out with a large-format collector’s edition, beefed up with three different paper stocks — one of which makes the pages look as if they are glowing — and extralong photography shoots. “It’s almost like coming full circle because it feels very similar to an app,” with added content and special features, said editor in chief Katie Grand in an interview.

The magazine is called Love Remix, and features “uncut” photography shoots: Grand said she printed all the images that the contributing photographers submitted.

The special edition, which has six covers and an embossed logo, will go on sale today with a cover price of 20 pounds, or $33 at current exchange. The print run is 600 copies.

Marc Jacobs is the sole advertiser, and there are 11 pages of the brand’s ads in the 350-page issue. The one-advertiser strategy is a first for both, said Grand. “It was about producing a magazine that was an editorial project, and we needed financial support to physically do it. Marc provided that — and it helps that Marc [and business partner Robert Duffy] have their own book stores in major cities.”

Jacobs told WWD: “It’s always most rewarding to collaborate on a project that is purely about image and creativity — without any commercial constraints. In a digital world, print is a rarity, a luxury and a true pleasure, an act of love.”

Grand said it took one week to print and bind the special issue, as opposed to four days for the standard Love. Every page, has been hand-fed into the Condé Nast printing presses. The special edition will have an app version.

Grand plans to fete the launch of both on Monday during London Fashion Week. Grand isn’t stopping at the spring-summer edition of Love Remix. Another special edition is slated for February 2015.