The designer's latest campaign features Moss for the seventh time (her last season as the face was summer 2009). 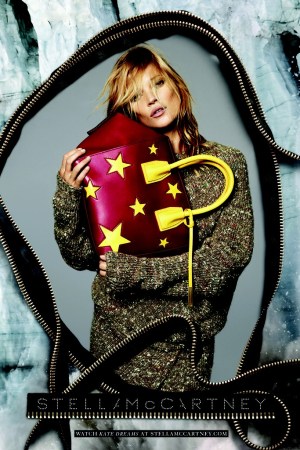 LUCKY NUMBER SEVEN: The latest campaign from Stella McCartney features Kate Moss for the seventh time (her last season as the face was summer 2009). Mert Alas and Marcus Piggott photographed her in London, although the photos of Moss are set against landscapes of glaciers, forests and cosmos to represent McCartney’s commitment to the environment. McCartney herself styled the campaign, which highlights the new Cavendish bag.

There’s also a short film called “Kate Dreams” to accompany the stills and be published on the brand’s Web site and social-media channels. It will break in September issues.