Actress and director to appear in eyewear campaign. 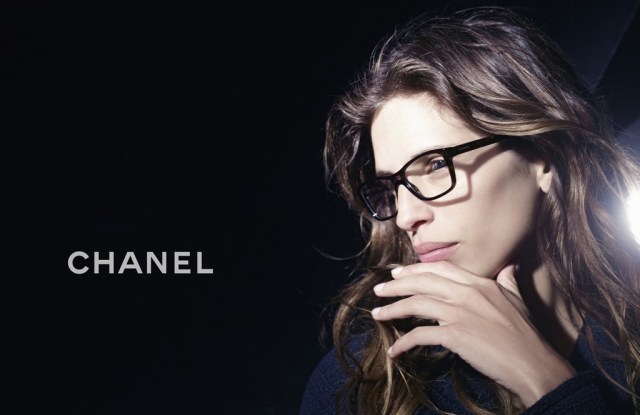 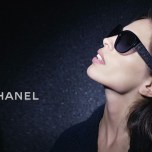 PARIS — Having won the Jury Prize at last year’s Cannes film festival for her gritty drama “Polisse,” Maïwenn is back in the spotlight as the face of Chanel’s new eyewear campaign.

The French actress and director appears fresh-faced, with tousled long locks, in the campaign images. They were shot by Chanel’s couturier Karl Lagerfeld, and are set to break in September issues.

“I had just come back from holiday, so I was feeling great,” she told WWD, sitting in a reception lounge at the Ritz Paris. “Maybe that’s the reason it looks simple, natural and spontaneous. And I think I’m wearing hardly any makeup — just a touch of concealer. It was funny, because they had this whole army of people to get me ready, and we ended up [hardly needing them].”

Maïwenn models both the regular fall-winter collection and the brand’s new Tweed range. The latter — featuring strips of tweed molded, rather than glued, onto rubber stems — and is set to go on sale in September at prices ranging from 320 euros to 380 euros, or $415 to $492 at current exchange.

“It was a very happy day,” said the actress, noting her daughter Shanna, whose father is French director Luc Besson, accompanied her to the shoot at Lagerfeld’s studio.

A former child actress, Maïwenn also got an early start in modeling. “When I was 13, I won a contest run by the magazine 20 Ans. My moment of glory was booking the cover of Turkish Marie Claire. And I did an ad for Kookai. I’ve evolved between Kookai and Chanel,” she said with a laugh.

Known for her fiery temperament, Maïwenn is still busy with overseas promotion for “Polisse,” a film based on real-life anecdotes from the Paris police’s Child Protection Unit, which she wrote, directed and starred in.

She is getting ready to shoot a drama directed by brothers Arnaud and Jean-Marie Larrieu, but will next be seen on screens at the end of the year in “Tele Gaucho,” about a group of left-wing activists who try to pirate a commercial television station in order to broadcast political programs.

“My character would not be into wearing Chanel,” she said. “She is concerned only with fundamental concepts.”

In real life, Maïwenn is probably a combination of those extremes.

“I always vote, I go to demonstrations, but I also go to fashion shows,” she said. “It’s not like you have to pick between one and the other. I can very well watch a Chanel fashion show and follow the news.”