The Italian fashion group has tapped the actress to front its fall and spring campaigns. 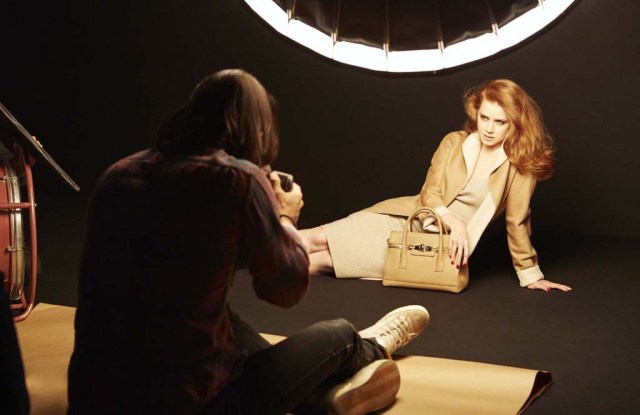 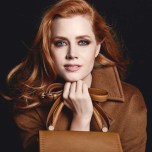 MAX MARA CALLS ON ADAMS: Carrying forward a strategy to work with a Hollywood A-lister to advertise its burgeoning accessories business, Max Mara has tapped Amy Adams to front its fall and spring campaigns. The Academy Award nominee succeeds Jennifer Garner, who debuted in the Italian fashion group’s ads a year ago.

This story first appeared in the July 15, 2014 issue of WWD. Subscribe Today.

“Jennifer Garner was the first celebrity we worked with [on the accessories campaigns] and the feedback we received was excellent both in terms of sell-in and sell-out, and in terms of credibility,” said Giorgio Guidotti, worldwide president of public relations and communications for Max Mara Group. “This new step is a sign of continuity. The claim is the same: “Timeless is now.” These are timeless actresses, not associated to a scoop of the moment.” Guidotti underscored how Adams built her career through different roles, citing Walt Disney Pictures’ 2007 musical film “Enchanted” on to her Golden Globe this year for her performance in “American Hustle. ” Later this year, Adams will appear in “Big Eyes,” by Tim Burton, and in 2016 will star opposite Ben Affleck in “Batman vs. Superman” directed by Zack Snyder, as well as “Story of your Life” directed by Denis Villeneuve.

Adams was photographed by Max Mara’s longtime reference lensman Mario Sorrenti and the images will be unveiled in New York today, at the brand’s boutique in the city. The collaboration will be marked by a dinner for about 80 guests, including Adams, at The Roof at Viceroy, hosted by Maria Giulia Prezioso Maramotti, Northeast regional retail manager for Max Mara in North America. Around 50 Max Mara windows around the world will be dedicated to the project from the end of August. Sorrenti also created a short movie on the project.

Max Mara has been accelerating its investment in the handbag and accessories categories, producing bags and shoes in-house through its own leather goods manufacturing firms in Tuscany and the Veneto region. The categories have been growing 33 percent in the past four seasons, said Guidotti, adding that the company has upped its communications budget by 15 percent with the Adams campaign to cover new countries, “where a celebrity component is more important,” citing Dubai, Russia, China and Portugal, as examples.

In the photos, Adams poses with Max Mara key styles such as the Signature Bag and the classic Margaux, as well as new eyewear styles, produced under license by Italy’s Safilo Group.

The practical Signature Bag in calfskin features the “puntino [dot]” saddle stitching, typical of men’s tailoring, and created by the same machines that work on the iconic Max Mara coats. For fall, the brand revamped the Margaux Bag with asymmetrical handles. It can be totally zipped up or partially closed with a flap, which allows the contents to be accessible without leaving the bag open. The stitching is concealed in order to emphasize the design and the model also has a long inner shoulder strap.

The sunglasses also nod to the brand’s tailoring expertise with new frames that have sophisticated handmade details. The new Max Mara Tribute Sunglasses available from the fall show arms that on the outside have a crocodile effect texture and are made with rubber inside. The color palette includes: black with gradient grey lenses, Havana with gradient brown lenses and opal brown with mirrored brown lenses.

There are five images, three for fall and two for spring, and the ads will appear on dailies and glossies, breaking online and offline in August with the bags, and in October with the sunglasses.

Guidotti said there would also be billboards in Rome, Milan, Los Angeles, Moscow and Dubai.

He noted that 30 percent of the communication budget would also be directed to the online channel in some countries such as the U.K. and Russia.

The Italian fashion group, which employs 5,557 people, closed 2013 with sales of 1.3 billion euros, or $1.7 billion at average exchange. Exports accounted for 60 percent of revenues. There are group 2,368 stores worldwide. Of this number, 116 are in the U.S. and 71 of these are under the Max Mara banner.