A roundup of who’s been hired, fired or maybe just jumped ship in media land over the past couple of weeks.

Media companies don’t appear to have heard of the so-called holiday hiring freeze.

It may only be Wednesday, but there’s already been a number of job announcements in the media world this week. Here, we sum those up, as well as the ones that have occurred over the past few weeks.

First up is some brand-new news as newsletter publishers continue to beef up their editorial operations. The latest is The Newsette, a daily e-mail offering advice and insight from female founders and industry leaders for the next generation that was set up by 24-year-old entrepreneur Daniella Pierson.

She just tapped Elle.com editor at large Faran Krentcil as its first editorial director to oversee the newsletter, web site, branded partnerships, as well as social.

Pierson had been both chief executive officer and editor in chief, but decided to step aside from the latter after her workload increased thanks to the recently launched The Weekly Wrap with DVF, a weekly newsletter to the retailer’s customers.

Krentcil, who founded fashion web site Fashionista, is one of a number of Elle.com workers to have found new jobs lately, beginning when digital director Leah Chernikoff left in May to become head of content at Glossier.

Chloe Hall quickly followed suit, leaving her job as special projects editor and producer at Elle.com for a content producer gig at Glossier. Then, in September Kristina Rodulfo said goodbye after four years to take on the beauty director role at Women’s Health. The following month, style director Nikki Ogunnaike moved to GQ to take on a senior fashion editor role.

But according to Krentcil, who was never on full-time staff, there are no problems to report at Hearst-owned Elle.com. “I was so happy with all the work I was doing at Elle.com. I think the team there was unparalleled and also so nice, which is a rare combination,” she told WWD, adding that she will still occasionally contribute to Elle.com, especially during fashion months. “I love, love, love the Hearst digital team.”

And in a move that appears to back up Krentcil’s comment, Hall returned this week as beauty director.

There have also been changes at another glossy’s web site this week. Condé Nast’s Vogue.com unveiled Stuart Emmrich as new editor. He’ll be partially taking over the responsibilities of Sally Singer, who is stepping down as creative digital director to pursue other opportunities.

Most recently, Emmrich was at The Los Angeles Times, where he was assistant managing editor for just under a year, overseeing lifestyle coverage until October. 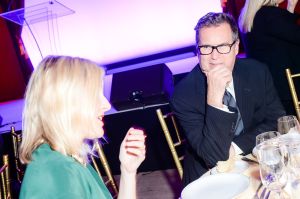 This followed a number of other switches at Condé last week, including GQ announcing the promotion of Geoffrey Gagnon to executive editor, while Doreen St. Félix will become The New Yorker’s television critic. She replaces Emily Nussbaum, who will now be writing profiles, reported pieces, and essays.

On the corporate floor, two c-suite hires were made from outside the media sphere. Sotheby’s Mike Goss is to take on the chief financial officer role left empty since David Geithner (the brother of former Treasury Secretary Timothy Geithner) was ousted. Joining him will be Deirdre Findlay, the new chief marketing officer. She’s been chief marketing officer at Stitch Fix for the past 18 months.

But as well as hirings come the inevitable firings and at Condé, that happened at its entertainment division, with nine staffers being let go as part of a slight restructuring under group president Oren Katzeff.

Back at Hearst, there has also been a lot of staff movement. Most recently, Kristen O’Hara was named senior vice president and chief business officer, overseeing U.S. advertising sales and marketing at the media company’s magazines division. She’ll begin her new role on Jan. 6.

O’Hara’s appointment follows the retirement of Michael A. Clinton, who led marketing and publishing for the entire outfit under three presidents and three chief executive officers during his 21 years at the company.

He won’t be completely disappearing from the hallways of Hearst Tower, though, as he’ll continue to serve as senior media adviser, keeping both an office and his assistant of more than three decades. Before that, his last title was president of marketing.

Another Hearst Magazines executive that didn’t fully retire is David Carey. After stepping down as president of the division last year, he remained on as chairman and in a surprise turn of events revealed last week that he’ll rejoin Hearst full-time as senior vice president of public affairs and communications.

And at Marie Claire, Aya Kanai has been appointed editor in chief of the U.S. edition of Marie Claire, taking the reins from Anne Fulenwider, who has been in charge since 2012. She’s stepping down at the end of the year to launch an entrepreneurial venture focused on women’s health. 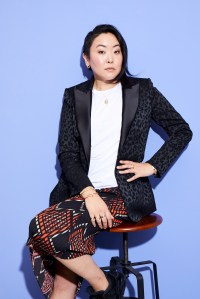 In the same week, it emerged that former Elle editor in chief Robbie Myers has made another career change. Myers left Elle in October 2017 after more than 17 years at the helm, but returned to Hearst just a year later as the chief editorial curator of Shonda Rhimes’ new media web site, Shondaland.com.

That did not last too long as Myers quietly departed from Shondaland.com at the end of October and currently lists consulting for various companies as her main gig on her LinkedIn page. She’s also on the board of women’s fertility tech company Tmrw.

Outside of the Condé/Hearst bubble, there has also been some shuffling — but some still involving ex-Condé people.

At Maven, the company behind Sports Illustrated, Avi Zimak was unveiled as its new chief revenue and strategy officer. He was previously the chief revenue officer and publisher of New York Magazine.

Newsweek let go of its political reporter Jessica Kwong for a story that said Trump would be “tweeting, golfing and more,” ahead of his unannounced Thanksgiving trip to Afghanistan.

Over at The New York Times, housing reporter Luis Ferré-Sadurní moved to Albany to be Metro’s new statehouse correspondent; Greg Winter is now international managing editor and Elisabeth Bumiller will be joining the masthead as an assistant managing editor.

And lastly, but by no means least, there has been a huge change at Out Magazine. Phillip Picardi, who last year left as editor of Condé Teen Vogue to take up the editor in chief position of Out, stepped down last week. His exit comes after several rounds of layoffs, severe pay and budget cuts and a recent reduction in print frequency, along with ongoing issues of freelancers not being paid.

Stuart Emmrich In, Sally Singer Out at Vogue.com