Their digital creative agency designs products, content and campaigns across platforms. If the company doesn’t ring a bell, its work certainly will. 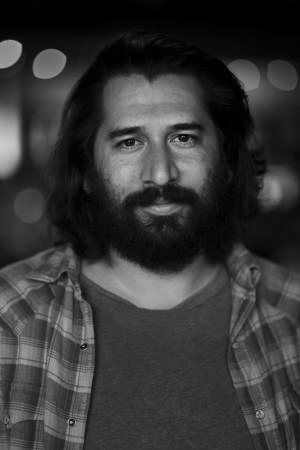 Brandon Ralph and Dan Gardner are the 34-year-old cofounders of Code and Theory, a digital creative agency that designs products, content and campaigns across platforms. If the company doesn’t ring a bell, its work certainly will. It has redesigned and provided content solutions for most major media companies, including Hearst Magazines, NBC and Condé Nast, as well as for major brands from L’Oréal and Bottega Veneta to Snapple and Dr. Pepper.

WWD: What is Code and Theory?

This story first appeared in the August 29, 2014 issue of WWD. Subscribe Today.

Dan Gardner: We started in 2001, so obviously it was quite a different landscape. Given our name, we focus on the intersection of design and technology, and how to solve problems using those things. That’s still at the core, but we’ve expanded it to two different groups within the organization — the product design group does a lot of the digital products that work with digital publishing and a lot with cross-platform content. [The other group], the brand design group, is really about the storytelling, the marketing and the advertising. We manage a lot of social media. Our core focus is around the content delivery, the distribution and creation.

WWD: How big is your company now and how has the landscape changed since you started working with media companies?

D.G.: Now we’re over 200 people. We have offices in New York, San Francisco. This year we launched an office in London and we have an office in Manila that is focused on scalability. Because content has been a focus, we’ve spent a lot of time with publishers. We started when we launched The Daily Beast in 2008.

That was a pivotal moment in the publisher’s world. You started to see an inverse relationship and you had to be more digital than print. There was a period of time when experimentation really had to start. From 2001 to 2008, and really 2012, for that matter, there wasn’t much innovation. Every Web site basically looked the same. Every publisher did it the same way. A lot of their print products — be it a magazine or a newspaper — had a lot of flexibility, beautifully art-directed pages; if you were a newspaper, you had different grid systems depending on the time of day. But what we saw in that decade was really restrictive. Everything was published into the same template and a homepage was redesigned every three to four years. There was one template to deliver news.

Now, especially in the last few years, we’ve helped redefine the thinking of what it means to be a digital publisher.

WWD: Do you think that, working with different publishers, print will eventually be phased out and replaced by digital?

D.G.: I don’t think that print is dead. There are times when it has to be abandoned when it isn’t working financially for an organization. Many organizations still have revenue coming in from print. I think the problem most organizations have is when they are making money off of print — so how do you change processes internally to capitalize on new opportunities without disrupting things that make money but are still on the decline? How do you resource internally? How do you make the changes?

I think it’s less about a binary, if it’s dead or not. It’s about how an organization is able to evolve. If there is a decline on one side, how can you be innovative to carry your brand into the next phase? It’s about what’s happening and how people consume content.

WWD: Who have been some of your publishing clients?

Brandon Ralph: We’ve been in 53 or so newsrooms in the last three years. We are not just visiting. We are embedding ourselves in the newsroom for different periods of time depending on the scope of the project. InStyle, The Daily Beast, The Verge, Mashable, TechCrunch, Ebony, GQ France, Vanity Fair France, Billionaire, vogue.com, The L.A. Times, all of Hearst’s brands. We did 24 publishing solutions for Hearst. The first one was Cosmo, which just launched, the original Interview Magazine, the new Interview Magazine, Art in America, the Magazine of Antiques — there’s a lot. We did all of NBC’s local sites, 24 local sites around the country. We did Jason Binn’s DuJour.

It’s not just about launching with big publishers with big newsrooms with unlimited budgets. Jason had specific requirements, a limited team and a very quick schedule to launch a new and innovative product in the market. Same with Mashable. We had to design and develop the app, which eventually led to the Web site and that eventually led to the mobile apps. With the brands, it’s a really amazing high-low mix — whether it’s Bottega Veneta, Calvin Klein, Vogue, all the way down to Burger King, Dr. Pepper.

We control more than 50 million fans on social media from content we actually create and manage for all these different brands.

WWD: How did you guys meet?

B.R.: Sleepaway camp when age six. We were friends and always in the art world together, drawing and sculpting classes. Then computers came out. We always knew we wanted to work together. Fast-forward a bit to post-Sept. 11 — nobody really cared about digital. I think we knew then that it was the future.

WWD: Publishers are very trend-focused. At one point everyone needed an iPad app; now video and mobile are the next big things to help save their companies. How do you view trends?

D.G.: I think a couple years ago, there was a lot more trend-jumping to figure out where the savior is going to be. I think it’s evolved a bit from that. We work with our clients to come up with a monetization strategy. Most publishers we’re seeing are taking a more balanced approach. It’s not one thing that saves it. For some publishers, a subscriber model can work. Most publishers are designing systems that allow the ad sales teams to have the most flexibility as possible.

WWD: How do you view digital ads?

D.G.: One thing we think a lot about is the value of the user versus the value of the page. A lot of publishers focus on how you can increase inventory on a page to make as much money from that specific page. One problem with that is your only lever to make more money is to increase page views and initial visits. What we are trying to do is to increase the value of the user. We want to think about how can a page be constructed in a way that can maximize making the most amount of money from that user in that visit. Too much clutter, too much advertising can devalue it all. When you’re dealing with aggregators, there’s a big emphasis on creating a differentiated experience.

D.G.: At a brand, we deal with the chief marketing officers versus on the product side, we deal with the chief product officers, chief technology officers or even a chief executive officer for that matter. This is because it’s the business itself versus with the brand, it’s content, communication, it’s marketing. Because we work with both, we see trends. One trend is, how does a brand work as a publisher? We’re able to take a lot of the publishing learning and apply it to the brand.

WWD: Is the fact that e-commerce hasn’t yet taken off for publishers a design issue or something else?

D.G.: I think the problem is, it’s one of those experimental afterthoughts. Most of these companies aren’t e-commerce sites, they are publishers and their primary focus is content and pathing to content. That’s sort of an add-on monetization, but it’s not a major focus versus if you’re an e-commerce site, you’re going to be thinking about conversion all the time. Publishers have other things that are more primary, which is why I don’t think it has taken off.

WWD: What about the trend to video, which seems universal?

D.G.: There is a bigger investment in video, but the problem is for most publishers, video is an afterthought. They don’t have enough inventory — they can sell it — but they don’t have enough to sell. And their sites aren’t designed to amplify video content. We have seen a pretty large effort to focus on video. We are sure it’s going to continue.

WWD: As you’ve seen the media change, do you think the next crop of editors need to have that digital background?

D.G.: Having an understanding of digital publishing as a writer is very important. But it’s not just about how does a writer become more digitally savvy, it’s more about how do you culturally change a newsroom to infuse technology and design into the storytelling process.

WWD: What are the biggest mistakes publishers are making?

D.G.: I see it more as challenges, making the internal organizational changes that they could make to execute on their visions. The New York Times Innovation Report is a good example. They had this report, it was done a long time ago, but they had trouble executing on it. It seems like there was some cultural and organizational problems that prevented them from being a little more experimental. Oftentimes, it’s internal organizational things that are more the barriers, especially with publishers that come with a print background. It’s not a blanket statement.

WWD: When will we see a shift from print advertising to digital?

D.G.: It’s hard to say. It depends on your rate of decline. There will be that inflection point. I just don’t know when. With some publishers it’s now, it’s yesterday. Others, it’s, “We still have a loyal consumer base, it’s a bit older, but we should make that digital investment now.”

WWD: What if the content is not there? How much can you do with design to make a successful site?

B.R.: There’s a lot of low-hanging fruit that we can help with, like pathing and making sure all the best practices are there, or innovative ways for the user to discover new content. But, at the end of the day, they’re gonna bounce if the content’s not there. It’s like any other product in the world. You can get someone into the store, but when they’re there, if it’s too expensive or the price is not commensurate with the quality, or it’s a bad experience when you’re in the store, they’re not going to stay. There’s an onus on the content creator.