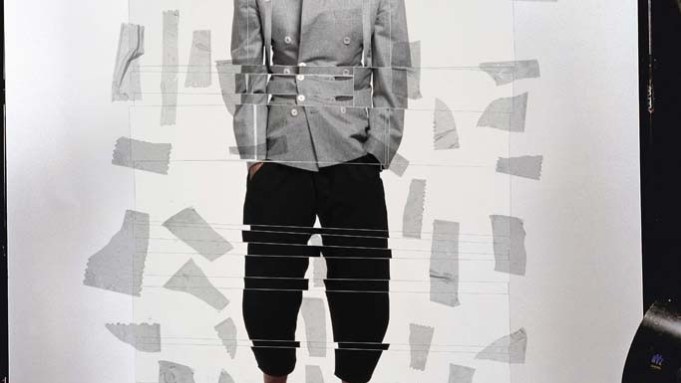 Jean-Paul Goude, 73, graphic designer, illustrator and advertising film director, has created some of fashion’s most compelling imagery over the past four decades.

WWD: What are you working on these days?

Jean-Paul Goude: I have just returned from Japan for Issey Miyake’s “Image-Makers” show [at the 21_21 Design Sight museum in Tokyo, where he participated alongside Bob Wilson, David Lynch and a couple of Japanese designers]. It will travel throughout Asia. Japan is the land of graphics. The Japanese seem to be born with this incredible sense of graphics. After two days in Japan, I thought I wanted to live there. In Harajuku, for instance, you see kids parading in wonderful multicolored outfits they make themselves mixing colorful vintage fabrics with very refined ones. Very inspiring. Yet, after two weeks there, I got homesick.

Also, I just dug up this old sketch I did of Alexander McQueen when he arrived at Givenchy. It is set to run in M Magazine [a supplement of Le Monde newspaper]. Vanity Fair had asked me to shoot McQueen’s portrait.…To my surprise, he declared he hated Paris and couldn’t stand the French, which of course irritated me and motivated me to do this sketch in which he’s shown eating a frog’s leg. The drawing has never been published.

WWD: Any other future projects?

J-P.G.: I was invited to stage “Carmen,” Georges Bizet’s opera, at the Stade de France. It’s a great vehicle. Percussions, castanets, Spain, bullfighting, blood, passion — everything I love. The scale of the project doesn’t not frighten me. After all, I did direct the 1989 parade [in Paris to mark the 200th anniversary of the French Revolution]; there were 8,000 participants. I just want to make sure I am not being contacted to only stage a superproduction exclusively focused on technology. It is the spirit of the project that I am interested in.

WWD: How has technology transformed your work?

J-P.G.: I am a craftsman, a graphic artist and I used to make a living as an illustrator before Grace Jones and I got romantically as well as professionally involved. During the four years of our romance [from 1978 to 1982], she performed according to our plans. She was a most inspiring interpreter, and our partnership was the beginning of a new life for me, as well as a great way to learn how to direct live entertainment and making films for advertising.

Shooting commercials may not be the same thing as shooting feature films, but it’s still filmmaking: same equipment, same pressures, very little time to shoot. It’s a challenge to do good work.

WWD: How has advertising evolved over your career?

J-P.G.: Advertising has changed. I remember when I shot the Egoïste fragrance campaign, Jacques Helleu [Chanel’s artistic director for more than four decades] told me that it was meant to be the last of the great advertising films. He knew that from then on, with globalization and new methods of marketing and sales, everything would change. There is less of a need for controversial and spectacular images. We needed to reassure consumers. This is what happened: Marketing has triumphed. I am still fortunate enough to work on interesting projects. Though I must say they’re often reedited, which is very frustrating.

WWD: There is no longer room for controversy in advertising?

J-P.G.: It seems like clients have become obsessed with social networks. There are new formats. It’s all about short clips — the making-of. I miss ambitious, smart, well-constructed ads. My hero is still George Lois [best known for his covers for Esquire magazine]. His work remains an inspiration.

Talk about inspiration, I was literally blown away recently by the Bastille Day fireworks at the Eiffel Tower. It was extraordinary. I watched them from my home on the Buttes Chaumont clapping hysterically.

J-P.G.: I’m a big Bill Viola fan — his scenography for Wagner’s “Tristan und Isolde” as well as his exhibit at the Grand Palais were mesmerizing. In photography, I still venerate Guy Bourdin, Irving Penn and Richard Avedon. I also admire Tim Walker’s sense of humor and elegance.

WWD: Is there room for humor in advertising?

J-P.G.: I hope so. The last time I tried it was for Prada. Miuccia Prada wanted a film that would illustrate a new fragrance designed for the modern young woman. I showed her old films featuring scenes with the Apache dance, in which the girl gives the guy a very rough time. Even though Miuccia Prada was excited like a child when we began, there was so much editing that the film ended sort of cute but weak. Let’s say it could have been better if nobody had touched it.

WWD: Is advertising global or are there specific local features?

J-P.G.: A good idea is a good idea. I am convinced that good graphics added to a witty intelligent concept can provide a universal language.

WWD: What role does illustration play in your creative process?

J-P.G.: I start everything with a drawing. I am not a photographer. A photographer captures the moment. I imagine situations and I assemble elements for a staging that I shoot. In both cases, it involves a camera, but it’s two different jobs.

WWD: What other steps are involved?

J-P.G.: Styling, location scouting, casting, equipment, computer graphics with my collaborators [Frédéric Godefroy and Hélène Chauvet]. It is a very important step. It is like drawing by proxy.

WWD: How do you feel about the use of retouching?

J-P.G.: Retouching should be untraceable. Before computers, I did everything by hand: cutting photos, painting, etc. I was interested in giving the illusion to provoke the reaction of the reader. I don’t retouch pictures; I compose my pictures directly on the computer, which is not the same thing.

WWD: Do you see your work approaching what could be called an art form?

J-P.G.: Since I was a student at the Arts Déco [École Nationale Supérieure des Arts Décoratifs in Paris], I have considered that illustration and art direction to be my medium. It was before entering active life. I’ve realized it wasn’t possible. If I have made compromises, I’ve always tried to be true to myself. I’d say my Egoïste film is artistic, or should I say it goes beyond strictly being a commercial.

WWD: What is your view on print?

J-P.G.: I love print, I hope print still has a future. I have no absolute certainty.

WWD: What are the Web sites you check?

J-P.G.: To be honest, I still haven’t developed a let’s-check-the-computer reflex. I am more interested in a white notebook and a pencil. I do have an iPhone and I very occasionally take small pictures with it. I am still warming up to the whole process.

WWD: Who is doing good things in fashion?

J-P.G.: Aside from masters like Jean Paul Gaultier, Azzedine Alaïa, Issey Miyake, younger designers like Nicolas Ghesquière, or even Victoire de Castellane are very inspiring. I would be incapable of designing a collection though. I tried to design a watch for my wife for our 20th anniversary. It is completely round like her lovely face.

WWD: Do you know why you became interested in fashion?

J-P.G.: I think because of my family’s history. Long after my father’s death, we discovered that his parents managed a very small couture shop in Paris at the turn of the century. Their business had severely been impacted by the birth and the growth of Parisian department stores. They both died in their early 30s; they were casualties of the transformations. A tale very reminiscent of Émile Zola’s novel “Au Bonheur des Dames.” Fashion is in my DNA.

And in the Goude’s tradition, my daughter, who recently turned 18, will start studying fashion design at Parsons in August. It looks like the circle is completed.