A new class of image-makers is spearheading changes to the Chinese beauty ideal and a comeback of a more traditional aesthetic in the country. 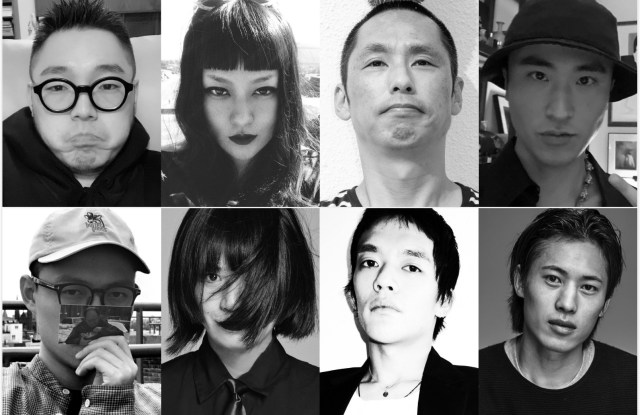 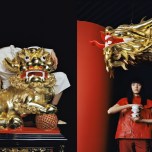 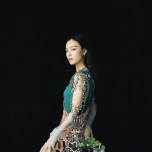 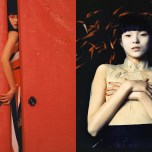 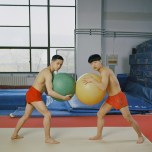 BEIJING — There’s a global shift in fashion image making under way. After a phase in which the aesthetic skewed to the polished and perfected, a more sensual and delicate kind of beauty seems to be taking root, from Glen Luchford’s eclectic Gucci campaign style to the dream-like Dior spring 2019 images by Harley Weir, and Beyoncé’s American Vogue cover photographed by Tyler Mitchell.

Simultaneously in China, after years of magazine covers and indoor studio editorials Photoshopped to perfection — a style pioneered by the likes of Chen Man, Zack Zhang and Yuan Gui Mei — a new breed of fashion creatives is peering through a different lens.

The late photographer Ren Hang, known for his absurdist and sensual work, was an early proponent of this alternative view, and other creative talents are now following his path in search of new ways to portray Asian beauty.

Leslie Zhang, who happens to have the same name as the deceased Hong Kong film star, is arguably the leading figure of his generation. “The constant themes in my work are the beauty of China and romance, especially Chinese faces and the iconography of the late 20th century and early Aughts of China. I also try to go beyond what has already been done and create a new romantic language that’s born out of the past,” Zhang said.

The 26-year-old, who grew up in Yangzhou and Nanjing, first took up a camera while studying film editing at university. “I was first sought out by fashion editors who had seen my personal works online, and from whom came my first commissions, and the rest is history,” he said.

Having worked with the Chinese editions of Vogue, Elle, T Magazine, Wallpaper, Marie Claire and more, Zhang said his career highlights so far have been the opportunity to work with Robbie Spencer on both Another Man and A Magazine Curated by Simone Rocha.

Scenes from his upbringing in China influence him greatly, as well as Japanese photographers. “I think there is the great beauty in China from the past 40 years, but it’s often ignored in terms of aesthetic importance. It’s in the collective living memories of my generation. I think it’s a hybrid of modernist, communist and traditional Chinese influences, also hit by waves of post-modern movement from Hong Kong, Taiwan and the West,” he said.

The photographer is putting together a second book of his personal work and will make a limited edition of an independent Chinese fashion publication called Sauna before the summer.

A self-proclaimed “Asian gothic incarnation in contemporary China,” Audrey Hu, 30, is a Shanghai-based fashion stylist and longtime collaborator of Leslie Zhang’s. She is fascinated by “anything that involves ritual, fantasy, symbolism and mythology.” Her styling is often quirky, fresh and mystical, and sometimes ultra-glam with the right amount of offbeat to it.

“Love, heroism, ambition, betrayal and family are the foundations of storytelling and are so timeless. When I start planning a story, I always have my characters such as heroes, monsters, villains, gods and goddesses in mind,” she said.

A women’s wear graduate from London College of Fashion, Hu stumbled across an opportunity to work with Tim Lim, group fashion director of Modern Media, and “started weaving stories from a stylist’s point of view,” Hu said.

Recently, Hu did a cover story with photographer Feng Li in Chongqing for Faz Quarterly, the German newspaper’s fashion supplement. “We featured a lot of emerging young designers from Asia,” she said. “The backdrop is an urban jungle kind of feeling, along the Yangtze River. Chongqing is a magical place — it looks a bit like New York from the other side of the river, skyscrapers and all, but when you look closely, it has houses and architecture looking like straight out of ‘Spirited Away,’” said the stylist.

She also collaborated with London-based designer Asai, one of her close friends, and photographer Alexandra Leese for an i-D editorial shoot in Moganshan, Hangzhou.

Chengdu-based Feng Li began his career as a photography artist in 2005, but it wasn’t until 2018 he got into the field of fashion photography. He signed with fashion agency Concrete Rep in London and shot his first editorial with System magazine, followed by a collaboration with British Vogue’s Venetia Scott.

Feng describes his fashion work as “absurd, but in my opinion, such absurdity is interesting and incredible. Every photo is a story, and every shot is wonderful. He is motivated by curiosity and there is a clash of fantasy and reality in his work. It is grounded in the streets of China, yet the subjects through his lens are often too glamorous and ostentatious for the setting.

“I just want to express my preferences as much as possible in my work,” he said. His recent work includes the cover of the latest issue of Modern Weekly, Re-Edition and Faz Quarterly.

Feng is preparing for two exhibitions in China, one in Yingchuan and another in Wuzhen. He is also working on a solo exhibition in Berlin that will open in April.

Shanghai-based fashion stylist Jeff Lee, 34, is known for his straightforward and clean aesthetic. Apart from working on editorial shoots, he works closely with award-winning Chinese actress Zhou Xun on her public appearances and takes on several TV drama styling gigs.

“I find inspiration in my friends and timeless elements from classic films,” Lee said. “Then I try to incorporate them with the personality of the subject to create an idea or image for the modern women of today.”

An alumnus of Studio Bercot Paris, Lee sits at the core of China’s fashion club. He is working on a new TV series with “some of my favorite actresses in China today,” he said.

“I’ve also just shot for Vogue China with Michelle Yeoh. She is one of my favorite actresses of all time and the loveliest person,” Lee said.

Having worked in the industry for a decade and witnessed the shift in taste, Lee finds it hard to generalize what he has seen, but he thinks “China has this energy of welcoming anything that’s new. I feel like everybody is doing their own thing and experimenting with new ideas. I’m trying to do mine.”

Born in the southern province of Hunan, fashion photographer Zeng Wu is known for this futuristic approach. A regular collaborator with top Chinese fashion publications, he is often inspired by music, movies and “surreal moments in life.”

Zeng accidentally started his career in fashion photography. “I got interested in photography probably because of the transformation of Jay Chou through styling and photography when I was in high school. So I started to feel that being a photographer is a charming job. I was an economy student in university, but I started taking pictures of the fashion school’s student works. Luckily, I won the grand prize of the National College Student Photography contest. Then got a chance to shoot for Modern Weekly and that’s how everything began,” he said.

He shot Jackson Yee in Celine by Hedi Slimane for the cover of T Magazine China’s upcoming men’s issue with fashion designer and stylist Xander Zhou, which figured as a milestone as Yee is a teen idol who many luxury houses are in hot pursuit of.

Cathy Dong, or Yingyao Dong, is a Shanghai-based fashion stylist who used to work at the creative agency Moodsight, founded by Xiaomu Fan, a go-to fashion agency for many large Chinese fashion brands.

A marketing graduate from the University of Sydney, Dong began at Harper’s Bazaar China as a fashion assistant in 2015 and there met her mentor Fan, who was then the magazine’s fashion and style director. While at Harper’s, she worked with Fan on magazine and commercial shoots, fashion shows and celebrity styling work.

“It’s pretty valuable experience to me and helps me to distinguish the differences from these jobs, therefore I find what I love and my strength,” she said. Dong went solo last year.

She collaborates closely with commercial Chinese fashion brands and wants to change their perception of beauty because they are the ones with thousands of stores nationwide and big advertising budgets.

“I try to break the homogenization of aesthetic and create more possibilities for my clients. Most people adore the overly Photoshopped Internet influencer look. I am not saying they are not good, but I feel like we need to contain the aesthetic diversity,” she said.

Dong’s cover shoot for InStyle China with Mei Yong, who won the Silver Bear award at the 69th Berlin International Film Festival, and a series of covers with top model Liu Wen and actor William Chan for the December issue of Marie Claire China are examples of her push for greater diversity.

Xin Miao is one of the most in-demand makeup artists in China, his name appearing in almost every fashion magazine, from the Chinese editions of Vogue and Elle to T Magazine, as well as on many leading brands’ ad campaigns in the country.

Xin describes his approach as highly versatile —  either extremely simple or dramatically complex. He finds inspiration in everyday life, vacations and Chinese culture from a very specific period.

“I am not very interested in the current Chinese aesthetics and tastes. I like to explore China aesthetics from the past. The Twenties and Thirties of Shanghai have always fascinated me,” he said.

He enjoys being a makeup artist. “I like everything about beauty since I was really young. Every time my mother put on makeup, I would look at her for a long time. It’s such a beautiful transformation,” he said. “It is with this identity that I got to appreciate fashion, art and music, and grow stronger through continuous collaboration with all the amazing talents I get to work with.”

Like Xin Miao, Minghu Zhang is an in-demand Shanghai-based hairstylist. He thinks hair styling is akin to making a sculpture or an installation. “Human hair is a kind of fiber. So what I do can be seen as a kind of ‘fiber sculpture.’ I use this material to create stacking, interweaving and shaping to create art,” he said.

Zhang thinks it’s important to have a well-rounded understanding of fashion photography. “Creating a fashion image is a demanding job for the team, which requires perfect integration from photography to styling to makeup and hairstyle. I always ask the team to understand the partner’s ideas so that I can offer the ‘right’ hairstyle.”

Once an art major at university, he moved to Shanghai after graduation and began his pursuit in the fashion industry. Zhang sees modern China’s aesthetic as a mixture of his generation’s life experience, influenced by Nineties Hong Kong movies, especially martial arts films; Chinese classical architecture; literary novels, and urban colors.

Zhang is a frequent contributor to top Chinese fashion publications, including Modern Weekly and the Chinese editions of Marie Claire, Wallpaper, Numero and Vogue, and is doing several shows at Shanghai Fashion Week.