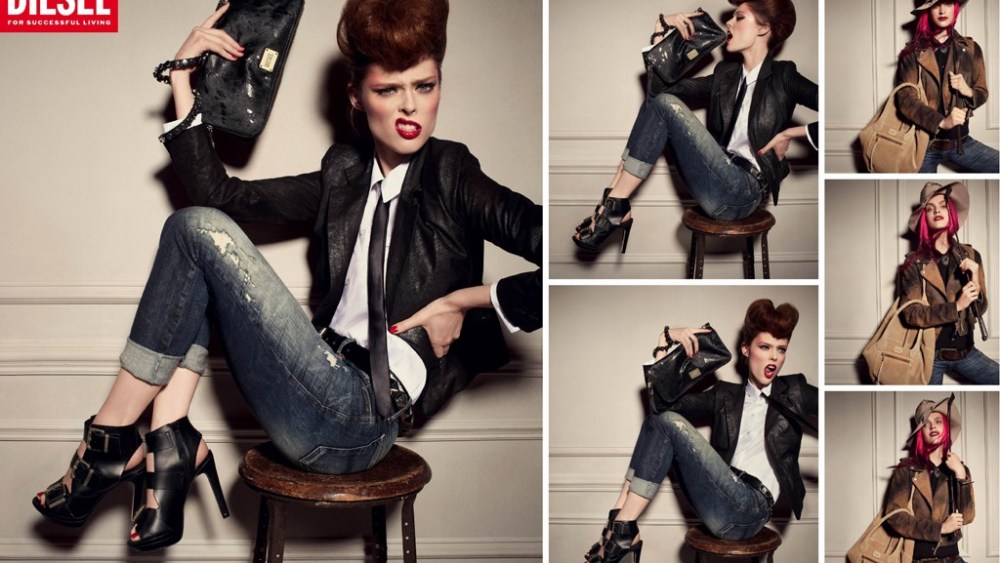 MEISEL’S DIESEL: Diesel has tapped Steven Meisel for the first time to shoot its fall campaign, which breaks in August magazines. The print and online advertisements feature a bevy of models — including Karen Elson, Coco Rocha, Hanne Gaby Odiele, Fei Fei Sun, Mirte Maas, Sallieu Jalloh, Jamie Bochart, Sid Ellisdon, Ethan James, Yuri Pleskun and Dae Na — in a series of mock screen tests, arranged in a grid layout. Props like vintage microphones and Polaroid cameras brought a retro look to the shoot, which took place in May at Highline Studios in New York. The digital campaign incorporates cinemagraphs that add an element of animation to the images.