Making its fourth stop, the Richard Avedon retrospective has moved into the ground floor of Berlin’s Martin-Gropius-Bau. 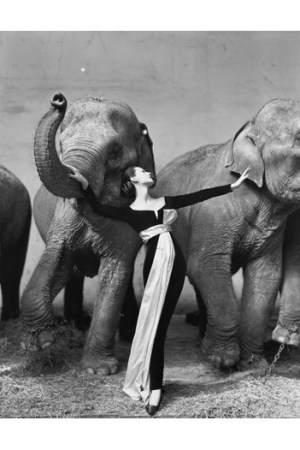 TRAVELS WITH AVEDON: Making its fourth stop, the Richard Avedon retrospective has moved into the ground floor of Berlin’s Martin-Gropius-Bau. And if Berlin is anything like the show’s earlier venues in Denmark, Paris and Milan, it’s also bound to break visitor records before traveling on to Amsterdam and San Francisco next year. Museum director Gereon Sievernich said the show of 250 photographs dating from 1946 to shortly before Avedon’s death in 2004 was “one of the most technically complicated to hang,” and it’s by far the largest exhibit of Avedon’s work ever to be shown in Germany. Many of his most iconic and groundbreaking images are on display, such as the 1955 image of Dovima posing in a Dior evening gown among elephants at the Cirque d’Hiver in Paris. As Norma Stevens, executive director of the Richard Avedon Foundation, pointed out, “Whenever [Avedon] looked at it, he saw a mistake. He’d say, ‘The sash just hangs down. It should have been swooped to the side.’ He wanted everything perfect.”

The Berlin retrospective includes an expanded presentation of Avedon’s controversial portrait series, “In the American West.” The photographer took 752 portraits between 1979 and 1984 in 17 Western states for the Amon Carter Museum in Fort Worth, and 50 of the series’ final 124 photographs are on display. Also of particular interest in the German capital are Avedon’s shots of the first New Year’s Eve in Berlin after the fall of the wall. “He went out into the street and expected to see joy and celebration, but instead saw chaos and a lot of anxiety,” Stevens said. — Melissa Drier