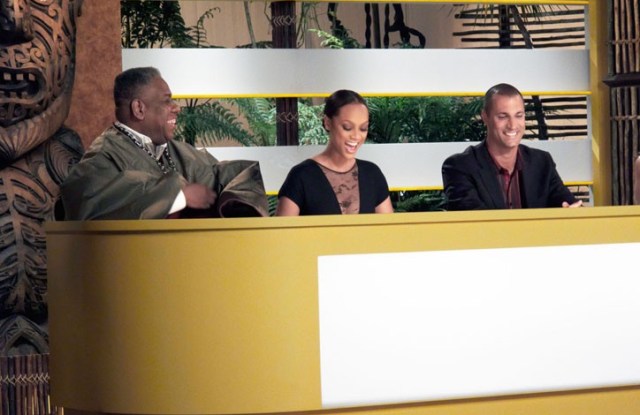 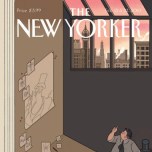 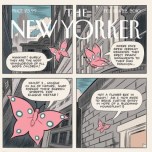 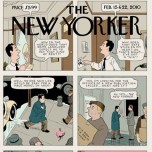 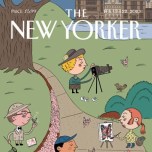 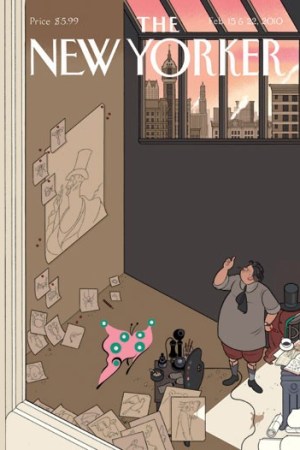 TALLEY’S ON TOP: About eight years ago, Tyra Banks and André Leon Talley lunched at La Goulue to discuss her idea of starting a new reality TV modeling competition, “America’s Next Top Model,” and she wanted him to be on it.

“At that point, I said no because it was the beginning. I was thinking I wanted to see where it goes,” Talley said. But 13 seasons — “cycles” in “Top Model” parlance — later, the Vogue editor at large softened to the idea. So when Banks asked him once again to come on board as a judge for cycle 14, which premieres March 10 on The CW, it was an easy sell. “I’ve seen the success of Tyra in many facets of her life,” said Talley, who first met Banks backstage at an Yves Saint Laurent show when she was 16. “So I felt maybe I could contribute something to it that had not been on the show. I just felt that it was a way to step out of the box and associate myself with a very important American success story, a very important brand — Tyra Banks.”

This story first appeared in the February 8, 2010 issue of WWD. Subscribe Today.

Though he’d never watched “Top Model,” he had “no hesitations at all.” Nor did his Vogue boss, Anna Wintour. “Her reaction,” said Talley, “was, ‘Fine, André. Just let me know when you’re going to do it and how it’s going.’” (Reached for comment, Wintour said through her spokesman, “André is always onto new things on television, and I think his latest adventure sounds like a lot of fun and I look forward to watching him on the program.”)

In cycle 14, Talley succeeds J. Alexander (who instead coaches the wannabe strutters) on the judging panel, which also includes Banks, photographer Nigel Barker and guest judges such as Whitney Port, Rachel Roy and Sally Hershberger.

Describing Talley’s appeal, Banks said, “A lot of people can speak about fashion, but it doesn’t necessarily translate to strong television. But André speaks about fashion and he has such a passion, and the words — the adverbs, the adjectives — he uses! I know it’s going to make the viewer at home go, ‘Wowww.’” Banks added, “It might go over their head, but he’s educating them about a time, bringing them back to a place when fashion was life.”

Indeed, even Talley’s “Top Model” wardrobe — 13 custom-made Chado Ralph Rucci cloaks, varying only in color or fabric — offers a lesson in high style. “I went to Ralph Rucci when I started this thing,” Talley said. “We came up with these wonderful designs that are based on 17th-century Edo samurai tunic-coats. And Ralph, who is extraordinarily gifted, understood my desire to have something that would pop on TV.”

Not to be outdone, Banks also stepped up — or rather, pared back — her look. “This is the most clean you will ever see me in the history of ‘Top Model,’” she said. “I am wearing a chignon every single day. I went back to Yves Saint Laurent 1991, honey. I said, ‘This is André Leon Talley! No earrings, no nothing. Just me and the gahhment.’”

Clothes aside, Talley took his responsibilities — to evaluate contestants and make good TV — “very seriously,” he said. He devised a catchphrase of sorts — “dreckitude,” a melding of dreck, one of his “favorite” words, and “quackitude,” a term he’d heard Rachel Maddow use on her show. “‘Dreckitude’ was whipped out when I thought the challenge was not met or if [the contestants] showed up in perhaps an outfit that I just couldn’t wrap my mind around,” he explained. Such as? “I was constantly repulsed by the complete popularity of what I call the Cult of the Ugly Shoe — that is, a very clodhopper, high platform-y, clunky-clunk sort of shoe, which they would favor. And I kept saying to them, ‘You can also be very elegant in a Sabrina flat.’”

As to whether Talley believes the winner, who has already been selected and will receive such prizes as a Seventeen magazine cover and spread and a Cover Girl contract, has a prayer of ever appearing in Vogue, he said, “I say yes — in my opinion, she has the potential. But that’s not my decision, that’s Ms. Wintour’s.”

QUADRUPLE PLAY: The New Yorker is marking its 85th anniversary with a special double issue on newsstands today, featuring four different covers from four New Yorker artists. Each version is a play on the magazine’s icon, Eustace Tilley, with one cover, for example, showing a male model who comes to pose for the now famous character. Soon, the Condé Nast title will take many of its old covers on the road for a three-city show that will run in the Waldorf-Astoria in New York, the Rome Cavalieri and Trianon Palace in Versailles (Waldorf-Astoria is running a gatefold in the issue). Overall, advertising is up 64 percent for the issue, said vice president and publisher Lisa Hughes. Fashion advertisers include Burberry, Giorgio Armani and Prada Eyewear. — Amy Wicks

RED ALERT: “Strawberry totes, forever” could be Stefano Pilati’s latest anthem. In select fashion capitals, the first 2,000 recipients of the designer’s latest “Manifest” fashion catalogue for Yves Saint Laurent will get theirs tucked into a cotton tote in the strawberry print emblematic in YSL’s spring-summer collection. Roughly half a million copies of the catalogue will be distributed on the streets of Paris, London, Milan, Tokyo, Hong Kong and Berlin on Feb. 20, with New Yorkers getting first dibs during fashion week on Feb. 16. Adding a viral social networking component, YSL will also post three short videos on the making of the catalogue on its YouTube channel, Facebook page and the Yslmanifesto.com Web site, starting this week. The 50-second spots chronicle model Natalia Vodianova going through her paces to achieve each photo before the camera of Inez van Lamsweerde and Vinoodh Matadin. — Miles Socha

CLICK HERE TO SEE BEHIND-THE-SCENES VIDEO OF THE SHOOT >>