Anna Sui, one of the most admired designers around but also one of the shiest, is doing a book. 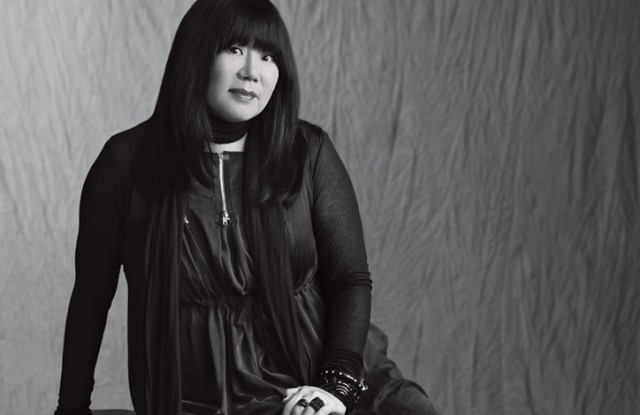 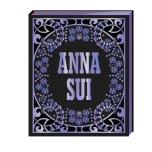 ANNA’S TOME: Anna Sui is one of the most admired designers around — and one of the shiest. She barely musters a wave when she walks out on the runway at the end of every show, before dashing backstage again. So fashion observers might be a bit surprised to learn Sui is going very public about her 20-year career: She’s doing a book, which Chronicle Books will publish this fall. The book will recount her working with practically every supermodel around, dressing rock sirens and bohemian chicks and giving the baby-doll dress a lease on life, and will contain more than 400 images. Not that Sui actually wrote it. She simply penned the foreword, while Costume Institute curator Andrew Bolton wrote the bulk of the text, White Stripes’ Jack White (who’s married to longtime Sui model Karen Elson) created the preface and Steven Meisel did the introduction. “The process of compiling and reliving favorite memories from my career was very gratifying,” Sui said. She’s going on the road, too, with international launch events, television appearances and online marketing. — Marc Karimzadeh

ISN’T THAT MAXIM?: Hard-core men’s magazines are sliding into irrelevance (as even pubescent teens will tell you, why pay for nudes in print when you can get them free on the Web?), so Playboy Enterprises is changing tack: It’s launching a safe-for-work Web site to attract advertisers that perhaps aren’t comfortable having a presence on the magazine’s flagship site featuring naked women. (“Safe for work” presumably means titillating but not raunchy so it won’t get a man fired when he calls it up on his screen on the job). Whether the more-clothed versions will reverse Playboy’s deterioration is unlikely, but during a conference call last week to report first-quarter earnings, executives said the company will continue to staff up on the digital side while warning that more layoffs in other areas will happen in coming months. Thanks to cuts that have been happening for a while, the company posted a net loss of $1 million in the first quarter, which was a whole lot better than the loss of $13.7 million during the same period last year. — Amy Wicks

SPEEDING FROM MOTOR CITY: Guess Rick Tetzeli got tired of living in Detroit. Tetzeli — who, for the last year, has been overseeing Time Inc.’s “Assignment Detroit” project pooling staff from all its magazines and reporting from a house the company bought in the Motor City — is jumping ship to become executive editor of Fast Company. Prior to his latest Time job, Tetzeli was managing editor of Entertainment Weekly, where he was pushed aside in a revamp of the struggling title, and previously worked at Fortune, where he covered technology and rose to the number-two position. — A.W.

FUNERAL SERVICES: A funeral service was held Friday for Katy Baggott, the London-based agent whose clients included Phoebe Philo, Katie Hillier and Juergen Teller. According to a spokeswoman for Katy Baggott Ltd., Baggott was 39 years old and died in her sleep on April 28. The cause of death is still unknown. Baggott, known as a tough-as-nails businesswoman who negotiated Philo’s latest position as creative director of the LVMH-owned Celine, is survived by her parents, Malcolm and Tessa, and her sister, Carrie. — Samantha Conti