Memo Pad: A Better Self in 2010… Metropolitan Home Shuttered…

In addition to the ad market, Self suffered another blow when the magazine was criticized for over-retouching Kelly Clarkson on its cover. 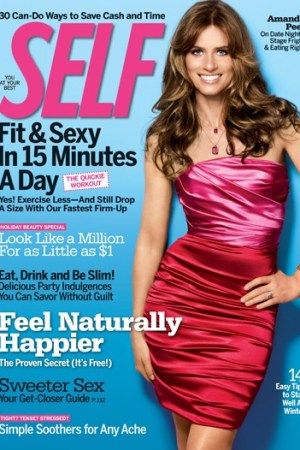 BETTER 2010: In addition to a challenging ad market, Self suffered another blow this fall when the magazine was criticized for over-retouching Kelly Clarkson on its September cover, digitally removing inches off of her frame. The issue was the magazine’s worst seller through September on newsstands, pulling in 220,000 copies and causing the magazine to miss its rate base that month, according to figures from Audit Bureau of Circulations’ Rapid Report.

But things are looking better for Self in 2010. Though the magazine will pull in 20 percent less advertising this year than in 2008, the January issue will carry more than 70 ad pages, the most for a January issue in 20 years. January is usually a month where most magazines don’t publish their largest issues — Self vice president and publisher Kim Kelleher said the average ad page count in a January issue is about 55, whereas September carries around 100 pages. But January’s 70 pages will outperform other January issues in boom times, such as in 2008 when Self carried 67 pages, and January 2009’s 48 pages. Several categories are driving growth, said Kelleher: Beauty remains strong; auto advertising has returned, with six pages from Chevrolet alone, and new clients including Alamo Rent-a-Car have entered the fray. An eight-page insert from Wal-Mart also has helped to boost business. — S.D.S.

FORECLOSURE: Another shelter title shuttered Monday: Hachette Filipacchi Media U.S. closed Metropolitan Home, opting to pool its investment into sister title Elle Decor. The magazine’s December issue will be its last. Editor in chief Donna Warner, who was with the title for 26 years, will leave the company along with the rest of the editorial team. Deborah Burns, senior vice president and chief brand officer, will remain, but she now will report to Elle Group senior vice president and chief brand officer Carol Smith. “It is with a feeling of sadness that I make the announcement to close one of our magazines,” said Alain Lemarchand, president and chief executive officer of HFM U.S. “However, we believe the best strategy in the upscale shelter segment is to boldly focus our resources and investment on Elle Decor, which is the ad-page leader within the U.S. market.” The shelter category has taken a beating since the recession began last year. Hachette closed another shelter magazine, Home, in November 2008, and Domino, Country Home, Cottage Living and O at Home have also since folded. Metropolitan Home carried 606 ad pages through November, while Elle Decor carried 769 pages during the same period. Both tallies represent a 34 percent decline in advertising. Metropolitan Home had a circulation of 550,000; Elle Decor’s circulation is 500,000. — Stephanie D. Smith

MORE THAN JUST A PRETTY PICTURE: Macy’s, Bon-Ton, Real Simple, Cosmo, Seventeen and 10 other retailers and magazines have simplified holiday shopping with an iPhone app that shows their gift guides and lets shoppers reserve or purchase an item immediately. Users can buy online or see a list of stores nearby that carry the item, then click to see if the item is in stock and reserve it in 10 minutes. The service was developed by shopping service NearbyNow, which has created similar applications for Lucky, Seventeen, Runner’s World and Bride’s.

The guides offer gifts for a variety of recipients and price points.

“This holiday season, probably more than any other in recent history, retailers must find new ways to make shopping and buying more appealing to consumers,” said Barbara Schrantz, The Bon-Ton Stores Inc. executive vice president of sales promotion and marketing. “We believe that building a multichannel experience is the best way to meet this objective. [This] is the most creative and unique way we’ve seen to deliver that multichannel experience to the consumer.” — Cate T. Corcoran