Glenn O'Brien and Fabien Baron continue to bring in new staffers as they revamp Interview magazine, and now they could be close to tapping a new creative... 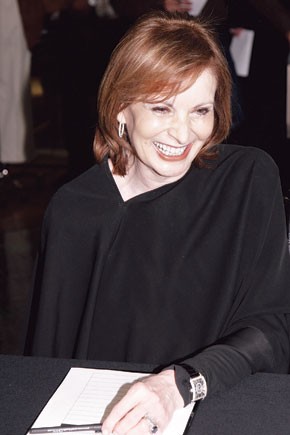 ADDING UP: Glenn O’Brien and Fabien Baron continue to bring in new staffers as they revamp Interview magazine, and now they could be close to tapping a new creative director, a fashion-market editor and an editor to oversee features. And while O’Brien declined to comment Friday on whom the creative director might be, one name that keeps surfacing is Karl Templer. Sources said Interview could make an announcement as soon as today. Templer, who has worked closely with Baron, has styled fashion shoots and ad campaigns for nearly everyone in the industry (including Gianfranco Ferré, W, T: The New York Times Magazine, V). Meanwhile, sources speculate Brian Molloy, fashion-market editor at V, will join Interview in that capacity. Molloy declined comment. The moves come after Christopher Bollen, editor of V and V Man, was named editor in chief of Interview on Thursday, while Alan Katz was hired as group publisher of Interview, Art in America and The Magazine Antiques. One hire that has been confirmed is Jeff Slonim, who has been tapped as society editor. — Stephanie D. Smith and Amy Wicks

L&T’S NEW MODELS: Two students, Ashlyn Chesney and Dyvaun Clark, got a jump-start into professional modeling as winners of Lord & Taylor’s first model search. They were selected from a field of more than 2,000 contestants who came to casting calls at seven L&T locations. Then 14 finalists competed in a runway show in front of a crowd of 500 at the Fifth Avenue flagship Thursday night.

“We thought Ashlyn has a look that typifies our ad campaign and Dyvaun just exudes personality. He’s got great energy,” said Lavelle Olexa, L&T’s senior vice president of advertising, sales promotion and public relations, who judged the winners along with Carol Alt and advertising guru David Lipman, the creator of the store’s $10 million branding campaign.

“My boyfriend called me and said I should enter. It was kind of spur of the moment,” said the 22-year-old Chesney, a fashion merchandising major at Lasell College in Newton, Mass., and a size zero, who wore Poleci on the runway and needed it taken in.

“I’m feeling on top of the world,” said Clark, who is also 22, a marketing major at Hampton University in Hampton, Va., and wore Polo on the runway.

According to Olexa, aside from the opportunity to appear in upcoming L&T catalogues, the winners received a $1,000 L&T shopping spree, while the other finalists got a $500 shopping spree.

Olexa came to the event sporting a new look for herself — a sling on her right arm, to help keep her shoulder immobile. She took a fall on a rain-soaked, slippery Paris street when she turned to admire someone’s dress and broke her shoulder in three places. She didn’t realize the damage until a couple of days later following X-rays. “Oh, it’s just an inconvenience,” she demurred. — David Moin