Aspiring photographer Theo Wenner, son of Jann, is getting a lot of work from Rolling Stone these days. 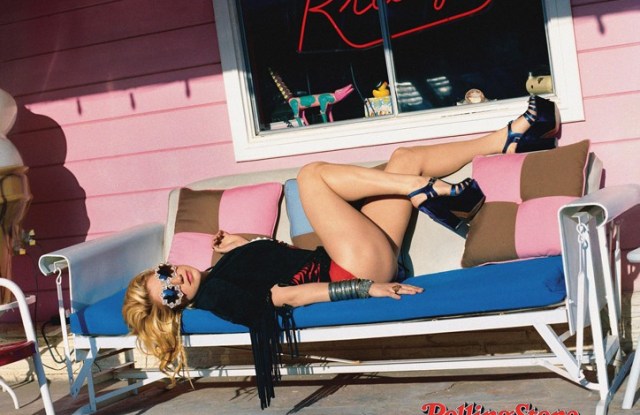 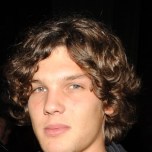 ALL IN THE FAMILY: Chalk it up to nepotism, cost cutting or just good genes, but aspiring photographer Theo Wenner, son of Jann, is getting a lot of work from Rolling Stone these days. In recent months, the 23-year-old has photographed Ke$ha, MGMT and Corinne Bailey Rae for the biweekly.

Wenner is a familiar face at the magazine: he interned in the photo department over the summer of 2006, and got his big break two years later when he was commissioned to shoot Robert Pattinson for the 2008 Hot List issue. (Notably, he’s gotten quite a bit of mileage out of the series — last summer, Us Weekly, another Wenner Media property, devoted several pages to “never-before-seen” photos from the shoot, and some of his Pattinson pics have appeared, presumably through syndication agreements, in issues of Dossier magazine and Swedish Elle.) Asked about Wenner’s contributions, Rolling Stone’s creative director, Jodi Peckman, told WWD: “Theo gives a fresh, new perspective to the pages of the magazine. He displays confidence, style and a great knowledge and appreciation of photography in all its forms.”

Peckman has good reason to effuse about her boss’ son, but other mags are hiring him, too. Vanity Fair published Wenner’s portrait of “American Idiot” actor John Gallagher Jr. in this month’s front of book, and the French biannual Purple featured his work in a multiphotographer fashion spread in spring 2009. (The story’s other contributors? Ellen von Unwerth, Magnus Unnar, Mark Borthwick and Mario Sorrenti’s sister, Vanina.)

And Wenner’s also clocked time in front of the camera. He posed for Hogan’s fall 2009 ad campaign, alongside comely New York youths including Annabelle Dexter-Jones and Nate Lowman. Clearly, being a Wenner didn’t hurt there, either. Neither the elder Wenner nor his son were available for comment.
— Nick Axelrod

CRYSTAL CLEAR VISION: Crystal company Swarovski is getting into the movie biz via its media arm Swarovski Entertainment — and, no, it isn’t a remake of “The Wizard of Oz” and Dorothy’s ruby slippers. The firm plans to provide financing for several projects, including an epic by Indian director Shekhar Kapur (“Elizabeth”) that is due to start filming in November. Swarovski Entertainment, which was created two years ago, will contribute an as-yet-undecided sum toward “Paani” (“Water”), a love story set in a future world divided by water scarcity, said Alexander Koll, director of media entertainment at Swarovski Entertainment. The movie will have a total budget of $30 million and will feature songs by “Slumdog Millionaire” composer A.R. Rahman, Kapur revealed at the Cannes film festival. Casting has yet to be finalized. Swarovski Entertainment’s only production to date is “Passages,” a short film directed by Kapur that is screened at the company’s Crystal Worlds theme park in Wattens, Austria. Koll revealed Swarovski Entertainment is also developing a script for a fairy-tale fantasy that will mark French director Sylvain Chomet’s transition from animation to live action, after the Oscar-nominated “Les triplettes de Belleville” and his upcoming release, “The Illusionist.” The company is also involved in the development of a biopic about a famous opera singer. Swarovski Entertainment is focusing on stories that are both uplifting and entertaining, said Koll, adding, “We will stay away from genre movies like horror or things like that.” — Joelle Diderich