ARMANI TOSSES THE TIMES: It’s not the first time that Giorgio Armani is using a little muscle in the media world. With the designer’s long-simmering (now-settled) feud with Vogue still fresh in memory, Armani has a new fight... 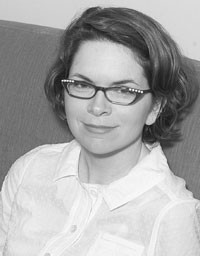 ARMANI TOSSES THE TIMES: It’s not the first time that Giorgio Armani is using a little muscle in the media world. With the designer’s long-simmering (now-settled) feud with Vogue still fresh in memory, Armani has a new fight on his hands and has reportedly pulled his advertising from the New York Times (the newspaper, not the magazine). While neither Armani nor Times officials were available for elaboration Monday, his move is said to be in response to a negative men’s wear review that Guy Trebay gave his collection on July 4, calling his shows “errant, confounding and stuck in a vision of an unrecognizable world.” Not coincidentally, Armani took out a double-page spread in the Times on July 11, evidently thumbing his nose at Trebay and defending his collection with effusive praise from critics, publications and retailers around the world, including Suzy Menkes from the International Herald Tribune, DNR, AP, The Independent, Financial Times, Le Figaro, Kal Ruttenstein of Bloomingdale’s and Robert Burke of Bergdorf Goodman. That could be the last double-page spread the Times will see for a while from Armani. The Vogue feud lasted several seasons. — Lisa Lockwood

KELLY RIDES AGAIN: It appears that a bad experience at YM wasn’t enough to sour Christina Kelly on the teen category. Kelly has signed on to be the new executive editor of Elle Girl, replacing Gillian Fassel, who is moving with her family to Texas. “I’ve been a fan of Christina’s since the days of Sassy,” said Elle Girl editor in chief Brandon Holley. “She and Jane Pratt basically created the modern teen magazine genre.”

Kelly was previously editor in chief of YM, having moved up from the number two spot when her predecessor, Annemarie Iverson, jumped to rival Seventeen. Kelly has said little publicly since leaving YM in February, but she confirmed Monday that she quit in the face of heavy criticism from Gruner + Jahr’s acting chief executive, Axel Ganz. “Basically, it had become unbearable,” she said. At Elle Girl, she added, “I really look forward to working on a niche publication again after years of working on an enormous circ book.” Kelly starts her new job Aug. 9. Aaron Gell, the Elle writer and former W staffer who has been filling in on a temporary basis, will stay on through the transition. — Jeff Bercovici

SHOP SHAPES UP: Shop Etc. is still a few weeks from its debut, but it’s never too early for a little masthead churn, right? Editor in chief Mandi Norwood recently let go of her number three, deputy editor Angela Matusik, and replaced her with Karen Catchpole, formerly a senior editor at Jane. “It was a bit of a staff restructuring,” said Matusik, reached at her home Friday. “It was decided the position I had didn’t really fit my creative needs.” Matusik, who joined the launch in February, said she is working on freelance projects.

Meanwhile, it’s finally becoming clear how Shop Etc. will differ from Lucky, its Condé Nast rival. According to a Hearst insider who has seen the prototype, Shop Etc.’s organization is meant to mimic the experience of walking through a department store, with content groupings reflecting the division of merchandise between floors. As previously reported in WWD, the magazine’s Aug. 4 launch party at Milk Studios also will have a department store theme. Each invitation comes attached to a plastic antitheft tag; whoever’s tag sets off the alarms will win a $10,000 shopping spree. That will be one lucky — er, fortunate — person. — J.B.

JACKING IT IN: Dennis Publishing has axed its monthly men’s magazine, Jack, due to poor performance on the newsstand and competition from men’s weeklies Nuts and Zoo. The British title competed with GQ, Esquire and Arena at the premium end of the market. “Men in the target market who discover Jack love it. We just can’t find enough of them on the newsstand,” said Alistair Ramsay, the company’s chief executive officer. “We’ve got 10,000 subscribers and have enjoyed excellent support from our advertisers, but the newsstand landscape has got much trickier in the last 12 months.” Jack was launched by James Brown, former editor of British GQ and Loaded, under his I Feel Good publishing company in April 2002. Since Dennis’ $8.1 million acquisition of IFG — which included the titles Bizarre, Fortean Times and Viz — in May 2003, Jack’s circulation increased by 17.1 percent to 39,052. However, the launch of men’s weekly magazines, including Zoo Weekly and Nuts — launched in January by Emap and IPC, respectively — has meant that, due to major promotions from publishers, they have been more visible on newsstands. The August issue of the title will be the last and will go on sale July 22. “This was a tough call, but we’re committed to growing Dennis Publishing in an efficient and profitable manner,” added Ramsay. “Innovative publishing, by its very nature, requires risk, which in turn encompasses the possibility of failure.”
— Ellen Burney

KEEPING IT CLEAN: With Rolling Stone bereft of its top editor following Ed Needham’s defection to Maxim, one might think Jann Wenner would have better things to worry about than the state of his minions’ cubicles. Apparently not. Wenner employees were told last week to prepare for their annual desk inspection, which will take place sometime this week. The famously fastidious Wenner conducts the inspection himself, searching for unsightly piles of paper, promotional swag and excessive personal effects. “Everyone’s scrambling to tidy up,” reported one Wenner staffer Friday. “It’s just too funny.”

Perhaps it’s time for Mr. Wenner to catch up on his New Yorker reading. In a March 2002 article titled “The Social Life of Paper,” scribe Malcolm Gladwell concluded that cluttered cubicles are typically an aid, not an obstacle, to efficiency. “The dismay people feel at the sight of a messy desk…arises from a fundamental confusion about the role that paper plays in our lives,” Gladwell wrote. “The messy desk is not necessarily a sign of disorganization.” — J.B.