BABY BOOM: Maternitywear designer Liz Lange inadvertently upset at least one high-profile editor last week when she sent out a personal e-mail inviting people to sit in the front row of her Sept. 9 show. The e-mail read, “I know... 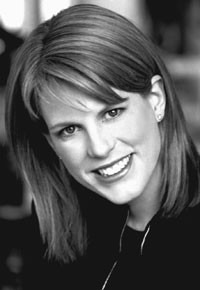 BABY BOOM: Maternitywear designer Liz Lange inadvertently upset at least one high-profile editor last week when she sent out a personal e-mail inviting people to sit in the front row of her Sept. 9 show. The e-mail read, “I know how busy you must be between work, shows and your family!!…I want to show the world how chic and fabulous moms-to-be can be. I need to have a front row filled with the most high-profile moms possible and of course you are all that and more.” Problem is, at least one top-level editor at Condé Nast (like WWD, part of Advance Publications Inc.) who received the e-mail doesn’t have children and, according to the magazine’s spokeswoman, “didn’t need to be reminded of that personal issue by Liz Lange.” The spokeswoman went on to say that “Lange should be careful when leveraging the sometimes delicate topic of motherhood to boost show attendance.”

Lange, meanwhile, said the gaffe was an honest mistake: “With the Republican Convention and Labor Day weekend, it was a hectic time leading up to the show. I must have inadvertently sent this [e-mail] to someone who has the same first name as the intended recipient.” Suzanne Yalof Schwartz of Glamour, a mother of two who got a similar version of the mailing — so did mothers Elizabeth Saltzman Walker of Vanity Fair and Kate Betts of Time Style & Design — thought the error was forgivable: “Everybody’s sensitive [during fashion week]. You have to remember, it’s not about you. If you start internalizing things, you’re in trouble,” said Yalof Schwartz. Lange’s solicitation strategy did manage to get Yalof Schwartz, along with Saltzman Walker, in the front row. Betts and the offended party (who asked to remain anonymous) chose not to attend. — Sara James

MAKING TIME: Speaking of Kate Betts: The March 7 edition of Time Style & Design closes in January; Betts is currently nearing the end of her second trimester; new moms typically take several weeks of maternity leave — you do the math. The official word from a Time Inc. spokeswoman: “Kate is definitely working on the next few issues of Time Style & Design. Her maternity leave at the moment is undecided, but you know Kate, she’s not famous for long maternity leaves.” Betts’ firstborn, Oliver, just started school. — S.J.

POISONED PENS: Perhaps a few people in the audience at Monday night’s panel discussion at the 92nd Street Y were there to learn about the finer points of gossip reporting. The rest showed up in hopes of witnessing a brawl between Page Six editor Richard Johnson and “Lowdown” writer Lloyd Grove. Reached Monday afternoon, Grove, who regularly attacks his New York Post rivals in his column for the Daily News, downplayed the hostility. “I’m sure it’ll just be a nice panel,” he said. His Daily News colleague, Joanna Molloy, took a different view. “I’m expecting fisticuffs between Lloyd and Richard and nothing less,” she said. “I’m afraid to sit between them. They’re both big guys.” Johnson declined to comment.

Despite the friction between the two tabloids, Molloy, who once worked at the Post, said she bears the Page Sixers no ill will. “It’s a very small tribe, so most of us really do get along,” she said (although not without acknowledging a recent spitting incident between Chris Wilson of the Post and Hudson Morgan of the News). “There are very few people willing to be gossip columnists for any period of time.”

The panel’s moderator, Ken Frydman, is also a Daily News veteran, having served as the paper’s spokesman. (He’s now director of worldwide media relations at Golin Harris, a unit of Interpublic.) Frydman was dismissive of the Grove/Johnson feud. “Somehow, I think it’s just business,” he said.

The fourth panelist, Joyce Wadler of The New York Times, plays a curious role in the gossip wars: Her “Boldfaced Names” has been called the first postmodern gossip column. “We’re in the game, just in a different way,” she said. “Anyone who’s looking for breaking news on J.Lo’s pregnancy probably shouldn’t be looking for it here.” Gossip, she said, is one area where the Times’ august reputation works against it. “We have the Sandra Dee problem — nobody thinks we want to hear the dirty stuff. But we do! It’s just that we’ll have to fact-check it.” — Jeff Bercovici

SUEDE AHEAD: Officially, Suede, the new fashion title published by Essence Communications, doesn’t go on sale until today. But two independent newsstands that put the magazine out early — one in Brooklyn’s Fort Greene neighborhood, and one on Columbus Circle — already have sold through their allotments, according to a Suede spokeswoman. Since issue one is apparently so five minutes ago, here’s a peek at what’s next: The centerpiece of the magazine’s second issue, due out Nov. 15, will be the Suede 40, a list of cultural figures with the greatest impact on fashion. Categories will include celebrity designers (think Sean Combs) and model-entrepreneurs (think Iman). “We’re looking at how fashion bubbles up to the runway through the culture of music and multiculturalism, and how it trickles back down,” said editor in chief Suzanne Boyd. “The key is always the intersection between street and chic.” — J.B.

SMOOTH SURFACE: Surface magazine’s 10th-anniversary issue hits newsstands this week, and the trio of covers shot by Isabelle Bonjean aren’t the only evidence that Surface is fond of a three-way. “We split the issue into past, present and future,” said founder and publisher Richard Klein, who added, “For future, we asked designers to take Surface as a brand and illustrate what it would be.” Readers can vote on which project they’d like to see realized, and editors will, to the best of their ability, see that it’s built. “Tobias Wong designed a quilt that’s bulletproof,” said Klein, who also described another entrant’s submission: chocolate Easter eggs. When asked how a bulletproof quilt or a chocolate Easter egg could possibly represent the future of Surface, Klein said, “Well, actually, those are bad examples.” Fortunately, other designs seemed slightly less extreme. The magazine also is gearing up to reveal the winners of another contest — its 7th annual Avant Guardian exhibition. Since an open call in January, photographers have been competing to exhibit their work in a four-city tour that kicks off in New York on Oct. 28. A panel of judges — including Fabian Baron, Sam Shahid and Diane von Furstenberg — chose the finalists. — S.J.