Memo Pad: Battle Of The Billionaires? … Zuckerman Unbound … Berge In The News …

Could Rupert Murdoch be among the moguls interested in buying the Tribune Co.? 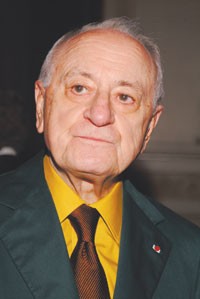 BATTLE OF THE BILLIONAIRES?: Could Rupert Murdoch be among the moguls interested in buying the Tribune Co.? There’s speculation the News Corp. baron is eyeing the owner of the Los Angeles Times, although a News Corp. spokeswoman said Thursday the Tribune Co. “is not something that [Murdoch] is looking at.”

Still, one source said Murdoch’s interest would make sense given the Tribune Co.’s newspaper holdings as well as its six Fox television stations, all of which are in markets where Fox doesn’t have ownership. The Tribune has Fox TV stations in Seattle; Sacramento, Calif.; Indianapolis; Hartford, Conn.; Grand Rapids, Mich., and Harrisburg, Pa. The source speculated Murdoch’s possible interest in the Los Angeles Times might be focused more on its online property, since declining advertising and circulation numbers are plaguing many papers (although that hasn’t stopped David Geffen and Ron Burkle from being keen to buy the paper).

As for staff writers at the Los Angeles Times, they have their own predictions about Murdoch and the paper for which they work. The Times’ business section on Tuesday guessed the Chandler family, the Tribune Co.’s largest shareholder, will buy the newspaper. And they didn’t stop there — the group is predicting News Corp. will buy Dow Jones & Co., which includes The Wall Street Journal.
— Amy Wicks

ZUCKERMAN UNBOUND: On the heels of the New York Daily News officially losing a circulation battle to the New York Post, The New Yorker is sniffing around News owner Mortimer Zuckerman. But the planned profile isn’t winning plaudits from the notoriously sensitive mogul.

“Mort contacted David [Remnick, New Yorker editor in chief] to persuade him not to do the piece,” said a source at Condé Nast Publications. But Remnick wasn’t exactly receptive, said the source: “It fell like a pebble in the ocean.” Another source claimed, however, that Zuckerman simply was trying to get the piece delayed.

Despite Zuckerman’s lack of cooperation, the piece by Nick Paumgarten is still being reported, although a write-around profile is uncommon for the magazine. (A New Yorker spokeswoman said the magazine does not discuss pieces on which it may be working.)

By contrast, the owner of the Daily News’ archrival, News Corp. chairman and chief executive officer Rupert Murdoch, gave The New Yorker relatively ample access for its October profile of him. But then, Zuckerman has a record of being skittish about coverage of himself. He is known to have called top editors to complain about articles about him in various outlets, a practice that goes back decades. After The New York Times ran a profile of him in 1985, Zuckerman famously pulled strings with Times executive editor A.M. Rosenthal to run a highly unusual editor’s note apologizing for “opinionated phrases and unattributed characterizations,” and “[establishing] a tone that cast its subject in an unfavorable light.” Zuckerman declined comment.
— Irin Carmon

BERGE IN THE NEWS: Pierre Bergé on Thursday said he would count himself among a group of investors to throw a lifeline to the troubled Paris newspaper Liberation, which was founded by Jean-Paul Sartre. Bergé is joining the likes of philosopher Bernard-Henri Lévy to rally to the side of the paper’s chief shareholder, Edouard de Rothschild, who would retain a majority holding in the money-strapped daily. A vote on the recapitalization scheme is expected today. “I have always loved what Liberation stood for,” said Bergé of the left-leaning daily. “I’ve known Edouard de Rothschild for a long time. I don’t know how much I’ll invest yet, but it won’t be millions of dollars.”
— Robert Murphy

DIRTY PROGRAMMING: Though it naturally didn’t pull the 16.3 million viewers of ABC’s breakout hit, “Ugly Betty,” FX’s new cable show, “Dirt,” still garnered a respectable 3.7 million viewers for its Tuesday 10 p.m. premiere, according to figures from Nielsen Media Research. Comparatively, FX’s hit drama, “Nip/Tuck,” collected the same amount of viewers when it premiered in 2003, while cop show “The Shield,” another FX hit, gathered 4.8 million when it premiered in 2002.

Of those who did tune in, many characterized the show as an exaggeration of reality — even by the outsized standards of tabloid publishing. But one called it “good in a kitschy way.” One editor at a celebrity weekly believed Courteney Cox‘s portrayal of editor Lucy Spiller, loosely based on American Media editorial director Bonnie Fuller, depicted a more emotional editor and a more hands-on supervisor. “They make Courteney look more like a news director, and Bonnie’s much more of a big-picture person. Bonnie isn’t so involved as a news director,” said the editor. That said, media observers will be watching to see if the show continues its strong run, given the heavy promotion FX has thrown behind the show and the mixed reviews it received. FX could not be reached for comment by press time.
— Stephanie D. Smith

CLEARING THE AIR: Some readers may have thought David Carr was giving a backhanded compliment to the Minneapolis Star Tribune in his column in Monday’s New York Times when he compared it with his “very used ’64 Ford Falcon.” But the media columnist insists the comparison wasn’t intended as a dis.

In the very personal column — which revealed he eats breakfast standing up and the fact that his wife was getting an iPod for Christmas — Carr wrote in reference to the notion that the sale of Star Tribune to private equity firm Avista Capital Partners was yet another signal of the challenges in the newspaper industry: “The paper … may not have knocked down a ton of Pulitzers, but with its vigorous political reporting and thoughtful cultural coverage, it has served as a center for civic life in Minneapolis and beyond. The Star Tribune was not a great paper, but then, my first car, a very used ’64 Ford Falcon, wasn’t great either. I still have a great deal of affection for both.”

When asked about the column, Carr said, “I manifestly was not suggesting that it was a third-rate paper.”

Still, the article seemed to see a depressing future for newspapers — including The Times, perhaps — by pointing out they continue to fight for readers as consumers increasingly turn to other news sources for information. But Carr told WWD, “I didn’t say that newspapers were going away. A once-valued asset is being sold at a reduced price and there are secular changes and I’m not suggesting who the winners and losers are.”

But, given his sentiments, he could perhaps have compared the paper with at least a used, instead of very used, Ford. At any rate, the Star Tribune and its new owners at Avista declined comment.
— S.D.S.

AGAINST THE TIDE: Headlines about Condé Nast start-up Portfolio poaching business journalists are by now commonplace, but Fortune is striking back by grabbing some talent of its own. Jennifer Reingold, previously at Fast Company, has been hired by the Time Inc. title as a senior writer based in New York. This is the first hire made by new Fortune managing editor Andy Serwer.
— I.C.