Bids are due today for the stable of 18 Time 4 Media magazines, which includes Field & Stream, Outdoor Life and the Parenting Group magazines. 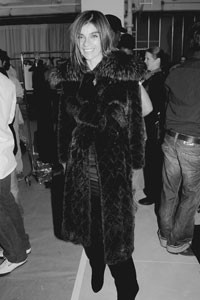 BIDDING TIME: Bids are due today for the stable of 18 Time 4 Media magazines, which includes Field & Stream, Outdoor Life and the Parenting Group magazines. Sources close to the deal expect Time Inc. to eventually narrow the field down to two to four serious bids of more than $200 million each. The sources also said Time Inc. is entertaining bids for only the Parenting Group — which David Liu, chief executive officer of The Knot, is said to be interested in — although most bids are expected to be for the whole group. Other potential bidders include Stockholm media company Bonnier Group; The Quadrangle Group, working with former Wenner executive Kent Brownridge, and Leo Hindery, former chief executive of the YES Network. — Stephanie D. Smith

LEAVING THE BUILDING: Though many staffers at Time Inc. are still digesting the news that 289 co-workers will lose their jobs, at least two senior people won’t be sticking around. As part of the layoffs, Sports Illustrated’s news bureau manager Doug Goodman will leave the company, as will People assistant managing editor Robin Micheli.
— S.D.S.

MOVE OVER MILAN: Details will be the first men’s magazine to throw a party during the collections at Paris Men’s Fashion Week this week. And while the event might not rock the industry, it could be bad news for all those men’s wear executives in the French capital who so far have managed to escape publishers’ strong-arm tactics during the season. According to Details’ vice president and publisher Chris Mitchell, more staff from the business side of men’s titles might head to Paris, whereas they traditionally have gone only to Milan. “Paris has traditionally been more of an editorial function,” said Mitchell. He will host the Jan. 26 party with editor in chief Dan Peres. Approximately 300 people will be invited, including all the top designers, according to Mitchell. A spokeswoman added that Giorgio Armani, Jean Paul Gaultier, Marc Jacobs and Karl Lagerfeld are on the invite list. The party will be held at the venerable Le Meurice hotel, with a dark, clubby, New York feel to it.
— Amy Wicks

WOMAN’S WORK: She’s been a chic fixture on the women’s runway circuit for years but last week French Vogue’s editor in chief Carine Roitfeld got to play with the boys for the first time during the fall Milan men’s collections. In her additional role as editorial director of Vogue Hommes International, Roitfeld sat front row at several men’s shows, including Dolce & Gabbana, Burberry and Bottega Veneta. “I think the atmosphere [of the men’s shows] is totally different. I think it’s cooler,” she said before the Gucci show last Wednesday. “I like the men’s journalists and I love to see boys on the catwalk. For me. it’s another way to look at a show. When it’s a women’s show, I’m thinking a bit about myself, maybe what I’m going to wear, so it’s very personal. With men’s it’s more journalistic.” Roitfeld, who was appointed to the post in September, said she hopes to bring “something that doesn’t exist so far” to the men’s glossy. While fashion will be extensive, she said also wants to feature stories on grooming, sport, cars and health. “You know the real life of a real man,” she said. “It doesn’t matter if he’s straight or gay, we’re looking at all men.” The first issue under her guidance breaks March 21.
— Courtney Colavita

HAPPY HOUR: It may sound like it’s aimed at the hard-living Hollywood starlet set, but Bauer Publishing’s new title Cocktail Weekly is really another women’s general-interest magazine. The title, launching in September, will slide into Bauer’s already female-centric portfolio, which includes In Touch, Life & Style, First for Women and Woman’s World.

Cocktail will have a $2.49 cover price, higher than the $1.99 price of In Touch, Life & Style, and First for Women. Why? Well, newsstand sales have been squeezed generally for magazines, with a plethora of titles and fewer slots to sell them in, so moving a million copies of a low-cost magazine is a harder task than before. But Hubert Boehle, Bauer Publishing president and chief executive officer, also points to other factors. “With In Touch and Life & Style, the celebrity category is one with price pressure. We sell 1.2 million copies and 50,000 subs of In Touch. We need to look at what our competitors charge for subscriptions. In the celeb field, most of our competitors charge subscriptions for less than a dollar a copy. So we have that aggressive single copy price of $1.99. With Cocktail, we think we’re developing a new niche,” — serviced by few titles save for Condé Nast’s monthly Jane or the defunct Hachette Filipacchi Media’s defunct For Me — “we don’t have that same price pressure.”

A rate base for Cocktail Weekly had not been set as of press time. But in comparison, Bauer launched Life & Style in 2004 with a rate base of 350,000 and In Touch with one of 250,000 in 2002. Maria Lissandrello will serve as Cocktail’s editor in chief. She helms the magazine after serving as executive editor for sister title First for Women. As for advertising, Boehle expects Cocktail to attract advertisers in Bauer’s existing weekly titles, particularly in the fashion, beauty, entertainment, and technology categories.
— S.D.S.

EASY DOES IT: A luxury marketer is turning the page. Instead of creating an aura of exclusivity about its ads, Salvatore Ferragamo’s spring campaign will seek to step into consumers’ lives with images of Carmen Kass looking directly at them, bathed in a warm palette of beige and gold. “It’s friendly; we don’t want to create a barrier between consumers and the brand,” said Ferragamo’s chief executive officer Michele Norsa of the campaign, which will break this month in February magazines and on billboards and light boxes in airports, shopping malls and stores.

The ads also have sparse verbiage, limited to two words — Salvatore Ferragamo — in the Mario Sorrenti photographs of Kass, who is adorned with the brand’s accessories.

The brand’s spring salvo also comprises ads featuring product alone in newspapers such as The New York Times and the International Herald Tribune. Ferragamo spent about 10 percent of its annual revenue on ads in 2006, or 57.5 million euros ($73.6 million at current exchange) and has upped its budget by about 20 percent this year, Norsa said, for campaigns marked by accessibility. “Sometimes we tend to be too intellectual, too analytical,” he offered. “The consumer needs an easy message.”
— Valerie Seckler