Memo Pad: Culture Shifts at The Times … Cost Conscious, or Not … Outsourced …

CULTURE SHIFTS AT THE TIMES: Jonathan Landman’s year-long term as culture editor at The New York Times is winding to a close, and while the process to select his replacement is just getting started, there are... 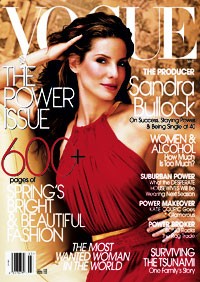 CULTURE SHIFTS AT THE TIMES: Jonathan Landman’s year-long term as culture editor at The New York Times is winding to a close, and while the process to select his replacement is just getting started, there are already two leading candidates for the job. Deputy culture editors Sam Sifton and Jim Schachter are said to be neck and neck in the running, according to sources at the Times. Sifton formerly edited the Times’ dining section, and Schachter was deputy editor of the paper’s business section.

Landman, who previously was assistant managing editor for enterprise, took over the culture desk at the Times after Steven Erlanger was reassigned to head the paper’s Jerusalem bureau in mid-May of last year. At the time, executive editor Bill Keller indicated that Landman’s tenure would be a limited one, just long enough for him to oversee the reform of the culture section mapped out by Erlanger, associate editor Frank Rich and Times veteran Adam Moss, who left the paper last February to edit New York magazine.

A final announcement on Landman’s replacement is expected as early as mid-April. — Sara James

COST CONSCIOUS, OR NOT: One would think that the escalating European exchange rates might prompt a few publications to scale back their presence at the women’s shows in Europe in the coming weeks. Not so. Harper’s Bazaar, W, Elle, Glamour, In Style, Marie Claire, Cosmopolitan, Jane and Lucky are all sending the same number of market and top editors they have in seasons past — and for the same number of days, according to spokespersons for the magazines.

In fact, the only publication preemptively adjusting its presence in Europe this season is the normally unabashedly extravagant Vogue. (Vogue, W, Glamour, Jane and Lucky are all, like WWD, units of Advance Publications Inc.)

“For the European shows, we are sending the same number of editors, but for a shorter amount of time,” said a Vogue spokesman. “This is partially because of the exchange rates, and partially because the show calendar is so long,” the spokesman added. “Despite [Vogue editor in chief] Anna Wintour’s repeated efforts to find a solution for the length of the European collections, the Europeans will not recognize the significant additional time and money that their present schedule costs the Americans.”

How true. At the start of the fall women’s shows in Milan two years ago this week, the euro-to-dollar exchange rate was 1.08. As of press time, the exchange was 1.31. As a result, seven nights in a junior suite at the Four Seasons in Milan, which would have cost $5,443 in 2003, now, accounting for incremental price increases, runs $6,786. Double that for a week-long stay in Paris for the shows there and that’s roughly a $2,700 bump per person for accommodations alone. Not to mention the fact that no self-respecting fashion editor would ever stay in a junior suite. — S.J.

OUTSOURCED: It looks like The Source isn’t past its circulation problems. Once again, the hip-hop title failed to file its publisher’s statement in time to be included in the Audit Bureau of Circulations’ semiannual report. Publishers often drag their feet when they have bad news to report, and that was certainly the case six months ago, when The Source missed its circulation guarantee of 500,000 by nearly 10 percent.

The title’s woes haven’t been limited to circulation. Over recent months, a string of top business-side employees have departed the company, leaving holes in the masthead. Publisher Chris White, vice president of marketing Michelle Joyce and advertising director Parry Moss all left, according to sources close to the magazine. So did circulation director Deborah Cameron, whose duties were assumed by Curtis Williams, formerly an assistant in the art department.

The fate of another Source mainstay, Tracii McGregor, is unclear. McGregor, who was vice president of content and communications, said she chose to resign after nine years at The  Source to start her own marketing firm, while David Mays, the company’s chief executive officer, said she was let go. (Mays declined to answer any other questions and has not returned calls from WWD since December.)

On the editorial side, The  Source lost a key employee in Jonathan “Gotti” Bonanno. As founding editor of the magazine’s “Unsigned Hype” column, he was one of the first music journalists to write about Eminem and 50 Cent. Following his exit, Eric Brown was promoted from office manager to music editor. Meanwhile, a message on TheSource.com has been promising for at least eight months that the site’s launch is “coming soon.”

“It’s really sad to watch it all tumbling down like this,” said a recently departed staffer. “We were all there for a reason. We believed in the brand.” — Jeff Bercovici

MAGIC BUS: Magazines routinely go to great lengths for their advertisers, but only Teen Vogue treats them like prom dates. Last week, the magazine’s fashion and retail clients were shuttled to and from the Magic Marketplace convention center in Las Vegas in yellow stretch Humvees stocked with champagne and chocolates. (Teen Vogue, like WWD, is part of Advance Publications Inc.)

Such pampering pays: The magazine was up 37 ad pages, or 41 percent in the March issue. And Lucy Kriz, executive fashion and retail director for Teen Vogue, was just named Condé Nast’s 2004 salesperson of the year. — S.J.