Memo Pad: Cutting Back… No Deal Yet… Lar’s View…

BusinessWeek on Wednesday unveiled a reshuffling of its editorial team and layoffs of a dozen staffers on the business and editorial sides, cuts staffers... 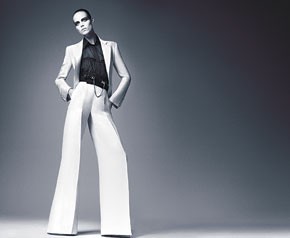 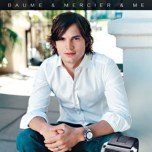 CUTTING BACK: BusinessWeek on Wednesday unveiled a reshuffling of its editorial team and layoffs of a dozen staffers on the business and editorial sides, cuts staffers had expected for months. The move is an effort to integrate Business Week’s online operations more efficiently with the print effort. Editor in chief Stephen Adler explained in a memo to staffers that a handful of editors would be in charge of both print and online operations on certain beats, including tech, science and personal finance. And, according to sources close to the magazine, those at the assistant managing editor level and up also will be more directly involved throughout the editing process, from story development at all stages of writing to line editing. Two top editors that were promoted to oversee print and the Web include Ciro Scotti, who becomes managing editor of the magazine from assistant managing editor, and Martin Keohan, who was elevated to managing editor of the Web site from operations director.

As for layoffs, a spokeswoman did not confirm names, but sources close to the magazine said most of the cuts were on the editorial side and affected many longtime staffers. Those said to be leaving include national correspondent Tony Bianco, online writer Steve Rosenbush, senior editor Jeffrey Laderman and associate editor Amy Dunkin. Picture director Larry Lippmann, who was with the magazine for more than 25 years, is taking a retirement package from the company. Four people were also let go on the business side. This year marks the third in a row that BusinessWeek has had layoffs, and in 2007, the magazine has felt pressure not only from new competitor Portfolio and a redesigned Fortune, but from a sharp slide in advertising. Through Dec. 10, pages were down 17.6 percent to 2,129, according to Media Industry Newsletter.
— Stephanie D. Smith

NO DEAL YET: Billionaire Ron Burkle isn’t expected to finalize his deal to merge his Source Interlink Cos. with American Media Inc. until the New Year, according to sources — and the tighter credit markets aren’t helping. Sources said Burkle and AMI chief executive officer David Pecker are still meeting with bankers to decide how to finance the merger. Unstable credit markets have put increased pressure on banks, sources indicated, making a deal as highly leveraged as AMI’s a more complicated proposition. Another reason a deal may not be inked in 2007 may be seasonal — bankers in general tend to check out after year-end bonuses are distributed (if there are any this time round), and may not be in the office to even work on the purchase. Despite the holiday attitude and roller-coaster economy, sources said both AMI and Burkle are still committed to merging their properties. Source Interlink is a distributor of magazines, CDs, books and other media, and AMI publishes Star, Shape, National Inquirer and Men’s Fitness, and owns Distribution Services Inc., one of the country’s largest magazine distributors.

But the tighter credit markets aren’t delaying all media deals: Real estate entrepreneur Sam Zell predicts the $8.2 billion deal he’s leading for the Tribune Co. will close Dec. 20. According to a report in Wednesday’s Chicago Tribune, Zell wants to close the purchase before year end to avoid additional costs that would make the deal more “risky and complicated.”
— S.D.S. and Amy Wicks

LARS’ VIEW: Lars Nilsson may be settling into the pilot’s seat at Gianfranco Ferré, but he still wanted to show his vision for the fashion house so he planned a transitional ad campaign. Though the ensemble — a sharply tailored blazer cut close to the body over a silk blouse and high-waisted, wide-legged pants — was part of the spring collection, designed by the late designer and his assistant, Liborio Capizzi — the mood was imparted by Nilsson. David Sims shot the black-and-white image, featuring model Freja Beha Erichsen, in New York’s Milk Studios. The campaign breaks worldwide in February.

“It was important for me to show something that reflected my own aesthetic and my vision,” said Nilsson. “It helps distill the strong essence of the brand while offering a clean and modern platform upon which to move forward.”
— Alessandra Ilari

PARTY’S OVER: Martha Stewart began the Blueprint special on her NBC show, taped two days after her company closed the magazine, with a disquisition on new media. “The world has changed. By blogging, they get information. By texting. By BlackBerrying. By surfing the Internet. Even using their cell phones to retrieve information on the go! So to keep in step with this very dynamic Blueprint audience, we’ve decided to change the Blueprint format from just the magazine, fusing it into a new group of ideas.”

She deftly avoided any hint of a retreat, saying simply that the company had “changed Blueprint’s format” to live on as a blog and a “featured entity” for Weddings. As for the magazines spread out in front of her, Stewart said cheerfully: “These issues just might become real collectors’ items!” None of the former Blueprint editors on the show — editor in chief Sarah Humphreys, fashion editor Katie Hatch and home editor Page Marchese Norman — lost their cool — but Stewart herself seemed to. As Humphreys demonstrated the making of a festive cocktail, Stewart complained she hadn’t been invited to Humphreys’ annual holiday party, held a day after the magazine folded. “I hear you had a party,” she said, adding that Humphreys had only invited her “after I confronted her.” And again at the end: “Next year you’ll invite me to your party, I hope.” Perhaps after a few more of those cocktails.
— Irin Carmon

GIFT OF TIME: It’s no secret that celebrities usually appear in advertising campaigns for big money, but Teri Hatcher and Ashton Kutcher, both of whom will appear in spring ads for Baume & Mercier, have agreed to donate all royalties to charities (as will their photographers). As “brand ambassadors,” it’s unclear, however, whether the two actors are required to wear the timepieces at events (remember Raymond Weil’s lawsuit against Charlize Theron last year?), although Hatcher already owned a Baume & Mercier watch and was seen wearing it on “Entertainment Tonight” last week. Kutcher, it seems, was brought on to appeal to the younger customer. “While Ashton may be younger than previous ambassadors, he still personifies modern classicism,” said Rudy Chavez, brand president, North America. Hatcher’s ad will be the first to run, in January, in Condé Nast Traveler and O, The Oprah Magazine, among others. Kutcher’s campaign will run in April.
— A.W.