Dylan Jones, the editor of British GQ, has teamed up with Anya Hindmarch to create the designer’s first men’s bag, called the Dylan Jones. 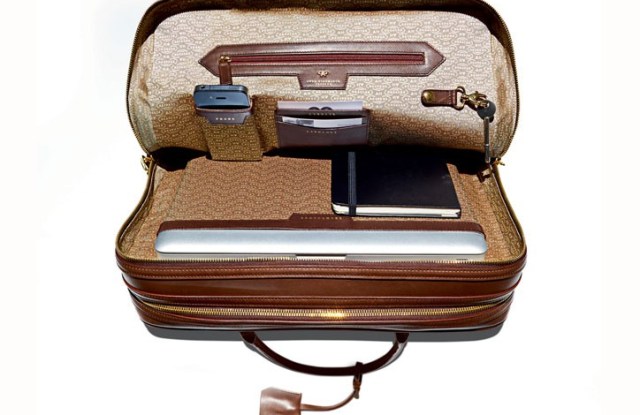 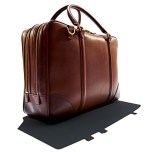 DESIGNER MEETS EDITOR: Naming bags after the model of the moment might be commonplace, but now magazine editors are getting in on the act. Dylan Jones, the editor of British GQ, has teamed up with Anya Hindmarch to create the designer’s first men’s bag, called the Dylan Jones. The duo dish on the bag in an article in the March issue of the magazine. “I have always been obsessed with men’s accessories, because there is such a straitjacket when it comes to the limitations of what men can and will — and indeed won’t — wear,” Hindmarch says.

The resulting design is a sleek attaché case in natural brown leather, lined in woven jacquard and bound in grosgrain ribbon. Inside, it has specially designed pockets for a BlackBerry, business cards, keys and a tablet computer. The bag will retail for 1,095 pounds, or $1,760 at current exchange. Jones said of the bag: “Admittedly, it’s not like having a battleship named after you, but I would be lying if I said I wasn’t rather flattered when Anya suggested I design a briefcase for her.”

The Dylan Jones bag is part of Hindmarch’s new Bespoke men’s collection. The initial line of 50 pieces includes items such as a made-to-measure wallet, an iPad cover, document cases and travel folios.