Memo Pad: Have Envelope, Will Travel … East of Edun

HAVE ENVELOPE, WILL TRAVEL: Condé Nast Traveler has found a successful strategy for luring celebrities to present at its annual Readers’ Choice Awards — send them packing. “[Editor in chief] Tom [Wallace] likes to... 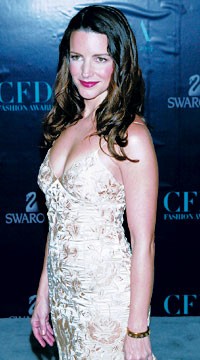 HAVE ENVELOPE, WILL TRAVEL: Condé Nast Traveler has found a successful strategy for luring celebrities to present at its annual Readers’ Choice Awards — send them packing. “[Editor in chief] Tom [Wallace] likes to play ‘travel agent’ and send all of the celebrity presenters to fabulous destinations chosen especially for them,” said a spokeswoman at the magazine (like WWD, a unit of Advance Publications Inc.). To wit, Glenn Close, Joshua Jackson, Anna Paquin, Kristin Davis and Angela Bassett all have signed on to open envelopes during next Thursday’s ceremony in the new Jazz at Lincoln Center space. And who could blame them? Last year, Cindy Crawford got to take her family to the Four Seasons Punta Mita outside Puerto Vallarta after presenting, while Chris Noth had only to hand out the “Best African Safari” and “Best African City” awards to earn a diving and fishing trip in Old Bahama Bay.

Hinting at where one of this year’s presenters might end up, Wallace said, “Anna Paquin is fluent in French,” before adding, “she’ll pick where she wants to go.” Wallace, a frequent traveler himself who jets to London and then Shanghai later this month, had no tips on avoiding jet lag for this year’s presenters. “It’s the lone downside of having this job,” said Wallace. “Given the upside, it’s not worth complaining about.” — Sara James

EAST OF EDUN: The photo of Bono on the cover of Black Book’s October/November issue is notable both for what the U2 frontman isn’t wearing and for what he is. The purple fabric swathing his head was made by Edun, the new fair-trade fashion label Bono founded in partnership with designer Rogan Gregory. Edun’s apparel line will debut next year, with pieces ranging in price from $50 to $250.

As for what Bono isn’t wearing, that would be his trademark oversized shades. “He said, ‘This is the first time anybody will be seeing me without my sunglasses in 15 years,’” recalled Black Book editor in chief Evan Schindler. As part of the issue’s “Face-to-Face” theme, Schindler arranged for Bono and supermodel Helena Christensen, who are old friends, to meet in the south of France, where U2 was recording its new album, and take pictures of each other wearing Edun. In the margins of the resulting photos Bono painted lyrics from the album for an overall effect that’s one part art, two parts self-promotion. — Jeff Bercovici