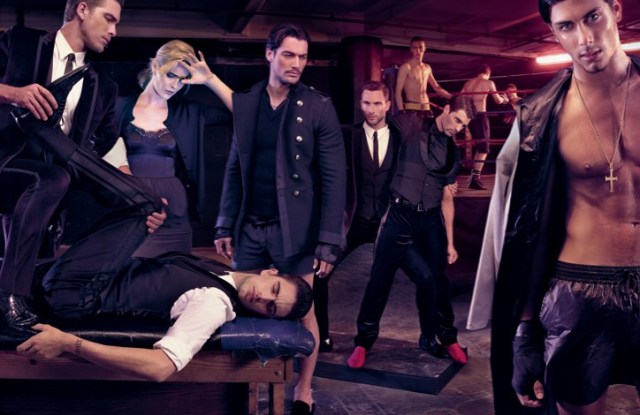 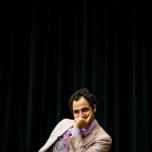 IN THE RING AND THE POOL: Dolce & Gabbana are hoping their fall ad campaign will be a knockout inside and outside the boxing ring — while the summer one for their underwear is headed to the pool. Taking inspiration from Italian film director Luchino Visconti’s pugilist flick “Rocco e I Suoi Fratelli” (“Rocco and His Brothers”), the campaign, shot by Steven Klein, features Madonna’s beau Jesus Luz, David Gandy, Noah Mills, Adam Senn, Julienne Quevenne and Eva Herzigova, in historical boxing sanctuary Gleason’s Gym in Brooklyn, the one-time training base of Mohammad Ali and Mike Tyson.

Meanwhile, the underwear campaign was shot by Mariano Vivanco and features five swimmers from the Italian national team — Nicola Cassio, Paolo Bossini, Emiliano Brembilla, Alessandro Terrin and Mirko Di Tora — posing in front of a pool at the Circolo Aniene de Roma, Rome’s historical swimming arena. The campaign breaks this month in leading publications in Italy, the U.K., France, Germany and Spain ahead of the World Swimming Championship to be held June 17 in Rome.

This story first appeared in the June 8, 2009 issue of WWD. Subscribe Today.

O’BRIEN TO EXIT?: Glenn O’Brien is said to be on his way out at Interview. As WWD reported on Wednesday, changes at the top are imminent at the magazine. According to sources, co-editorial director O’Brien is being pushed out, as the working relationship between him and owner Peter Brant appears to have deteriorated. O’Brien would be leaving just one year after joining Interview with Fabien Baron, who also had signed on as co-editorial director. Baron left the title in January. — Stephanie D. Smith

FOOD FOR THOUGHT: Most people know Zac Posen as the bon vivant New Yorker with a passion for dramatic designs, but fewer, perhaps, realize he is quite the foodie. Posen admits his waistline is often in flux, and while in high school in 1998, he won two Scholastic Art & Writing Awards, one of which was for a short story he wrote about a person who, because of a wrong measurement of an ingredient in a Martha Stewart recipe, is driven to kill the domestic queen. On Friday morning, Posen recalled this, and many other anecdotes, when he spoke to over 100 Scholastic Art & Writing Award winners at the Museum of Arts & Design on Columbus Circle in Manhattan. He told the crowd he never turns to trend forecasters while conceptualizing the next collection. “Curiosity is very important,” Posen said. “I am always trying to stay curious and open and take in knowledge. I think you create your own trend forecast.”

In the conversation with Susan Harris, the textile designer and founder of home furnishings brand SeaCloth, he also talked about his career path, inspirations and design process, the importance of being a communicator in this media-savvy age, and his culinary preferences. He favors vegetables and rice over a meat-heavy diet, and cooks at home three nights a week. “I went home after the Met ball and made a pasta sauce with whole wheat pasta and puff pastry, instead of going to a raucous party.” — Marc Karimzadeh