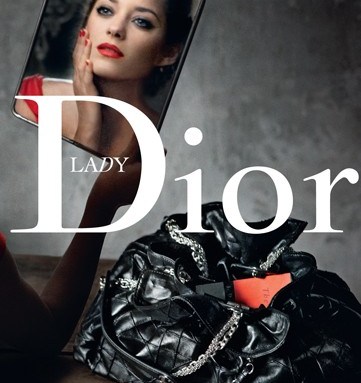 RED ALERT: The next chapter in the Lady Dior advertising saga, featuring Marion Cotillard, sees the actress continuing her adventures — this time in New York City as “Lady Red.” Print ads, photographed by Annie Leibovitz, are slated to break in August fashion titles and be plastered around Paris during fashion week in October. The cinematic image suggests a double life, as Cotillard stares into a mirror. Coming later in the season is a second scene depicting Cotillard getting ready for her close-up as a femme fatale. The Oscar-winning actress posed atop the Eiffel Tower in a campaign in the fall for the Lady Dior bag, and was also featured in a six-and-a-half-minute thriller for the Internet this spring as Dior puts more star power behind its brand and more intrigue into fashion advertising. A Dior spokeswoman said another online movie is planned for December, but it is not yet shot.

FUR NAOMI: Not about to be laid low in the recession, fur designer Dennis Basso has recruited Naomi Campbell for his fall ad campaign. The pair met when the supermodel dropped by his Madison Avenue store opening six years ago, and were reacquainted this winter at a Saint Moritz party Basso threw at Badrutt’s Palace Hotel. Once the logistics were ironed out, Basso lined up lensman Tom Munro, stylist Patti Wilson and creative director Giovanni Bianco for the Milk Studios shoot.

The designer declined to comment on the media buy, but industry sources estimated the investment is in the mid-six-figure dollar range. The ads will break in Vogue’s September issue, followed by W, Harper’s Bazaar, Elle and Town & Country. “During these economic times, we wanted to take the opportunity to be noticed — to show we are here and here to stay,” Basso said.

A TRIPLE: After playing it safe on the covers of Marie Claire and Vogue recently, Cameron Diaz is exposing her edgier side in the new issue of V magazine. The premise behind the shoot, which was inspired by True Blue-era Madonna, is how Diaz “toughens up,” by taking on challenging new roles and abandoning her golden-girl image. (Diaz currently stars in “My Sister’s Keeper” as the mother of a teenage girl who’s dying of cancer). For the V cover, Mert Alas and Marcus Piggott photographed a tattooed Diaz wearing Prada shorts and boots with a pointy bra, made from gaffer tape. The issue hits newsstands Tuesday.

NEW REVENUES: Elle.com has formed a partnership with Rue La La, a private sale Web site. In what could loosely be compared with the Gilt Groupe, Rue La La will provide Elle.com readers with access to invitation-only, limited-time sales from designer brands and lifestyle experiences. Each online boutique will last 48 hours and will offer merchandise at discounted prices from brands, as well as “editor’s picks.” Elle and Rue La La will share revenues from product sales, said a spokeswoman for Hachette Filipacchi Media U.S. “That is one of the beauties of the partnership — it produces a new revenue stream and provides a service to our users,” she said.

Speaking of Elle, the French version will be slashing its newsstand price from 2.30 euros, or $3.25, to 1.80 euros, or $2.55, in an effort to attract younger readers. The new Elle will be a little smaller then its current format and will go on sale beginning Aug. 14.

DANGEROUS CURVES: In a bid to keep its teen and young adult customers from text messaging while they’re driving (and to sell plenty of fall denim), Express is launching its first cause marketing campaign, in a partnership with The Entertainment Industry’s Voice for Road Safety and Elle magazine. Signaled by the slogan “Hit the Road Text Later Txt L8TR,” the Express effort marks a return to print advertising after a one-year absence and an attempt to plant the $1.8 billion brand in the everyday lives of its texting shoppers.

“When business is good, you take things for granted,” said Lisa Gavales, executive vice president and chief marketing officer at Express. “When the economy gets more difficult, you look for new ways to think. This is clearly relevant to our customer, who is [typically] texting thousands of times a month.”

The multimedia campaign will include print ads appearing exclusively in Elle’s August issue, out today, with the entertainers Ciara, Jesse McCartney, Scout Taylor-Compton and Brea Grant photographed by Patrick Demarchelier against the Los Angeles skyline, and postcards in Elle and online vouchers at Express.com asking people to sign a pledge stating, “I will not text and drive.” A public service video about the dangers of texting and driving will be posted at Express.com in late July. With a presence in the 540 Express stores, online, via direct mail and in Elle magazine, the fall campaign has the potential to reach 30 million people, Express estimated.