LIVING LARGE: It looks like there's definite demand for Domino, Conde Nast's new shop-for-your-home magazine. The first issue is on sale through next month, but early projections are pointing to a total newsstand sale of close to... 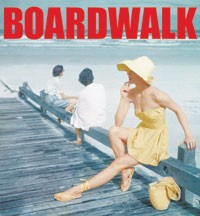 LIVING LARGE: It looks like there’s definite demand for Domino, Conde Nast’s new shop-for-your-home magazine. The first issue is on sale through next month, but early projections are pointing to a total newsstand sale of close to 200,000 — about twice what was initially projected. That would give Domino a sell-through rate of around 50 percent, well above the industry average of 34 percent. “It’s all gravy at this point,” said publisher Beth Fuchs Brenner. The magazine also has sold almost 300,000 subscriptions, meaning it will deliver a substantial bonus to advertisers on its rate base of 400,000. “It looks like we’ll raise that in January,” added Brenner.

Incidentally, the cover model on Domino’s premiere issue, Ruthie Sommers of Chapman Radcliff Home in Los Angeles, is one of eight designers who have signed on a for a project that will benefit New York families living with AIDS or H.I.V. The designers (who also include Celerie Kemble, Sara Bengur and David Netto) will create units in Woodycrest House, a former orphanage that is being renovated and opened up to the families, who will live there for free. Each unit will be reproduced five times, for a total of 40 apartments, which will be completed in January and shot for a feature in Domino.
— Jeff Bercovici

GENDER BENDER: The men’s sector may not seem like fertile poaching ground for women’s magazines, but that’s certainly been the trend lately, at least when it comes to visual talent. In January of 2004, Paul Martinez left the GQ art department to become creative director of Marie Claire. A year later, John Korpics jumped from Esquire to be creative director of In Style. Now, Korpics has hired Bradley Young, currently GQ’s photo director, to be the director of photography at In Style. Young replaces Laurie Kratochvil, who recently left the magazine. He starts on July 18, and his first issue will be October.

Prior to his two years at GQ — he joined shortly after Jim Nelson was named editor in chief — Young was at the first incarnation of Radar, the now-defunct Talk and Interview. At GQ, he has worked with high-profile photographers such as Mario Testino, Bruce Weber, Mark Seliger, Carter Smith and Michael Thompson, many of whom are contractually bound to GQ’s parent company, Conde Nast (like WWD, part of Advance Publications Inc.). In Style does not keep photographers under contract, but the magazine does have long-standing relationships with Ruven Afanador and Sante D’Orazio, among others. Young declined to comment on his plans for In Style’s photography.
— Sara James

BINN THERE, DONE THAT: Jason Binn is rolling the dice again, with a new magazine aimed at the patrons of Atlantic City’s burgeoning luxury economy. Called Boardwalk, the title will make its debut in spring 2006 and appear three times a year. Partnering with Binn on the launch are Sheldon Gordon, the real estate developer behind The Piers at Caesars, and Hanna Struever, who lined up many of the new shopping complex’s high-end retail clients. “It was just a perfect marriage,” Binn said of the partnership. His company, Niche Media, also is launching magazines in Boston and Washington in September, to be called Boston Common and Capitol File, respectively. And, as if that weren’t enough to keep him busy, Binn (who was recently named Ernst & Young’s entrepreneur of the year for the New York metro region) and his wife, Haley, are expecting their first child in September.
— J.B.