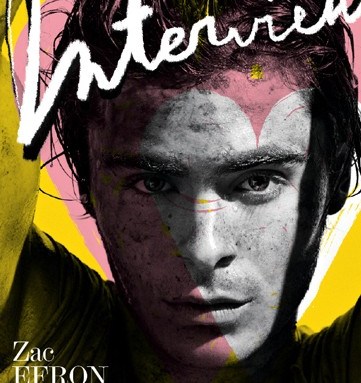 MOORE IN STORE: Barneys New York is celebrating GQ creative director Jim Moore’s upcoming CFDA Award in two of its Madison Avenue windows. Unveiled last week, the elaborate creations feature every single GQ cover from Moore’s 29-year tenure at the Condé Nast title — along with mood boards, a light box containing Moore’s head shot and a slew of plaques with hosannas from Giorgio Armani, Miuccia Prada and Tom Ford. “He’s one of the figures in men’s wear who really makes things happen,” said Simon Doonan, creative director of Barneys, on the decision to celebrate Moore’s upcoming Eleanor Lambert Award in the store’s window space. The Moore windows will be up for three weeks. — David Lipke

FACEBOOK IN THE LEAD: When it comes to time spent online, Facebook leads the competition. The social networking site recently posted an increase of 699 percent, to 13.8 billion total minutes in April, versus 1.7 billion in April 2008. According to a new report from Nielsen Online, MySpace had 4.9 billion total minutes, down 31 percent from 7.2 billion the year before. Blogger came in third, up 30 percent to 582 million minutes, and Tagged.com shot up 998 percent to 327 million minutes.

And while Twitter still has a long way to go if it hopes to reach the kind of numbers that Facebook and MySpace are posting, new figures from Nielsen revealed the up-and-coming microblogging site has recently made significant headway. Twitter posted a 3,712 percent increase in total minutes spent on the site, rising to 299 million minutes in April from just 7.8 million total minutes in April 2008. “Twitter has come on the scene in an explosive way, perhaps changing the outlook for the entire space,” said Jon Gibs, vice president, media and agency insights, Nielsen Online. “The one thing that is clear about social networking is that regardless of how fast a site is growing or how big it is, it can quickly fall out of favor with consumers.” Meanwhile, MySpace continues to lead the way with total video streams — at least among social networking and blog sites. Visitors to the News Corp.-owned site spent 384 million minutes viewing video, compared with Facebook, where visitors spent 113.5 million minutes viewing video in April. — Amy Wicks

TIME TO DEPART?: In a report issued Tuesday on Time Warner, Pali Research analyst Richard Greenfield said Time Inc. could be the next division to either be sold or separated from the company. “Unlike many of its media peers, we believe [chief executive] Jeff Bewkes and the Time Warner board of directors have no emotional attachment to the assets within Time Warner,” wrote Greenfield. He said with publishing set to represent under 10 percent of the company’s EBITDA, post AOL spin-off, and the difficulties in shifting Time Inc.’s magazine business to an online subscription model, it makes sense for Time Warner to “further simplify,” down to only cable networks and filmed entertainment in 2010. — A.W.

BRIGHT WHITES: The Standard New York was awash with models and designers bathed in white at a Monday party to celebrate the debut of Visionaire 56: Solar, the latest issue of Visionaire produced in collaboration with Calvin Klein. That’s because invitations mandated “dress code: white” for attendees, who included Tyra Banks, Gerard Butler, Chloë Sevigny, Alexander Wang, Diane von Furstenberg, Terry Richardson, Craig McDean, Doutzen Kroes and the party’s hosts: Visionaire’s Cecilia Dean, Stephen Gan and James Kaliardos and Calvin Klein creative directors Francisco Costa and Italo Zucchelli. The color came with the help of UV rays: The issue itself, on display in a special backlit case on the hotel balcony, is printed with a special ink that turns from white to colored when exposed to direct sunlight. Additionally, Costa and Zucchelli designed a dress and suit using the same ink used in the book. Both were on display in the middle of the event space, and will be on display at the Calvin Klein flagship beginning today. At least guests had some protection from the brilliant atmosphere: All were given Calvin Klein sunglasses as they entered the hotel. — S.D.S.