Playboy Enterprises’ stock surged 42 percent to $4.07 on Thursday on reports that Iconix Brand Group is in talks to buy the company. 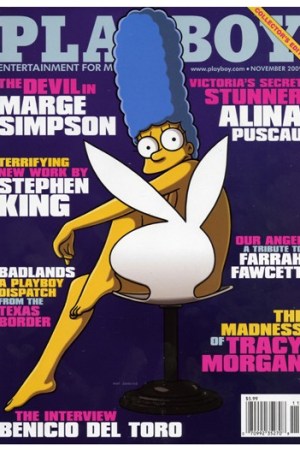 Playboy Enterprises’ stock surged 42 percent to $4.07 on Thursday on reports that Iconix Brand Group is in talks to buy the company. Just a few weeks ago, Iconix acquired a 51 percent stake in Ecko Enterprises and, earlier this year, the company added Ed Hardy to its portfolio. But while Playboy gained on the reports, Iconix, home to brands such as London Fog, Rocawear, Candie’s and Badgley Mischka, saw its shares fall 3.2 percent to $11.76. An Iconix spokeswoman had no comment on whether the company is interested in Playboy, which was first reported by Bloomberg, and no comment on whether Iconix could partner with Playboy or enter into a licensing deal.

Sources familiar with the operations of Playboy told WWD they could easily see Iconix taking on Playboy and handling its licensing and intellectual property work, while licensing out the publishing rights. Investment banker Richard Kestenbaum of Triangle Capital also believes the deal makes sense for Iconix. “Outside the United States, Playboy is a valid lifestyle brand, and Iconix understands how to capitalize on the lifestyle nature of the product,” said Kestenbaum. “Within the United States and elsewhere in the world, the Playboy media properties are a great way for Iconix to expand into other classifications and lay to rest the claim that Iconix is not capable of developing other products besides home and apparel. The company would enhance its position in the equity markets if investors understood that Iconix has the capability to go beyond the soft goods it is in.”

Bankers also said that whether a deal can get done will depend on the existing licensing income and whether Iconix can get the minimums it needs to justify the purchase price, either through existing ones or through new licensees.

Last year, only two segments of Playboy’s business were profitable — entertainment and licensing. Entertainment had an operating profit of $12.3 million on revenues of $167.2 million, while licensing generated almost twice as much operating profit — $23.7 million — on $40.4 million in revenues. Licensing has lower overhead and would understandably throw off better margins, but was enormously important to Playboy, as of course it would be to Iconix. A spokesman for Playboy declined to comment on the reports.

Earlier this year, Redbook editor in chief Stacy Morrison signed a six-figure deal to write her first book, a “prescriptive memoir” about her divorce, called “Falling Apart in One Piece.” In the first chapter, Morrison immediately brings the reader up to speed on the end of her marriage, which happened just as she was interviewing for the top job at Redbook. “This talk of divorce was coming at a spectacularly bad time,” Morrison wrote. “I was the primary breadwinner in our family, and I had recently been fired from a job I loved. Chris and I were still learning how to be parents; our cherubic son was still an infant. We owned this lovely, but needy, house, and the big mortgage that went along with it. And I was interviewing for a big new job, the job of my dreams: taking the helm of Redbook, a huge national magazine that was all about women living their grown-up lives — and in no small part, their married lives. The irony was as rich as buttercream frosting on a wedding cake.”

During the next few months, as Morrison became editor in chief at Redbook, her personal life continued to unravel as she dealt with a house flood, a beach house fire and two emergency room visits. Now, five years later, Morrison looks back on her divorce, which she now describes as the best thing that ever happened to her. Morrison will reveal more when the book, published by Simon & Schuster, arrives in bookstores March 23.

THROUGH A PINK LENS: Thomas Pink has beefed up its Web content with the launch of Pink TV, a series of service-oriented videos that went live on ThomasPink.com last week. The 12 shorts, each about two minutes long, are designed to educate the brand’s shirt shoppers with a mix of instructional and aspirational content. There’s a poetic primer on Jermyn Street (voiced by award-winning author and filmmaker William Boyd), the London street known as the center of bespoke shirts, and where Thomas Pink has a flagship, as well as a dissection of the brand’s shirt construction and design. Uninitiated consumers can also brush up on their shirt ironing and bow tieing skills — two of five tutorial videos in the “expert guides” section. “Thomas Pink prides itself on being the luxury shirt brand that combines British shirt-making heritage with distinctive style,” said Jonathan Heilbron, brand president and chief executive officer.

Robert Triefus, Gucci’s director of marketing and communications worldwide, said, “Her contribution has been essential in building on the overall image and the positioning for both the Gucci brand and its creative directors on a global level.”

Meanwhile, Roberto Cavalli has promoted Massimo Veneziano Broccia to worldwide executive director of global communications, effective immediately. The move follows the arrival of Gianluca Brozzetti in September as chief executive officer. Veneziano Broccia, previously communications licenses director, will report to Brozzetti and will also be in charge of media planning. Prior to Cavalli, Veneziano Broccia, 32, was head of the Italian press office at Versace and also worked at Dior, Alberta Ferretti and Sergio Rossi.

LORENZO’S TOIL: Lorenzo Martone is out to turn Jessica White into a singer and Julie Henderson into a skin care entrepreneur. The two models are among Martone’s first clients at the new talent and public relations agency, Arc NY, that he’s launching with Ryan Brown, former director of marketing at Elite Model Management.White is taking singing lessons, and Arc NY will help find music management for her, said Martone, who is the fiancé of Marc Jacobs. Henderson is developing a skin care line utilizing antioxidant grapefruit extracts (her grandfather created the Henderson grapefruit). Also on the client roster are Victoria’s Secret model Alessandra Ambrosio, heiress Lydia Hearst, Fernanda Motta and Valeria Mazza. The women will remain with their respective modeling agencies for their fashion work. Arc NY will handle their publicity, licensing deals, endorsements, personal appearances and also organize one-off special events, such as the impending Nov. 22 baby shower of model Adriana Lima at the Gramercy Park hotel, said Martone.

Each client pays Arc NY a retainer for publicity work, and an additional commission on any business deals closed on their behalf. Separate from the new venture, Martone will remain working as a strategist at ad agency Chandelier Creative.