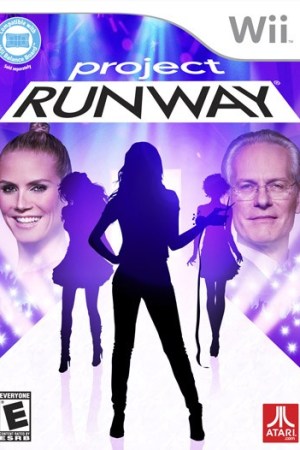 NOW, IT’S REALLY A GAME: “Project Runway” showed the public that producing clothes from idea to execution can be high drama. Now comes the video game version, which launches today. Players scroll through preselected clothing items to complete a look to win a challenge to make the best cutting-edge or hip-hop design, for example. They can add pizzazz by choosing color or length, among other options. After they complete the clothes, players pick makeup and a hairstyle, and a model strolls down the runway in the outfit. On the Wii Balance Board, players can strut along with their models.

After the runway, pithy quotes from judges Heidi Klum, Tim Gunn, Michael Kors and Nina Garcia, emerge on the screen. (They might say, “Where was the glamour? Where was the vision?”) Designs are then scored with stars. At the end, in the parlance of Klum on the television show, the player is either “in” and continues with the game, or “out” and must try again with another game.

This story first appeared in the March 2, 2010 issue of WWD. Subscribe Today.

Jonathan Anastas, vice president-head of marketing at Atari, which was licensed by The Weinstein Co., owner of “Project Runway,” touted the game’s expansive appeal a few months ago. But last month he said the game was skewed more toward a younger audience, likely girls about 6 to 12. “I could definitely see it being a slumber party game,” he said.

Anastas stressed the game was geared to mass retailers such as Best Buy, Wal-Mart, Target and Kmart. At Target, he said the $39 Wii game (a version for the PC is $19.99) will be promoted with in-store signage, and Atari is doing an offer with hair care brand Garnier Fructis, giving discounts on the game with a purchase of label’s products. — Rachel Brown

The bill for Oscar night will come to $16,000 for each of the two animated black-and-white spots, which will mark the first time Weatherproof has advertised around the Academy Awards.

Beyond the Oscars, Weatherproof will put its logotype and lighthouse emblem on the covers of the tarpaulins along the third base line at Yankee Stadium for the second time this spring. The company is negotiating to do similar tarp treatments at Dodger Stadium in Los Angeles; U.S. Cellular Field, home of the Chicago White Sox, and the Milwaukee Brewers’ Miller Park. — Valerie Seckler