RADAR HAS A LOCK: Admit it: You doubted him. You thought Maer Roshan would never find a backer for Radar, his pop culture magazine. Well, he’s got some words for you: “I told you so.” Roshan, former editorial director... 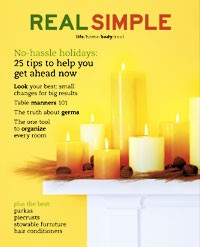 RADAR HAS A LOCK: Admit it: You doubted him. You thought Maer Roshan would never find a backer for Radar, his pop culture magazine. Well, he’s got some words for you: “I told you so.” Roshan, former editorial director of Talk, has secured what he described as “a substantial and long-term investment” from New York Daily News owner Mort Zuckerman and financier Jeffrey Epstein. (Roshan would not specify the amount.) The two billionaires were part of a loose consortium (along with Donny Deutsch, Nelson Peltz and Harvey Weinstein) who attempted to buy New York magazine in December, only to be outbid by investment banker Bruce Wasserstein.

Radar, which has been on hiatus since publishing two test issues in 2003, will publish four times next year, beginning in April. A number of editors who worked on the two test issues will return for the launch, including Drew Lee (who had been freelancing at Us Weekly), Hanya Yanagihara, Alexandra Marshall, Christopher Tennant and Jill Swid. Former Fast Co. publisher Linda Sepp will serve as publisher, while Paul Fish, former chief financial officer of Dennis Publishing, will be general manager. Roshan, of course, will be editor in chief.

“It’s a success story and a victory for people who believe in journalism,” he said. “As corny and as twee as that sounds, I believe it.” He’ll believe it even more if Radar makes it to 2006. — Jeff Bercovici

SIMPLE PLANS: The four-year-old Real Simple masthead is undergoing another growth spurt. After spending less than five months at Budget Living as a senior editor, Sarah Humphreys is headed back to the magazine to oversee Real Simple’s books and international divisions. Humphreys starts as special projects editor on Monday and will report directly to her former boss, managing editor Kristin van Ogtrop. Though a spokeswoman for the magazine declined to elaborate on what countries are likely to adopt the pared-down lifestyle bible, van Ogtrop is said to be eyeing a spring launch for the first of Real Simple’s international editions. And following “Real Simple: The Organized Home,” which was published through Time Inc. Entertainment, the magazine’s second book is due at the printers in early March.

This story first appeared in the October 19, 2004 issue of WWD. Subscribe Today.

Meanwhile, longtime Real Simple freelancer Elizabeth Graves has been brought on staff as a senior beauty editor, reporting to beauty and wellness director Corynne Corbett. Features editor of Metro New York Jon Barrett and Maria Schollenbarger of Shop Etc. also join the publication as senior editors. And Alexis Givens, who previously has worked at House Beautiful and VH1, has been named an associate editor in the magazine’s home department. — Sara James

IRON MEN: Forget the baseball playoffs — the real game in town is the new season of “Iron Chef America,” which has been in production for two weeks in a studio at Chelsea Market. Last Tuesday, the defending champ was Food Network star Mario Batali, the challenger was Robert Trevino and the secret ingredient was live catfish. Batali got off to a slow start when it took him three blows to behead one critter — “He was feisty,” he said afterward — but rallied to produce five dishes. “This is far less controlled” than the kitchen at Babbo, his Manhattan flagship, he added. “There’s much more potential for disaster.”

Among the judges for the match was Vogue food writer Jeffrey Steingarten, who used the opportunity to educate host Alton Brown on the difference between Israeli and Sardinian couscous. “I’ve been a fanatic follower of ‘Iron Chef’ ever since the early series in Japan,” he said during a break in taping. “I actually liked it better with subtitles because then you could hear all the totally weird Japanese voices. They all sound kind of like John Belushi.”

City magazine publisher and Lever House co-owner John McDonald also judged an episode taped last week; the theme of that episode was squash. McDonald said he was impressed at what the chefs were able to throw together in an hour. “In some cases I would say it’s 85 percent comparable to restaurant food, which in my opinion is a really high number.” — J.B.