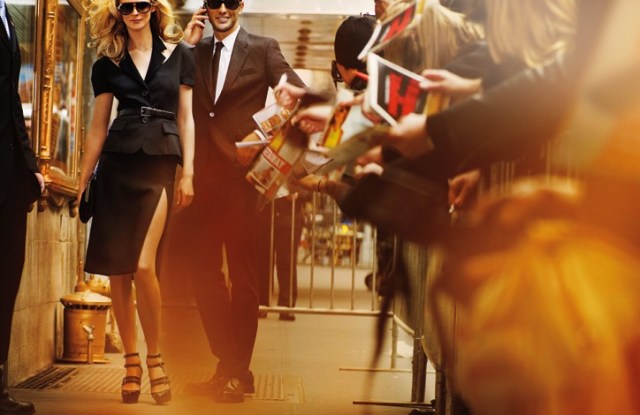 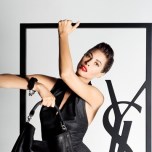 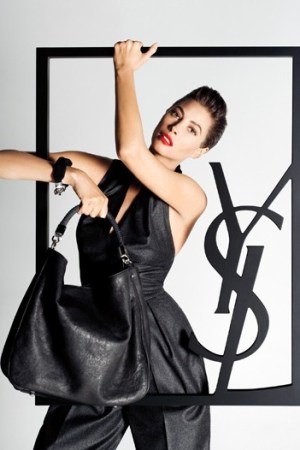 RETURN ENGAGEMENT: Michael Kors has had a long run with models Carmen Kass and Noah Mills in his ad campaigns and on his runway, and he’s bringing the duo back for fall. After shooting past campaigns on private jets, chauffeured cars and yachts around the globe, the fall campaign was shot in New York City to reflect the urban nature of the season. Mario Testino photographed Kass and Mills entering and leaving a Broadway theater. “Michael is an avid fan of the theater and has been attending Broadway shows since the tender age of five,” said a spokesman, who added the media spend is flat compared to last year. The ads will break in the August issues of American, British, Russian and Italian Vogue, Harper’s Bazaar and W. — Amy Wicks

This story first appeared in the June 30, 2009 issue of WWD. Subscribe Today.

SKIN IS IN: A naked man is back in an Yves Saint Laurent campaign — albeit in the background. For the French house’s fall-winter campaign, Spanish supermodel and Kylie Minogue squeeze Andrés Velencoso figures as a “sculptural element” in racy ads featuring lots of black leather, pin-striped flannel and Christy Turlington, her hair swept back by Luigi Murenu, her lips painted vivid red by Tom Pecheux. YSL’s Stefano Pilati has been on a supermodel kick for several seasons and Turlington follows campaigns with Claudia Schiffer, Naomi Campbell, Kate Moss and Gisele Bündchen. YSL said the ads break in August magazines and will also appear in its “Manifesto” advertising flyer to be distributed worldwide on Sept. 12. YSL first made waves with nudity in advertising in 1971 when the founding couturier posed in his birthday suit for YSL Pour Homme fragrance. — Miles Socha

SWAPPING TITLES: In the second series of appointments in as many weeks, Fairchild Fashion Group president and chief executive Richard Beckman tapped three associate publishers for WWD on Monday — Erica Bartman, Elizabeth Webbe Lunny and Paula Fortgang. Bartman was previously an associate publisher at Vogue, where she helped launch Teen Vogue and Men’s Vogue. She was also publisher of Allure from 1998 to 2000. Lunny has been a corporate sales director for Condé Nast Media Group since 2004, and also has been the accessories director for Vogue. Fortgang was most recently advertising director, international fashion for Vanity Fair. She has also held the position of fashion director for The New Yorker and Vanity Fair, and was corporate fashion director at the Condé Nast Media Group.

“Erica, Paula and Elizabeth are some of the best professionals I have worked with in my time at Condé Nast,” said Beckman. “Each will bring great intelligence and intensity to their new positions at Women’s Wear Daily.”

MORE TRIBUTES: Add the National Magazine Company to the growing list of publishers rushing special Michael Jackson tribute issues to newsstands. NatMag, Hearst’s principal business in the U.K., will debut a 132-page commemorative magazine beginning today. The company is printing 200,000 copies, at approximately $5 a pop, that will remain on newsstands for a month. “There are few people in the world as famous as Michael Jackson or as well-loved, and we felt that his fans throughout the U.K. deserved a special, unbranded tribute issue,” said Jessica Burley, managing director of NatMag. — A.W.