SPIN FOR MIN?: So it's happily ever after for Janice Min and Us Weekly? It would certainly appear that way. Speaking to WWD Thursday, Wenner Media vice chairman Kent Brownridge confirmed a report in... 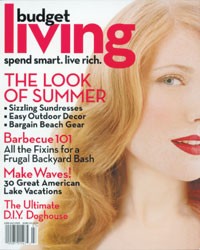 SPIN FOR MIN?: So it’s happily ever after for Janice Min and Us Weekly? It would certainly appear that way. Speaking to WWD Thursday, Wenner Media vice chairman Kent Brownridge confirmed a report in the New York Post that Min has agreed to a new contract. (He declined to discuss the details of the deal, which the Post said was a two-year package worth $1.2 million per year, plus bonuses.) Brownridge added that Min accepted the terms last week.

But some well-placed observers, noting that Min herself has studiously avoided confirming anything, wonder whether the whole thing might be a stratagem aimed at pressuring her into signing at once rather than haggling over the fine print. “It’s a ploy,” claimed a source with extensive knowledge of Wenner’s inner workings. “This is Kent’s spin.” The source cited a February 2003 report in the Post claiming that then-editor Bonnie Fuller had agreed to a new three-year contract, with quotes from both Fuller and Jann Wenner. Four months later, Fuller left for American Media, never having signed anything.

Of course, that actually worked out rather well for Wenner, with Min building on her predecessor’s momentum. Which may explain why Wenner let it go until now rather than lock her in with a new deal weeks ago. “Jann doesn’t feel he needs anybody,” said the source.
— Jeff Bercovici

OVER BUDGET: Budget Living just lost another top editor. Alex Bhattacharji has resigned. Bhattacharji was executive editor under founding editor in chief Sarah Gray Miller and was promoted to head editor shortly after Miller quit in April. Under their leadership, the magazine won a National Magazine Award for general excellence in 2004. While Bhattacharji was expected to serve as the magazine’s top editor going forward, he chose to resign instead, saying in part, “It was just time to go.” Also apparently factoring into his decision was the new direction in which chairman and chief executive officer of Budget Living LLC, Don Welsh, has indicated he wants the magazine to go.

Welsh told WWD in April, “We launched … right after the World Trade Center attacks. I think there’s more optimism now, more spending going on, and I think the magazine will reflect that in the future.” The push to take the frugal title more upscale was also said to be the reason behind Miller’s departure. She left shortly after completing a redesign that downplays the word “budget” in the magazine’s title.

Budget Living, currently a bimonthly, will go monthly this fall, so it is a particularly inopportune time for a top-level staff shuffle. Bhattacharji is said to be staying on until July 15 and then is off to Italy before he tackles two consulting jobs. According to a source at the magazine, he may have his eye on another launch next.
— Sara James

SLOW OUT OF THE GATE: At last, a sign that there are limits to the American consumer’s appetite for celebrity gossip. Sales for Inside TV, the tabloid-style TV Guide spin-off launched in May, have been underwhelming, according to projections supplied by competing publishers. Those projections show Inside TV posting average single-copy sales of about 108,000 in its first month on newsstands. That would give it a sell-through rate of about 11 percent — far below the industry average of 33 percent.

Officials from TV Guide disputed those numbers, saying the sample they were based on was not representative of the overall sales picture, but declined to provide their own estimates. “We’ve seen very significant growth,” said Chuck Cordray, senior vice president of consumer marketing. “We’ve more than doubled our average sale.” He added that the magazine has acquired close to 100,000 checkout pockets, up from around 65,000 at launch. “Our pocket goals have been ambitious and we’ve delivered on them.” He added that the magazine was on track to reach its target circulation of 400,000 by the end of the year.

Still, by the standards of the explosive celebrity category, those numbers are hardly cause for celebration, said Kent Brownridge, vice chairman of Wenner Media. “If you’re selling under 200,000 [copies] in this market, you’re an unmitigated, unqualified failure.”
— J.B.

LENSMEN SET LOOSE: Three photographers who were arrested for violating French intellectual property laws in Paris following the March 2003 ready-to-wear shows have been cleared of all charges. Don Ashby, Marcio Madeira and Olivier Claisse were taken into custody after the Chanel show in 2003 and spent 33 hours in a French jail before they were released on bail. At issue were the rights to images taken at the collections. In France, designers own all imagery of their shows, regardless of the photographer. The French Fashion Federation also, according to Ashby, prohibits any publication from showing more than six or seven pictures from a collection and embargoes all photography for the first three months after a show, though rarely are these rules enforced. Since images taken by the photographers were being uploaded to the Web site Firstview.com without permission from the designers, Ashby, Madeira and Claisse were technically in violation of French law. However, when their case finally made it to court this year, their lawyers argued that the legislation is outdated, and last week, a ruling was finally handed down in favor of the defendants.

“We’re not sneaking into the shows. We were invited,” said Ashby, who is an accredited photographer for The New York Times. (Madeira and Claisse shoot for magazines.) “And if every magazine or newspaper wrote in and asked for permission to use images, each designer would have to have another person or two on staff, just to handle all the requests … The court, I guess, saw through some of the ridiculousness of the charges.”

Regardless, the photographers still amended their practices and now seek permission from designers before posting images on Firstview.com. Said Ashby: “After sitting in jail for 33 hours, we decided to be a little more flexible.”
— S. J.

PAPER CHASE: The season of 800-page September issues is almost upon us. Normally, that’s something for publishers to get excited about, but this year, it has them worried, too. That’s because all that paper has to come from somewhere, and much of it comes from a place — Finland — that isn’t making any of it at the moment. A six-week-old strike has shut down the country’s entire paper industry, which generates roughly 15 percent of the global paper supply. On Thursday, unions turned down the latest proposal from a government-appointed mediator, meaning production won’t resume until mid-July at the earliest. When it does, it will still be another eight weeks before Finnish paper is again flowing into the U.S.

What does that mean for American magazine publishers? So far, not much. “The metrics would indicate there should be chaos in the market, but there isn’t,” said a paper-industry source who wished to remain anonymous. In part, that’s because U.S. publishers are much less dependent on Finnish paper than their European counterparts. At least two, Wenner Media and Hearst Magazines, buy no Finnish paper at all (although Hearst’s U.K. counterpart does). But others, including Time Inc. and Conde Nast, rely at least partially on coated groundwood from Finnish mills. As the strike wears on and that becomes scarcer, magazines may be forced to print on more expensive coated freesheet, normally used only for covers. For the biggest publishers, that could translate into hundreds of thousands of dollars per month in added costs, according to the paper-industry source.

The situation is not yet that dire. The strike “is contributing to an overall climate of increasing prices,” according to a production executive at a major magazine company. But as printers gear up for those September issues and Christmas catalogues, the specter of a spike looms. “Price can be affected by irrational behaviors,” said the executive. “What’s always at risk is somebody who could not get paper makes a silly offer for it and starts to drive pricing as a result.”
— J.B.

ALL THE VIXENS: Vibe has declared victory for Vixen. The new beauty and fashion spin-off will appear four times in 2006, according to Len Burnett, who recently joined Vibe as group publisher. Its rate base will be 425,000. Mimi Valdes, who serves as editor in chief of both titles, said the next issue of Vixen, due out Aug. 23, will differ considerably from the debut issue that appeared in February, with a new design, including a reconfigured logo and more beauty, fashion, health and relationship coverage. “The first one we did was very much a special issue,” she said. “It was a girly version of what we do at Vibe. This one will have its own identity.”
— J.B.

ART AND COMMERCE: On Wednesday, Visionaire and D.A.P. opened a guerrilla bookstore in Visionaire’s SoHo gallery space. The store will be open until Sept. 8 and features close to 400 new, rare and limited-edition titles distributed by D.A.P. Last night, Tina Barney was there to sign copies of her new book of photographs, “The Europeans.” Barney, who built her career taking pictures of patrician Americans, said on Thursday by phone, “I think [Europeans are] more formal [than Americans], in their mannerisms, anyway. Just in the way that they move and speak and address others.” Discussing what or whom she hopes to photograph next, Barney said, “I’m not sure yet. I definitely want it to be at home, in America. After working for these many years, it’s hard to find a subject that I want to connect to, with how I feel about the world and how I feel about America and where it’s headed.” Artbook at Visionaire events with Jenny Holzer, Vanessa Beecroft, Richard Prince and Alex Katz are planned for later in the summer.
— S. J.