V magazine’s May issue is the fashion insider’s answer to the annual Sports Illustrated Swimsuit issue. 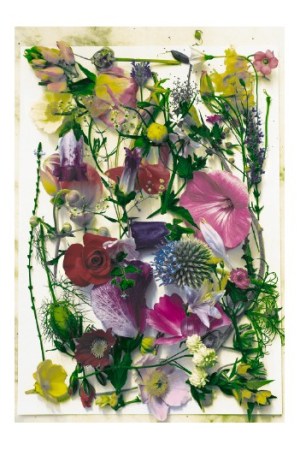 IN THE SWIM: V magazine’s May issue is the fashion insider’s answer to the annual Sports Illustrated Swimsuit issue. Editor in chief Stephen Gan and Mario Testino started talking about producing a different kind of swimsuit issue last year and chose models that had a special connection to Testino. The magazine, on newsstands now, has six different covers, featuring Kate Moss, Gisele Bündchen, Naomi Campbell, Claudia Schiffer, Eva Herzigova and Daria Werbowy. “Our only requirement was that these were six cover girls known immediately by their first names,” said Gan.

Meanwhile, the newest edition of Gan’s other side project — Visionaire — will play tricks on the eyes. The spring edition features images from photographers, including Mario Sorrenti, Alex Katz, M/M Paris, Yoko Ono, Roe Ethridge, Peter Lindbergh and David Sims that have been printed with a special ink that changes color from black and white to color in direct sunlight. Visionaire 56 SOLAR was produced in partnership with Calvin Klein, and can be purchased at the Calvin Klein Collection store on Madison Avenue, and other specialty stores for $250. The issue will be released this month. In addition, Calvin Klein creative directors Francisco Costa and Italo Zucchelli will design a one-of-a-kind dress and suit with materials dyed with the same UV-sensitive ink used in the issue. Visionaire will reveal the designs at a June 1 party. — Amy Wicks and S.D.S.

BABY BOOTY: Children were top of mind at a dinner at Park Avenue Spring for Jennifer Garner, hosted by InStyle managing editor Ariel Foxman on Thursday night. For one, the dinner celebrated Garner’s new role as artist ambassador for Save the Children. The actress, whose new movie “Ghosts of Girlfriends Past” hit theaters May 1, sought out the charity because of the work the organization does so young children can get access to early learning tools and resources. “I’ve been looking for a way to help kids like the ones I grew up with in rural America who don’t have a leg up, who don’t have parents who can take them to music class, to art class or who don’t have parents who are around other parents to help model for them ways to invigorate a child and make them eager to learn more,” she said.

Garner, who recently gave birth to her second daughter, Seraphina Rose Elizabeth, wore a black Carolina Herrera dress for the event. “Dressing after baby I find to be a challenge, because I’ve got…these — ” she said, grabbing her chest. “They’re great. I need them. They’re not easy to dress. They’re not the body issue I’m used to dealing with.” But other guests shared Garner’s struggle to find a sartorial strategy after having a baby, including Rachel Roy. She was reprimanded by a friend over one particularly revealing look. “A very good friend of mine said, ‘Darling, you’re a mother of two. You must lengthen that dress!’” said Roy. “I guess I was excited to fit into my samples finally, which hasn’t happened in about two years. I’d much rather have the two kids than the miniskirt. But it was a little too high.”

Also in attendance were Francisco Costa, who attended the event before presenting an award at the National Magazine Awards; Molly Sims; “Friday Night Lights” actress Connie Britton; Chris Benz; Thakoon Panichgul; Richard Chai, and Rag & Bone’s David Neville and Marcus Wainright. Not surprisingly, most guests felt First Lady Michelle Obama embodied impeccable mommy style, but InStyle fashion director Hal Rubenstein had one criticism. “I just wish she’d wear a higher heel. Her husband is smart enough and has a strong enough ego. If she stood a bit taller, so what? Every woman looks better in a high heel. Her skirts would have a better line. Her legs — she has these great legs — would look even better.” — S.D.S.