Memo Pad: Telling All — At Least About The Face… Rising Son…

Plastic surgery may be a well-trod topic in women's magazines, but that doesn't mean their editors are volunteering how much of it they've had.

By Katya Foreman and Irin Carmon and Stephanie D. Smith on May 8, 2008
View Slideshow 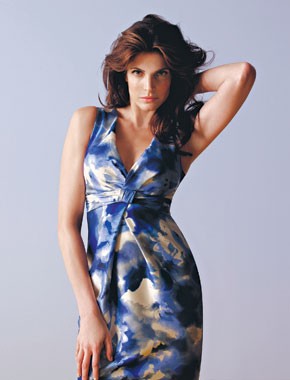 TELLING ALL — AT LEAST ABOUT THE FACE: Plastic surgery may be a well-trod topic in women’s magazines, but that doesn’t mean their editors are volunteering how much of it they’ve had. So More editor in chief Lesley Jane Seymour can hope to make at least a small splash with an unretouched photo and some very detailed credits: “Highlights to cover gray by Rita Hazan…strong arms from working out every morning, Botox (yes!) and collagen by Dr. Pat Wexler.”

That’s alongside a story in the June issue about women’s reluctance to admit to plastic surgery — Seymour’s idea, natch. “Everyone [on staff] said, ‘We can’t talk about plastic surgery, the reader’s totally natural,'” Seymour, the former editor in chief of Marie Claire and Redbook, told WWD. “Then I went into the research and found out that our reader is 300 percent more likely to have had a beauty procedure than any other 40 year old.”

This story first appeared in the May 8, 2008 issue of WWD. Subscribe Today.

The More that was created under Peggy Northrop (who decamped for Reader’s Digest) is also getting, well, a facelift: It’s hunting for a creative director to replace Maxine Davidowitz for a planned October redesign, there’s a new beauty column and a monthly style icon profile that kicks off with Diane von Furstenberg. Earlier this spring, Seymour hired Judith Coyne, formerly of Good Housekeeping, as executive editor, and Regina Haymes, who worked for her at Marie Claire, as fashion director.

For Seymour, editing a niche title for women over 40 hits closer to home. “I don’t have to be myself but 10 years younger, or be myself but more in the Midwest. I can be myself, and that’s what’s really, really fabulous,” she said.

The magazine has been a rare growth story both with readers and advertisers, but it remains to be seen whether readers who embraced More for how it differed from traditional women’s magazines will stick around for more fashion and beauty.

RISING SON: Antoine Arnault’s appointment as a member of the committee for editorial independence at Les Echos has provoked an outcry from the Society of Journalists in Paris. The committee had already expressed fierce opposition to the acquisition of the financial daily by Arnault’s father, LVMH chief Bernard Arnault, last December. Since May 2, the younger Arnault, LVMH’s director of communication, also sits on the paper’s observation committee, according to a spokeswoman for Les Echos. Henri Gibier was nominated editor in chief of Les Echos by the committee on Tuesday, following the departure in February of Erik Izraelewicz, who is now editor in chief of the rival business daily La Tribune. Gibier’s nomination will be presented to the editorial team of Les Echos on May 14, with the right to veto.

SHE’S THE ONE: Stephanie Seymour has been everywhere recently — from a new Gap campaign to appearing as the cover girl (and main subject) of the spring-summer issue of Pop magazine, to her work as brand ambassador for Chantelle. She was also recently named a contributing fashion editor at Interview.

Terron Schaefer, Saks Fifth Avenue’s group senior vice president of creative and marketing, was struck by her work for Chantelle and Pop, so he’s booked Seymour as the only model for all 63 pages of the retailer’s fall preview book. It’s the first time, at least during his tenure, that only one model has appeared in one of its books. “She embodies everything that the Saks customer can relate to,” he added, noting her age (she’ll be 40 in July) and the fact that she’s the mother of four. Seymour was shot at Pier 59 in New York by three photographers: Nathaniel Goldberg, Sebastián Faena and Jamie Isaia. New for fall is Bill Blass’ ready-to-wear collection designed by Peter Som, and Proenza Schouler. Seymour was also photographed in Prada, Gucci, Chanel, Giorgio Armani, Carolina Herrera and more.

A few months after the fall book hits mailboxes, Saks will have a 24-page designer portfolio in the August issue of W magazine. Each page will feature a different model — from ages 17 (Chanel Iman) to 78 (Carmen). The portfolio hasn’t been shot, said Schaefer, but he noted Saks is only working with Ford Models and the models will all be shot by portrait photographer Peggy Sirota. Selections from the shoot will also appear in Vogue, Harper’s Bazaar, Elle, Vanity Fair and Town & Country.

ALL FOR GLENDA: Tony and Cherie Blair couldn’t join a host of American fashion designers who turned out Tuesday night for a party at the U.K. Consul’s residence to celebrate Glenda Bailey’s recognition as an Officer of the Order of the British Empire. So instead, the Blairs sent a video message congratulating her on the honor. Those physically toasting Bailey’s award included Ralph Lauren, David Lauren, Michael Kors (who stopped into the party before heading to the Mary J. Blige and Jay-Z concert at Madison Square Garden), Zac Posen, Tory Burch, Tommy Hilfiger, Matthew Williamson, Martha Stewart, Iman, Simon Doonan, Jonathan Adler, Narciso Rodriguez, Francisco Costa and Rachel Zoe. Bailey, who carried a limited edition Chanel bag emblazoned with the British Union Jack, remarked that her longtime partner, Stephen Sumner, believed she deserved the honor for her consumption habits as much as for her work in journalism. “[Steve is] convinced I’ve won this because I shop for Britain. He thinks OBE stands for ‘Owns Bloody Everything.'”