On Wednesday, Allure.com launched e-commerce through Quidsi, the parent of Soap.com and BeautyBar.com. 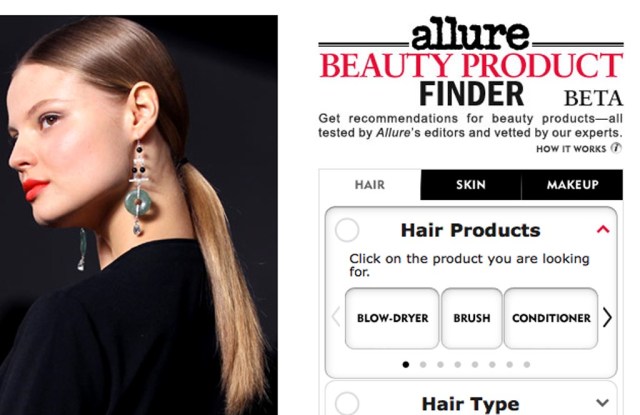 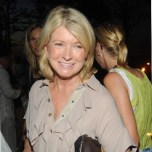 THE ALLURE OF SHOPPING: A comment Donatella Versace made to Linda Wells a few years ago got the Allure editor in chief thinking. “Donatella told me she buys everything the magazine recommends every month,” Wells recalled. The idea of marrying Allure’s editorial content with e-commerce was something that intrigued Wells. “We know that women have always shopped from the magazine,” she said, adding that many of Allure’s 700,000 monthly online readers bring pages torn from the magazine to stores. Now they won’t have to. Allure.com on Wednesday launched e-commerce through Quidsi, the parent of Soap.com and BeautyBar.com.

“Allure chose us because we’re able to offer mass and prestige beauty,” said BeautyBar.com site director Katina Mountanos. The integration of content and commerce is intended to be seamless. Shoppers reading an expert review can click a “buy now” button to purchase the product and a shopping cart will start to fill, following them through the Web site. At checkout, consumers are taken to Beautybar.com. A product finder tool, driven by thousands of Allure product review pages, offers personalized recommendations. Wells said the relaunched Web site will keep a firm line between “church and state” — advertising and editorial. “We went about this very carefully and very thoughtfully,” she said. “Our integrity and independence is our editorial identity. In the magazine we cover products that are advertised and products that aren’t. It’s the same with the e-commerce.”

L’OREAL, TWICE BITTEN: L’Oréal has fallen foul of advertising regulators in the U.K., who ruled this week that ads for two of its foundations were misleading. On Wednesday, Britain’s Advertising Standards Authority, the independent regulator of advertising across all media and Web site marketing, took issue with an ad for The Eraser foundation by Maybelline, which features Christy Turlington, and one for Teint Miracle by Lancôme, whose poster girl is Julia Roberts.

Jo Swinson, a Scottish Liberal Democrat politician and a member of parliament, brought both ads to the ASA’s attention, saying the luminous images of models’ skin was the result of digital manipulation and not product. In both cases, L’Oréal admitted that postproduction retouching had indeed taken place, but the ASA said it was not given enough information by the French cosmetics giant to determine what effect the enhancements had on the final images.

Maybelline said Wednesday it was disappointed with the ruling. “The advertisement features Christy Turlington who has beautiful skin, and features a product that has been proved scientifically to conceal imperfections,” the company said. “Even though the ad features an obviously illustrated effect, some lines are still clearly visible beneath the illustration, and we do not believe that the ad exaggerates the effect that can be achieved using this product.”

Lancôme offered a similar view: “Teint Miracle has been proved scientifically to provide luminosity to the skin. We do not believe that the ad exaggerates the effect that can be achieved using this product.”

The ASA ruled that both ads must not appear in their current form again.

Swinson, a body confidence campaigner, said on her parliamentary Web site: “Shockingly, even the ASA weren’t contractually allowed to see the preproduction photo of Julia Roberts.…Excessive airbrushing and digital manipulation techniques have become the norm.…This ban sends a powerful message to advertisers — let’s get back to reality.”

MSLO UPDATE: It’s still in the early days of the “strategic exploration,” process for Martha Stewart Living Omnimedia, but if a sale does go down, insiders speculate it will probably happen with a private equity firm, as opposed to a media company. “I think private equity is more likely because most publishers would find it difficult to work with her, and private equity wouldn’t have the conflict between her involvement and existing creative talent,” said one source. The price tag on such a deal? Some have speculated that MSLO could fetch around $7 a share, a considerable jump over the current price of $4.04.

Looking ahead, there are a few potential issues buyers are most likely weighing, including the fact that Martha Stewart is about to turn 70 and the company’s success (which includes Stewart hosting a TV show) relies heavily upon her involvement. Since Oprah Winfrey left her talk show, for example, advertising for the August issue of O, The Oprah Magazine plummeted 31 percent. To be fair, even with Stewart around, advertising in the August issue of Martha Stewart Living also declined, falling 14 percent.

Whoever might be kicking the tires at MSLO, clearly any buyer faces a bit of a turnaround situation. On Tuesday, MSLO reported second-quarter revenues of $54.9 million, down slightly over a year ago, but the net loss has grown to $2.9 million, compared to $1.2 million during the second quarter in 2010. The publishing division, which includes the flagship title and Whole Living, reported revenues decreased 3.3 percent to $34.1 million, due to uneven ad performance.

CHELSEA’S CAUSE: Chelsea Clinton has a new pet cause: trying to make the Internet a safer place for children. “Media and technology can empower kids to create, explore, connect and grow, and yet it also poses very clear risks and dangers to our children,” Clinton said on the 44th floor of the Hearst Tower on Tuesday night. “Every day our kids are creating, consuming and disseminating media, and every day we have to think about how to help them do that responsibly,” she continued. Clinton was introducing a panel about Internet privacy, moderated by Marie Claire editor in chief Joanna Coles, with Facebook marketing director Randi Zuckerberg; ESPN sideline reporter Erin Andrews, and Amy Guggenheim Shenkan, the president of Common Sense Media, a nonprofit advocacy group on whose board Clinton sits. The group is in favor of adding what Shenkan called “an erase button” to the Internet that would allow people to erase unwanted information about themselves. After her introduction, Clinton took a seat in the front row.

The panel was supposed to be about “Social media: the perils and the possibilities of living in a digital world,” but that proved a tough bite to chew. There wasn’t much of a chance for Zuckerberg (an ambassador for Big Internet), Andrews (whose career was dramatically changed by a video filmed through the peep hole of her hotel room that was posted online by a stalker) and Guggenheim (the head of the advocacy group) to really discuss each other’s ideas on such a sprawling topic. Andrews and Guggenheim both confessed to limited knowledge about the nuts and bolts of how the Internet works, while Zuckerberg was often put on the defensive when fingers were pointed at Facebook for having dangerous attitudes about privacy online.

Listening to Andrews discuss the ordeal of trying to have the video of her removed from the Internet was the most interesting part of the evening by far. “It was the biggest violation, biggest embarrassment of my life,” she said about the video, describing the FBI investigation and her frustration dealing with companies like Google, which she said had little more than empty promises for her about removing the video from search results. “I can’t get it down,” she said. “I still can’t get it down.” Marie Claire editor at large Abigail Pesta interviewed Andrews about her experience for the August issue.