THE GILLES WORLD: With Gilles Bensimon’s contract coming up for renewal, talk is percolating that the Elle publication director is set to move on, possibly to a post at Hachette headquarters in Paris. But... 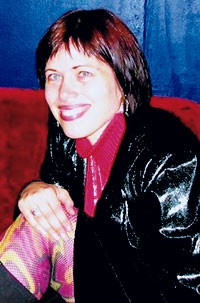 THE GILLES WORLD: With Gilles Bensimon’s contract coming up for renewal, talk is percolating that the Elle publication director is set to move on, possibly to a post at Hachette headquarters in Paris. But Bensimon insists the rumors aren’t any truer now than they were when his contract came up three years ago. “It’s just a matter of time,” he said, before a new deal is in place.

According to a knowledgeable Hachette source, Bensimon has been earning between $1 million and $2 million a year under his present contract. Bensimon didn’t dispute that estimate, but said his compensation package was complex, involving bonuses and perks, as well as salary.

With Elle’s newsstand performance up, Bensimon could get an even richer deal when he re-ups, said a former top media executive. “They’ll give him anything he wants. He is that brand.”

Indeed, after 20 years at Elle U.S., Bensimon still shoots most of the fashion spreads himself. Although this leads to complaints that he homogenizes the look of the magazine and discourages other top photographers from contributing, no one disputes Bensimon’s dedication.

“You’ve never seen anybody work as hard as he does,” said a colleague. “It’s insane.”

Bensimon, for his part, let on that he was disinclined to haggle over terms. “I do not negotiate,” he said. “I’m happy to do what I’m good at. I try not to be obsessed with the contract. It helps me to sleep better.” — Jeff Bercovici

DAWN OF THE DESK: It is possible to be too conservative for The New York Post after all. According to a source at the Post, one of its copy editors, born-again Christian Dawn Eden, apparently embellished a Jan. 18 editorial about stem-cell research during the editing process. Her version of the story — which slammed New York Senate Minority Leader David Paterson’s plan for a state-sponsored stem-cell institute as a “harebrained scheme” — made it into print.

“It’s no surprise that [Liz] Krueger and [Eric] Schneiderman would jump on the stem-cell bandwagon,” the editorial read. “They are Manhattan Democrats — folks who don’t live in the same zip code as reality.”

This story first appeared in the February 4, 2005 issue of WWD. Subscribe Today.

Eden, who freelances as a rock historian and has written about music for Salon.com, was evidently fired from the Post on the day the stem-cell item ran. But last year’s first-place winner of the New York State Associated Press Award for Brightest Headline couldn’t help calling out one last gem as she left the building.

“I wrote the ‘wood’ — the front page headline — of yesterday’s New York Post,” Eden wrote on her blog, The Dawn Patrol, on Jan. 24. “It was my last act at the Post. Knowing the Trump wedding was ahead, I shouted the headline [‘Lady is a Trump’] to the paper’s weekend copy chief as I headed out the door.”

While the Post and Eden declined comment, she recently wrote on her blog, “The only things I can say about the situation right now are that it is always painful to lose one’s job; I will always be proud of the work I did at the Post…and I have faith that something better is in store for me.” Like perhaps a job on the copy desk at The National Review? — Sara James

TEENAGE GROWTH SPURT: Hearst’s decision to hand Seventeen to Atoosa Rubenstein appears to be paying off. For the second half of 2004, Seventeen recorded a 16 percent increase in newsstand sales, yielding a monthly average of 366,000, according to its publisher’s estimate.

Editor in chief Rubenstein attributes the improvement to a redesign that made Seventeen easier to navigate. “If you don’t even know how to read, you essentially know what’s happening in this magazine,” she said. Celebrities are no longer the key to selling teen magazines, she said, noting that Seventeen’s February issue, with Jamie Lynn Spears on the cover, sold as well as January’s, with Gwen Stefani. “As long as [the reader] doesn’t find the person on the cover utterly offensive, she’ll pick it up and do a flip-through.”

Seventeen’s overall circulation, however, was down 10 percent in the second half, reflecting a rate base decrease from 2.35 million to 2.1 million. (It has since been reduced to 2 million.)

Seventeen was the only teen title to post a major gain in single-copy sales in the second half. Its sister title, Cosmogirl, was up 2 percent on the newsstand, to about 403,000, and 11 percent in total circulation, to 1.37 million. Teen People was flat on the newsstand, at 443,400, and overall, at 1.56 million.

Teen Vogue was up 8.8 percent in total circulation, averaging 598,706, but its newsstand average of 233,875 was off 30 percent from the previous year. A Teen Vogue spokeswoman attributed the decline to an increase in frequency, from six to 10 issues, which cut each issue’s time on sale. (Teen Vogue, like WWD, is part of Advance Publications Inc.).

YET ANOTHER MEN’S MAGAZINE: Dazed & Confused’s Jefferson Hack is extending the Another Magazine brand with a biannual men’s glossy called Another Man, launching this fall. “There will be a mix of men’s high-fashion designers and gentlemen’s labels with a strong influence of street subculture,” said Hack. “If this magazine were coming out 30 years ago, [a typical story] might have been Serge Gainsbourg by Tom Wolfe shot by Helmut Newton.” The London-based title will be distributed internationally, with an initial print run of 125,000. Alister Mackie will serve as the title’s fashion director, David James of David James Associates is art director and Hack will be publisher and editor in chief, the same dual titles he holds at Another Magazine.

The launch is the latest in a trend of niche style titles branching into the men’s market. Nylon Guys first appeared as an onsert polybagged with Nylon in March 2003 and just debuted as a newsstand title last month. V Man arrived as an extension of V in September 2003. And the not-so-niche Vogue is similarly developing a stand-alone edition of Men’s Vogue for fall.

Meanwhile, Drew Barrymore graces the cover of the latest Another Magazine, which hits newsstands this week. — S.J.