Memo Pad: The Other Great One … Food Networking … Drei Deutsche …

THE OTHER GREAT ONE: Consider it the next step in Bonnie Fuller’s evolution from celebrity journalist to just plain celebrity. A Canadian television crew recently descended on American Media’s Park Avenue offices to shoot a... 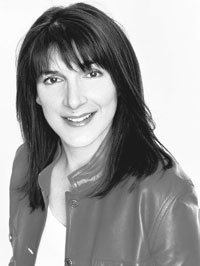 THE OTHER GREAT ONE: Consider it the next step in Bonnie Fuller’s evolution from celebrity journalist to just plain celebrity. A Canadian television crew recently descended on American Media’s Park Avenue offices to shoot a documentary about the love-her-or-loathe-her editor of Star. The show, which will air in late fall or early winter, is part of the CBC series “Life and Times,” which profiles prominent Canadians, including past subjects Wayne Gretzky, Joni Mitchell and former Prime Minister Jean Chrétien. Renowned as Fuller may be in Manhattan media circles, one has to wonder: Does the average Canadian have any idea who she is? “I think she’s up there with the Gretzkys and the Chrétiens and the Jim Carreys,” said Joseph Blasioli, who is directing the film. “I’ve mentioned her name to people in Toronto and they’re all quite aware of who she is. She’s A-list.”

Of course, unlike, say, Alex Trebek (another northern import), Fuller’s fame comes with a large side of notoriety. Asked whether the profile will dip into the deep well of horror stories told by former Fuller associates, Blasioli was delicate. “We’re not going to ignore what’s been said about her, but we’re also doing a behind-the-scenes portrait that’s dependent on access and her cooperation,” he said. At any rate, he may have trouble finding high-level colleagues willing to dish the dirt. Janice Min, who took over at Us Weekly when Fuller skipped to Star last year, said she declined to be interviewed, and so did Mark Golin, the former Maxim editor who was Fuller’s No. 3 at Cosmopolitan. One person who will participate is Cargo creative director Donald Robertson, who worked closely with Fuller at Glamour, Marie Claire and Cosmo. — Jeff Bercovici

FOOD NETWORKING: The Manhattan food world is one of cycles. Restaurants open to rave reviews only to close six months later. Menus rotate seasonal offerings like ramps and champagne grapes. And every two years, Vogue food critic Jeffrey Steingarten begins his search for a new assistant.

“Elizabeth,” the foodie’s oft-mentioned, long-suffering companion on visits to Brooklyn live poultry markets and kitchen shops on the Bowery, has completed her two-year term and is departing for graduate school this fall.

Steingarten is seeking her replacement. “The ideal candidate is equally effective at library research, shopping and cooking, repairing Xerox machines, speaking foreign languages, mise-en-place, writing clearly, doing errands, eating in fabulous restaurants, and even travel,” reads an ad posted Friday on Mediabistro.com. The Renaissance man or woman who secures the “incredibly sought-after job” will be rewarded, sans benefits, with a Vogue freelancer’s hourly wage and various culinary perks. In Elizabeth’s case, those ranged from a tour of meat lockers inside a strip club steakhouse (Robert’s Steakhouse in the Penthouse Executive Club) to a stay in Naples, where Steingarten was researching mozzarella di Bufala. “It was extremely useful to have Elizabeth in Italy,” Steingarten said. “She’s fluent, and since she was such a bad map reader, naturally I made her do all the driving.” Unlike other Vogue assistants, who are typically confined to the magazine’s fashion closet, Steingarten’s works with him at home. “I don’t like to commute more than 50 feet,” said the author, who looks at soft-serve ice cream in the August issue and just finished a piece on handmade foods for September. “Besides, I wouldn’t use the test kitchens [at Condé Nast, which, like WWD, is owned by Advance Publications Inc.]. They’re worse than apartment kitchens. Maytag stoves, one food processor, one KitchenAid.” (At home, Steingarten has his own Garland stove and a Salamander broiler, which he purchased for $400 each in the Seventies.) “The last time I looked for an assistant, I had over 350 applications. Gwyneth Paltrow wrote me a handwritten note recommending a family friend for the job — lovely girl, but she couldn’t tell me how to make crème anglais.” Interested, qualified parties should fax a résumé and cover letter to the critic’s home at (212) 242-1043. — Sara James

DREI DEUTSCHE: Three Germans walk into a photo shoot…It might be a setup for a joke. Fortunately, in this case, the Germans were Claudia Schiffer, Boris Becker and Juergen Teller, and the shoot was for Strenesse, a minimalist Rhineland house currently beefing up its presence in the U.S. Today, the company’s U.S. sales account for 7 percent of worldwide gross revenues, but designer Gabriele Strehle is hoping to see that number climb. In addition to Bergdorf Goodman, this year the women’s line will be available in 16 U.S. boutiques and department stores. Thanks to the Schiffer-Becker ad campaign, the brand will also increase its worldwide media spending by $1 million in 2004, up from $6 million in 2003. Just don’t expect to see Strenesse alter its austere German aesthetic to appeal to American consumers. In the new, moody black-and-white campaign, Schiffer sports a bored pout while Becker leers at the camera lasciviously. The arty images continue a tradition started by Ellen von Unwerth, David Simms, Steven Meisel and Mario Sorrenti, who have all shot ads for the company. “I was not supposed to give much emotion,” said Schiffer. “There wasn’t any laughing or smiling.” Meanwhile, the buttoned-up Becker said he told Teller, “I don’t have many complexes [about posing] unless you want to see my secret body parts.” The photographer did allow Becker to keep his shorts on, but later inexplicably stripped to the buff himself (which Schiffer said wasn’t at all erotic) in order to take one final picture of the models for his personal art file — an appropriate punch line for a culture that uses the word “lustig” for funny. — S.J.