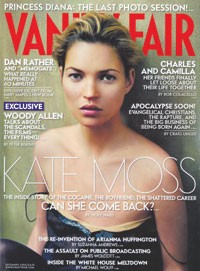 After only a few months working in the outside world, running the furniture company BDDW, Chris Mitchell is returning to Condé Nast, and to his old job as vice president and publisher of Details magazine. “Few people in this business get to take a sabbatical,” Mitchell said Wednesday. “When I left, I told everyone here I would give [the BDDW job] three months, but I knew within two weeks.”

At the three-month mark, Mitchell reached out to Condé Nast chief executive officer Charles Townsend to tell him he missed the company and the magazine business. Townsend advised him to sit tight, and said something would open up sooner or later. Within 24 hours of that conversation, Leslie Picard, the publisher of Bon Appétit, resigned to take a job in corporate sales at Time Inc. Paul Jowdy, who was named publisher of Details shortly after Mitchell’s departure, was handed the vice president and publisher job at Bon Appétit, opening up Mitchell’s old desk. (Condé Nast Publications also owns WWD.)

“I was hoping I would be able to return to publishing,” said Mitchell. “I was even more hoping to return to Condé Nast. But I never dreamed I’d be back at Details. To me, it’s the best possible homecoming, to come back to my staff.” Mitchell will attend the company’s publisher’s retreat in Miami next week and will start back at Details upon his return.

Two weeks ago, he and his wife, Pilar Guzman, the editor in chief of Condé Nast’s new parenting magazine, Cookie, were featured on the front page of the House & Home section in The New York Times. They were photographed with their son, Henry, in their Brooklyn brownstone, which, naturally, is outfitted with BDDW pieces. In the photos, the formerly clean-shaven Mitchell was sporting a slightly more rugged look.

“Chuck [Townsend] was here this morning and told the Details staff I took a walkabout,” Mitchell said. “There were about four weeks where it was really fun to wear jeans every day, grow a beard, drink bad coffee and work in SoHo. The beard was the first thing to go.”
— Sara James

MEMORY MOSS: Is Kate Moss writing a memoir? For a seemingly simple question, it’s generating a fair bit of confusion. Reports in the British press earlier this week claimed Virgin Books had reached a deal to pay Moss 1 million pounds, or $1.8 million, for her autobiography. A Virgin spokeswoman told WWD Wednesday the supermodel had “verbally agreed” with Virgin chairman Richard Branson on the project, but that a contract had yet to be signed. Branson earlier showed support for Moss by hiring her to star in television commercials for Virgin’s cell phone service, despite allegations last fall of cocaine abuse that had caused other advertisers to drop her from their campaigns.

Don’t place that Amazon.com preorder just yet, though. A spokesman for Storm, Moss’ modeling agency, said on Tuesday that Moss had “no intention at all” of publishing a book. That would seem to be more in character for the model, who rarely makes her opinions public or gives interviews. (A recent Vanity Fair cover story on Moss was written without her participation and featured year-old photos.)

Moss is expected to give at least one interview, however — to the police. As reported, she is due to return to London in the next few weeks to be questioned by the Metropolitan Police about her alleged drug use. One suspects she’d prefer talking to the press.
— Nina Jones