THE WEEKLY GRIND: Bonnie Fuller is long gone from Us Weekly, but evidently her spirit lingers on: The turnover just keeps turning. A number of editorial staffers have handed in their notices in recent weeks, and more may be on the way as... 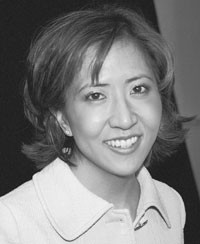 THE WEEKLY GRIND: Bonnie Fuller is long gone from Us Weekly, but evidently her spirit lingers on: The turnover just keeps turning. A number of editorial staffers have handed in their notices in recent weeks, and more may be on the way as one-year contracts offered to keep Us staffers from following Fuller to Star come up for renewal. In a telling sign, two of the latest departees, senior editor Jeremy Helligar and TV editor April Bernard, left without new jobs lined up, as did beauty editor Gina Way, who quit in April. Burnout appears to be the major cause for disgruntlement. Helligar, who spent two years at Us, said he plans to take at least a month off to recover after he leaves at the end of July. “I worked at People for eight years and it wasn’t nearly as intense and exhausting as this experience has been,” he said. “Most of the people there are dissatisfied, and management doesn’t seem to be paying any attention,” added former copy editor Amélie Cherlin, who jumped to fashion start-up Shop Etc.

It’s not just the relatively small size of Us’ staff that has people feeling overworked, but the composition: With two executive editors in New York, a third in Los Angeles and special projects editor Sarah Pyper functioning as a fourth, Us is extremely top-heavy. “The bureaucracy is staggering,” said a staffer. “You have the same number of people doing the work, except now there are more top editors weighing in.”

Despite the high levels of whining, most Us staffers, current and former, acknowledge that life is still better under editor in chief Janice Min than it was under Fuller, when weekly closes routinely stretched until daybreak. (The norm now is 2 a.m. to 3 a.m.) Min told WWD yesterday that she does not think Us has a morale problem and cited the magazine’s continuing growth. “It’s a lot of work putting out a successful magazine, and the competitive environment has really amped up in the past year,” she said. “There are always people who thrive on competitiveness and an intense work environment and people who don’t.” — Jeff Bercovici

MATERIAL WITNESS: An exclusive interview with Madonna is a nice get. An exclusive interview with someone who has interviewed Madonna? That’s another story. The chameleonic chanteuse appears, sporting a black wig and fishnets, on the cover of the July/August issue of Jason Binn’s Ocean Drive magazine. The accompanying cover story, however, is a Q&A, not with Madonna herself, but with celebrity journalist Jeanne Wolf, who answers questions such as, “Is her real name Madonna?” and “What was her relationship with her father?” The interview originally aired on the E! cable network. Wolf, who chatted up Michael Moore for the same issue, pulled the transcript out of the drawer when Madonna declined to be interviewed, citing timing as her excuse. Wolf insists the story is not a write-around, noting that Madonna’s publicists provided the photography (drawn from promotional materials for her current tour) for the cover and story. “This was a totally authorized article in the sense that they knew we were doing it, they knew it was going to be on the cover, they knew I was writing it and they knew I had seen the show,” she said. “I could do write-arounds with my eyes shut. I thought this approach had more vitality to it.” Ocean Drive’s editor in chief, Glenn Albin, said he was happy just to get exclusive access to the cover photo. “Madonna is a little bigger maybe than what we could get at the last minute,” he said. — J.B.

SHOP, DROP & ROLL: Further evidence that Hearst’s forthcoming Shop Etc. is only nominally a glossy: Editor in chief Mandi Norwood has hired interior designer Randall Ridless — who designs Burberry stores internationally and is currently putting the finishing touches on the first- and second-floor renovations at Bergdorf Goodman — to stage the magazine’s launch party at Milk Gallery in Manhattan’s Meatpacking District early next month. “It will feel like a high-end store crossed with a cool nightclub,” said Ridless. In the transformed 6,000-square-foot space, fashion, beauty and home items from the pages of the magazine will be arranged at designated vendor outposts, where invitees will be able to shop for products in lieu of pre-stuffed goodie bags. The Milk Studios facade also will be made over to look like a department store, complete with display windows. Said executive marketing director Lori Rhodes: “[Randy] will be creating a shopping environment with a number of surprises — the only thing missing will be dressing rooms.” Well, that and the checkout counters. Ridless also will design the Shop Etc. guerrilla stores coinciding with the spring 2005 fashion weeks in New York and L.A.

In other Shop news, Karen Catchpole, formerly a senior editor at Jane (like WWD, part of Advance Publications Inc.), has joined the publication as deputy editor. — Sara James