Closures, editor changes, redesigns — men's magazines are in turmoil as they adapt to the new media landscape.

By Alexandra Steigrad
with contributions from Aria Hughes
on February 3, 2016
View Slideshow 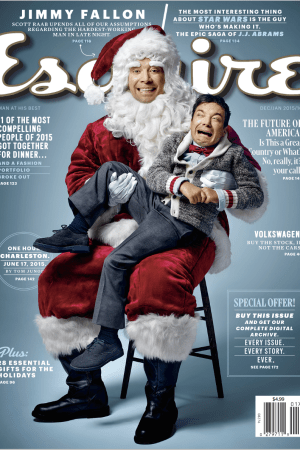 Tectonic shifts in media have become almost a daily occurrence as print and digital properties alike try to grab consumers’ attention and dollars. But arguably no other sector has been as pressured as the men’s market in recent months.

Last year, Details magazine closed, Complex shuttered its men’s wear site Four Pins and Maxim endured yet another shake-up under owner (and self-annointed editor in chief) Sardar Biglari, after the magazine broke from its babe-in-bikini roots to try a more high-end approach under then-editor in chief Kate Lanphear and publisher Kevin Martinez.

Even the big players in the men’s market — GQ, Esquire and Men’s Health — felt squeezed by the changing environment. Last week, Hearst pushed out longtime editor in chief David Granger, who had headed the title for 19 years, and replaced him with Town & Country editor in chief Jay Fielden. Granger’s impending exit at the end of March was made even more poignant on Monday when the magazine won an ASME for general excellence in essays and criticism and the editor in chief received a standing ovation.

Last year, GQ laid off a handful of editors to meet the needs of the digital landscape, and Rodale, which is amid job cuts, brought back Michael Lafavore as editorial director to oversee Men’s Health, among other titles.

Even the old adage that “sex sells” has been tested. Lad mags FHM UK and Zoo magazines put up the “out of business sign” and Playboy declared it would stop featuring naked women in its pages. Meanwhile, Pirelli shifted course with its racy calendar this year, and debuted a portrait series by Annie Leibovitz of women of substance — most of whom were (gasp) clothed. Rumors continue to abound that Playboy’s raunchier rival Penthouse may stop printing its magazine altogether.

The volatility begs the question of whether the male reader is as interested in male-targeted media, or if advertisers are scaling back.

“I get a sense of déjà vu,” GQ editor in chief Jim Nelson said of the upheaval in the market. “When I started there was the historic war between Esquire and GQ. If you were in the men’s market, it felt like there was a little war out there.”

Nelson trumpeted GQ’s status in the men’s market, noting the importance of its mission as a differentiator.

“It is hard for some magazines and some Web sites to talk to men. Voice and point of view don’t get enough attention. Have a point of view,” he said.

Even with point of view, print magazines battle declining newsstand sales and stagnant circulations. Layer on top of that the need for print magazines to carve out a digital identity on the crowded Web, a world where voices tend to be “same-same,” according to Nelson, and it’s a no-brainer why media brands are rapidly shifting strategy.

Maxim may be one of the more obvious examples of a title implementing drastic shifts to stand out from the crowd.

“You can’t keep changing your stripes and some magazines do that,” Nelson offered. “It just confuses the reader and the advertisers.”

In its third major redesign since last year, Maxim kicked off 2015 under Lanphear and a new direction that included less sex and more storytelling. But that was tossed out months later. Under Biglari, and a team that includes Glenn O’Brien, Gilles Bensimon and Guillaume Bruneau, Maxim is pumping up the sex appeal, paper stock, size and photography. Its relaunch issue featured a paparazzi-style cover of a nearly-nude Alessandra Ambrosio sunbathing in Monaco.

“It is really qualitative,” said art and design director Bruneau, referring to the redesign. “We really aren’t looking to make a supermarket magazine. We try to appeal to a group of men who love life and beautiful things.”

Although he wouldn’t speak to what went awry under Lanphear, Bruneau noted that Condé Nast-owned men’s magazines such as Details and Men’s Vogue, which folded in 2008, were “completely unattainable.”

“Luxury can be more attainable. Those magazines failed,” he said. “We don’t.”

That point remains to be seen, but when asked what he meant by “luxury,” he explained that he wasn’t talking simply about product but about cover star and “relatability.”

While Ambrosio’s relatability may be questionable, he did note that the model is a businesswoman — something that Maxim highlighted in its cover story. It helped that she looks good barely clothed.

“Luxury is in the context of the story we are telling,” he said, before turning to the glossy’s roots. “It’s all about seduction. Women are beautiful and men are interested in women — the ones who read Maxim.”

While many in the market lamented the closure of Details, very few agreed with Bruneau’s assessment of why it closed.

“I think there were clients who were upset about Details folding, but I think there were fewer consumers,” said Howard Mittman, vice president and publisher of GQ. “High-mindedness and depth of connection with trade is one thing…and the consumer is another.”

One of the ironies of the shuttering of Details is that the title seemed to be transforming into what its owner Condé Nast wanted: a digital success that had a print element. While the print side had been struggling, editor in chief Dan Peres had grown its Web traffic substantially. As reported, sources said its site, which had about 1 million unique views in September 2014, grew traffic to 2.1 million in a year. The brand was expected to close out November with nearly 3 million uniques.

That wasn’t enough to save it, even though Mittman, who also serves as publisher of GQ Style, the quarterly publication that hopes to grab the advertising dollars that used to go to Details, noted that the bigger issue in the men’s market is the obvious shift of ad dollars from print to digital.

“Consumption habits have changed,” he said, pointing to new competitors in video and digital such as Vice, Thrillist and Complex. “But also, look at the landscape. The dollar is strong right now. Russia, Brazil and China are challenged economically and that translates to fashion and luxury clients having to be more focused on how they spend their ad dollars domestically.”

GQ Style editor in chief Will Welch offered: “There are so many options out there. When I think about making a magazine in the time of the Internet, I realize I need a very articulated point of view.”

Distinctiveness of voice was a hallmark for Four Pins, Complex’s men’s wear blog, yet that wasn’t enough to save it. Part of the problem was that with its irreverent and playful take on the industry, Four Pins spoke to a very specific audience, a strategy that ran counter to Complex’s mantra of openness.

Complex editor in chief Noah Callahan-Bever offered his own assessment of the market: “I think that the rigid definition of being a men’s product is an anachronism of the past. The way that people are searching out information on the Internet is much more based on interest than gender. We want to create a platform that’s inviting and not alienating anyone.”

Four Pins spoke to a clothing-obsessed, male audience and received around 200,000 unique views a month. Callahan-Bever told WWD the decision to shut down the site was based on “prioritizing resources.” Now visitors to the blog are rerouted to Complex’s style vertical, but its Twitter account, which has about 65,000 followers, remains active. Complex will also continue to sell Four Pins merchandise, which is its highest-selling brand, but he also sees opportunities for Four-Pins sponsored content, which he added was one of Complex’s biggest revenue drivers last year.

Patrik Sandberg, the editor of V and VMan, doesn’t believe the turbulence within men’s publications is any different from changes in the general media landscape, but he did assert that the e-commerce and editorial play can raise issues.

“I can’t help noticing that the more mass market a magazine tries to be and the more the focus turns to merging editorial and e-commerce, the more it becomes a catalogue and readers can discern that inauthenticity,” said Sandberg.

VMan was introduced in 2003 as the quarterly men’s companion to V Magazine, which operates a separate retail store and e-commerce site, VFiles.

Sandberg said that newsstand sales continue to be VMan’s biggest source of revenue and print advertising rates still trump those of digital.

“From a print advertising perspective, there has been a lot of volatility in the men’s market,” said Men’s Health publisher Ronan Gardiner, who noted that even though there’s a “migration” from print to digital, there has been a shift in how marketers perceive print.

“When new platforms emerge, marketers tend to flock towards them. It’s the shiny-toy syndrome,” he said, noting that advertisers are returning to top-tier publications to advertise in print.

Gardiner said that the magazine’s March issue was up in ad pages, and that circulation had hit a high for the publication. According to the Alliance for Audited Media, Men’s Health’s total paid and verified circulation totaled 1.6 million, trending about 100,000 ahead of the first half of 2015. The publisher said more recent numbers had circulation hitting nearly 1.7 million, which makes Men’s Health the largest men’s magazine in the U.S. He noted that Millennials are also more interested in the health and wellness connection, and are renewing their subscriptions at the same rate as readers in the 34 to 55 age demographic.

Editor in chief Bill Phillips credited the magazine’s “laser-sharp focus” on the reader, adding that stories are “all about” them, self-improvement.

“Every sentence, page and caption needs to be about the reader,” he said, noting challenges of getting the attention of a consumer bombarded by media. “It’s a matter of getting the product in front of the customers. If we do that we’re more relevant than ever. There’s so much out there digitally.”

That sentiment was shared across the board. At Esquire, publisher Jack Essig and Granger noted that diversification of platform is key to remaining relevant. Esquire digitized its vast archive, launched a podcast and has a television network via a partnership with NBC. It also created a fitness challenge for readers with Equinox and the Mayo Clinic.

Although Granger noted that fashion and lifestyle has become more “democratic” across the Web, he said there’s still brand equity and strength in the top three men’s titles — Men’s Health, GQ and Esquire.

“There has been apparent change and transition in the men’s market, but there has also been some stability,” Granger said. “We are constantly finding new ways to add to our mission. It’s key to what we’re doing here.”