The president of television at The Weinstein Co. is banking big on Isaac Mizrahi and "Project Runway All Stars," which debuts Thursday. 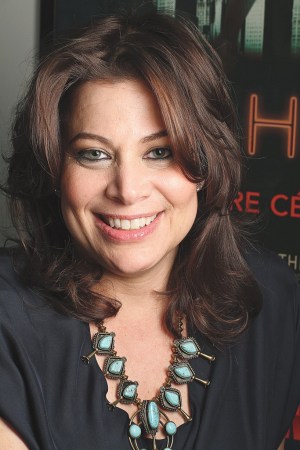 NEW YORK — Since returning to The Weinstein Co. last year, Meryl Poster, president of television, has immersed herself in the fashion world and other drama-filled industries.

Among the shows she’s producing are “Project Runway All Stars,” which makes its debut on Thursday on Lifetime Television; “Project Accessory,” which wrapped up Dec. 22; “Project Runway,” which will begin its 10th season in June; “Mob Wives,” whose second season premiered Sunday and has already been renewed for a third season on VH1, and “The Nanny Diaries,” which she is producing with Ryan Seacrest for ABC.

This story first appeared in the January 3, 2012 issue of WWD. Subscribe Today.

Having previously worked for Harvey and Bob Weinstein at Miramax Films for 16 years, serving as co-president of production (where she executive produced such films as “Chicago,” “The Cider House Rules,” and “Chocolat”) Poster said she was excited to make the move to TV.

“Harvey made me an offer I couldn’t refuse,” said the 47-year-old show business veteran. “It’s very hard and it’s very emotional making a movie. I’m trying to save my emotions for my children as much as I can,” said Poster, a divorced mother of two children, ages 13 and 10.

These days, she finds no shortage of material for her TV shows. “So many great artists are playing in the world of television. There’s a lot more opportunity to make things, instead of develop. You just get to explore so many different worlds,” said Poster, who was raised in Fort Lee, N.J., and makes her home here.

When Weinstein lured her back after five years at NBC Universal, two new shows, “Project Accessory” and “Project Runway All Stars,” had been ordered but hadn’t been created yet, so she would have a hand in doing so. “That was very appealing to me. So the first thing I did was get Isaac Mizrahi [for “All Stars”]. I felt Isaac Mizrahi was the only personality that could match Michael Kors,” said Poster, referring to Kors’s role as a judge on “Project Runway.”

Poster worked with Mizrahi when Miramax released the designer’s documentary “Unzipped” in 1995. While taping “All Stars,” she said, she would constantly tell Mizrahi what to wear on camera. Now that he’s doing publicity for the show, he’s been calling in to check with her on wardrobe. “But I told him for publicity, he could wear whatever he wants. On the shows that I produce, I have to tell him what to wear,” said Poster. She is certain this could be a breakout role for him. “This is the right format for Isaac. George Clooney did so many TV shows until he hooked into ‘E.R.,’ ” she said.

“Project Runway All Stars” is hosted by model Angela Lindvall and features Georgina Chapman, who is married to Harvey Weinstein and is co-founder and designer of Marchesa, as the other judge. “That did not come from Harvey,” insisted Poster. “He wasn’t even so sure about her doing it. Vera Wang was supposed to do it, and she fell out at the last minute. Lifetime suggested Georgina because she’s been a guest judge and she’s off the charts great.”

Some of the contestants were selected because of their availability and others were fan favorites, she said. “It’s the exact same setup [as ‘Project Runway’], but the stakes are higher, the prizes are bigger. And you see the difference with the ‘All Stars’ than original ‘Runway.’ They’re not as frantic, they’re calmer and they’ve had experience. They work together and they realize that working together doesn’t limit their ability to win. They’re much more collegial, and there are no real breakdowns.”

Asked why she believes reality shows continue to resonate with viewers, and why Weinstein likes to produce them, Poster replied, “Because people can see themselves. It’s more the reality of the fantasy. And it’s much less expensive to produce.”

Season nine of “Project Runway” was the number-one reality competition series on ad-supported cable among women, averaging 2.9 million total viewers on Lifetime. She explained that the “Project Runway” franchise is profitable because they have integrations, meaning there are sponsors such as L’Oréal and HP. “And the exposure for them is great. It’s not a tawdry kind of show, it’s a legitimate fashion show,” said Poster, who is known for her ability to connect media and commerce.

Poster got her start in the entertainment industry working in the mailroom of William Morris. She was the second female trainee they ever hired. “That’s my biggest accomplishment, quite frankly, besides getting my kids into the [92nd Street] Y,” she said, joking. After working in William Morris’ casting department, she got antsy for a change. “I knew nothing about Miramax or Harvey Weinstein, and I went in and interviewed. The woman who worked for him was a nightmare, and I was going to be his second assistant. I was certainly qualified to be his first assistant. She said, ‘You don’t need to meet Harvey,’ and I said I wasn’t leaving my job without meeting Harvey.”

After she met Weinstein, he wanted to hire her on a trial basis, and she refused. “If you want to hire me, hire me. I’m not going to give up William Morris. I went, and I quit my first week. I hated it. The first assistant was a nightmare, and he was crazy. Harvey called me and said, ‘What’s going on?’ And I said, ‘Both of you are crazy. I can’t work for two crazy people. One of you has to leave. I don’t care which one. She was never to be heard from again.”

Poster returned to Miramax and served as Weinstein’s assistant. “It was short-term because the company exploded. I became an executive and rose through the ranks.” But after 16 years producing a slew of films, she was spent. “There were no hard feelings. They threw me a party, and I left on very good terms,” she said. After five years at NBC Universal as a producer and consultant to Jeff Zucker, she returned to Weinstein.

During her first go-round producing movies, she worked closely with Harvey Weinstein, but now she’s more on her own. “Part of the deal with me coming back here is this was going to be my thing to do. On scripted stuff, I’m sure he would get involved. In the reality stuff, he doesn’t,” she said.

As for Poster’s own TV viewing habits, she’s a fan of “The Housewives” (“my favorite is ‘Orange County’ ”) and “Modern Family.” She and her daughter usually choose one reality show to follow each season, such as “Dancing with the Stars,” “Cake Boss” or “The Bachelor.” Her son is obsessed with the WWE.

These days, Poster sees a seamless integration between entertainment and fashion. “They play off each other.” For example, she feels the fashion in “Gossip Girl” is good for the designers worn by the stars. “Now you see the faces of so many designers that you never saw before. And they all want to do ‘Project Runway.’ It’s weird the people who don’t want to do the show. It’s never who you think it is,” she said. She said the lowest designers on the totem pole don’t want to do “Project Runway.” But popular designers, such as Diane von Furstenberg, want to be part of it.

What Poster says she loves about the new job is she gets to meet so many different designers and can develop projects with them. “And I promote them and mentor some of them,” she said. She also loves showing worlds that viewers never get to see, such as the Mafia-themed show “Mob Wives,” which is the number-one show on VH1.

Some of Poster’s ideas for future shows could take place in the jewelry world or be set in a retail store. “It could be a store owner, a boutique, somebody who has multiple boutiques,” she said. She would love to explore how they buy the clothes, the deals they make, the negotiations with vendors. “I would love to do the garment center, like ‘Mad Men,’ as an ode to my dad,” said Poster, whose father was a swimwear manufacturer.