The actor was named the global face of the brand's men's business in September. 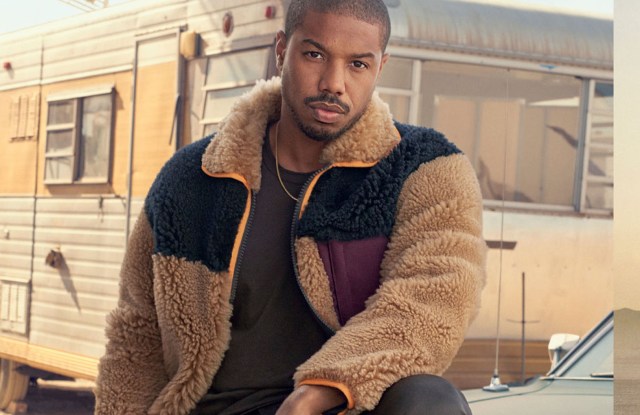 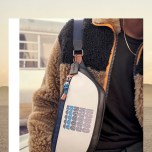 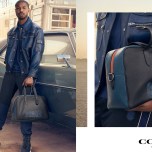 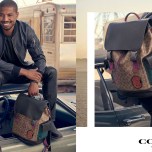 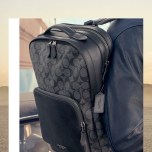 Michael B. Jordan hit the carnival for his first Coach shoot.

In the brand’s spring ads, which officially break today, Jordan is shown in a series of images set “backstage” at a faded carnival. Shot in a sunlit desert outside of Los Angeles, the campaign features Jordan on a vintage car, dressed in a color-blocked shearling jacket, a blue leather moto and a patchwork leather MA-1. The campaign also features several bags, including the Signature Rivington Backpack, the Rivington Belt Bag and the Metropolitan Carryall.

At the same time, Jordan is appearing in ads for the men’s fragrance. Those ads show him in a garage sitting in a vintage car.

The ads officially introduce Jordan as the first global face of the brand’s men’s business. The actor — whose movie “Black Panther” is nominated for several Golden Globes, although he personally was snubbed — was named an ambassador for Coach in September. As part of the deal, he will appear in global advertising campaigns for the brand’s men’s ready-to-wear, accessories and fragrance, beginning with the spring 2019 season. He will also appear at Coach events and promote the company on social media.

“I’ve really enjoyed getting to know Michael over the last few years,” said Stuart Vevers, Coach’s creative director. “He has been a true supporter of Coach so it felt like a really natural step to collaborate more closely and create a partnership we can take to the next level.”

“I’m proud to be the face of Coach men’s,” Jordan said. “I’ve been a fan of Coach for a long time and truly respect their inclusive and optimistic values. I’m honored to be a part of Stuart’s vision and creative process.”

The campaign was shot by Craig McDean and styled by Jane How. The art director was Fabien Baron, makeup artist was Carola Gonzalez and hairstylist was Jove Edmond.

Men’s wear is a growing business for Coach. When reporting earnings in August, Joshua Schulman, Coach chief executive officer and brand president, said the men’s component of the brand is now at $850 million and is expected to reach $1 billion within the next three years.