Bidot expects the upcoming daily show to be “huge,” and Hearst is looking to ramp up its production of series for TV platforms.

Count model Denise Bidot among the wave of New Yorkers defecting to Los Angeles, but she didn’t come just for the weather.

Bidot is officially joining as cohost of the upcoming Quibi show “Fashion’s a Drag,” produced by Hearst Originals, the production arm of Hearst Magazines that has been expanding in L.A. over the last year as it works to sell more shows and IP to Hollywood. Bidot will be hosting the show with Willam Belli, a well-known drag queen, and they will be discussing fashion on a daily basis over the spring and summer, mainly from a celebrity angle but with some runway worked in.

Quibi’s entire content model is streaming short-form video, so episodes of “Fashion’s a Drag” will only run 10 minutes or so, five days a week and the current order is for 130 episodes starting in early April, when Quibi launches.

“It’s the buzz around town, so to be part of it is exciting,” Bidot said. “People are ready for something like this, quicker bites, and we have to create content for them.” 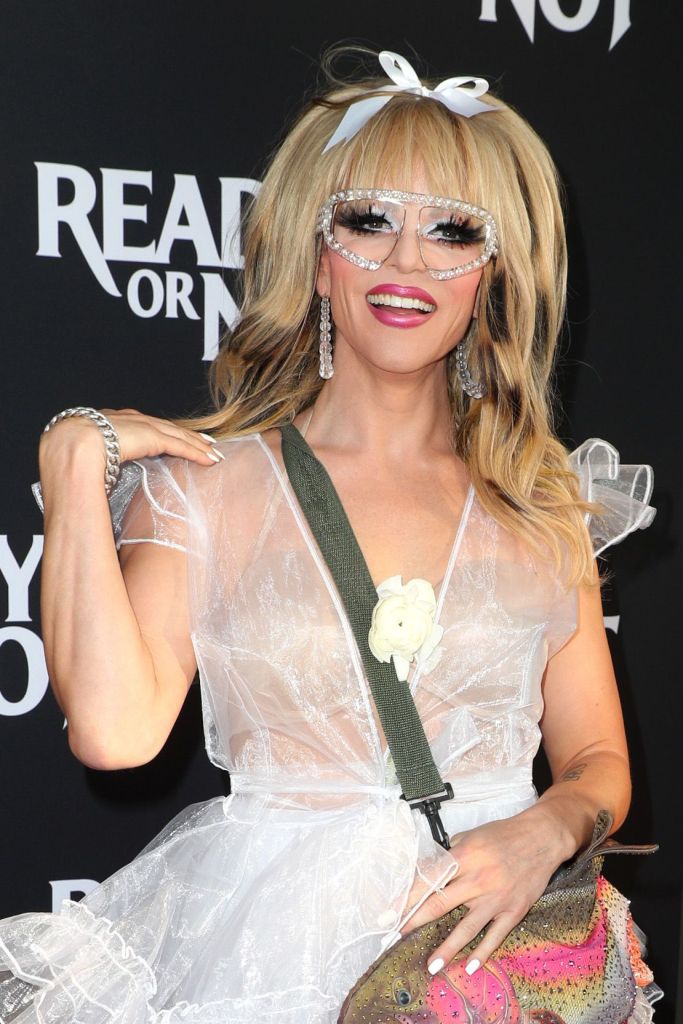 Bidot just last week moved to L.A. for the gig, her highest profile TV role to date, setting up in the Hollywood Hills. But when she was approached last fall by Hearst’s Jason Ikeler about possibly joining the show, she admitted not knowing much about the new platform. Now, she’s feeling the anticipation for Quibi’s launch and expects the show to “be huge.” Meanwhile, media pundits are generally curious about how Quibi will perform but skeptical of the business model. The company has raised a staggering $1.4 billion from private equity in two years, but a January report from The Information citing internal sources said the company was already expecting to burn through $1.5 billion in its first year.

But the slate of shows for the year, 175 in total cranking out 8,500 episodes, is ambitious. And “Fashion’s a Drag” is aiming to be central to Quibi’s fashion and style offering in its “Daily Essentials” category, with Bidot and Belli, along with special guests, breaking down looks, trends and style with a critical and inclusive eye, but a tone that isn’t mean.

“We all respect each other and we don’t want to put people down,” Bidot said. “It’s going to be fun and not take fashion too seriously. But red carpet and runway fashion is something people look up to and I think it’s up to us to make sure they’re inclusive…why not continue to nudge in that direction.”

This show isn’t the only one that Hearst will have on Quibi either. Ikeler, executive director of Hearst Originals, said he first pitched them back in June and in addition to Bidot and Belli’s show Hearst is producing another daily, “This Day in Useless Celebrity History,” hosted by former Olympic skater Adam Rippon. As for other shows, Ikeler said talks with Quibi are ongoing.

As for expectations around the shows, in terms of viewership, he said that’s “all too early to talk about.” It’s really based on how many people sign up for Quibi, which is charging monthly $4.99 with ads or $7.99 without, and then actually use it. Sources have speculated expectations vary widely, from 20 million to 70 million sign ups in the first few years.

For Hearst, however, Quibi is just one part of an increasingly ambitious video content strategy.

“The goal within Originals,” Ikeler said, “is to sell as many series to as many platforms as possible.”

Who Will Succeed Glenda Bailey at Harper’s Bazaar?

Five Takeaways for Media From CES 2020