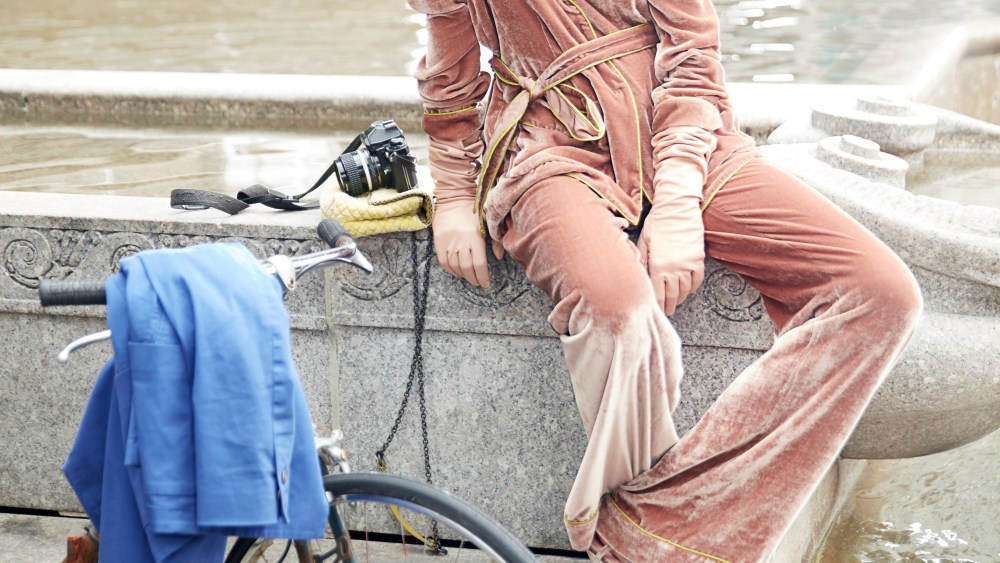 CUNNINGHAM CORNER: Modern Luxury’s September issue will have a personal touch weaved through its pages. When Bill Cunningham passed away in June, James Aguiar, the regional magazine publisher’s national fashion director, felt he had to honor his old friend’s legacy.

Aguiar met Cunningham the way most people did — on the street — about 20 years ago. “I met Bill when I was doing the windows at Bergdorf’s. He was such a fan of those windows. Linda Fargo and I created those windows together — she was the visual director and I was her assistant [at the time]…and Bill was always there snapping the progress,” he said.

Cunningham snapped Aguiar’s photo and included his image in the pages of The New York Times in 1997, and from there, a deeper friendship between the two started. “Our relationship developed through fashion and style — the importance of it, the understanding of it,” Aguiar said. “Bill always kept a professional distance, but we developed a camaraderie and a personal correspondence. He would write to me and send me photographs, or tell me about an exhibition that I may like. Those letters have proven to be so heartfelt and I treasure them.”

When conceiving the location for Modern Luxury’s fall fashion editorial — a velvet trend story featuring looks by Dries Van Noten, Fendi, Miu Miu and more — Aguiar decided upon 57th Street and Fifth Avenue, right outside Bergdorf Goodman. “He understood trends better than everybody, and I thought, let’s do a trend story in the place where he stood,” Aguiar said.

The editorial, shot by Caroline Knopf and featuring model Martyna Frankow at Elite, features subtle nods to Cunningham on every page — a bicycle, the late photographer’s favorite way to get around Manhattan; a blue Windbreaker, Cunningham’s signature look; and, of course, a camera.

“The idea is that he’s there. The truth is he’s not,” Aguiar said. “We’ll never see that blue jacket on the corner of 57th and Fifth again, but I wanted to keep it there for prosperity. It speaks to the power of Bill, his legacy, what he gave fashion and ultimately what he gave me. I look at fashion in a completely different way because of that man, because of the conversations we’ve had through the years….He changed my eye forever.”