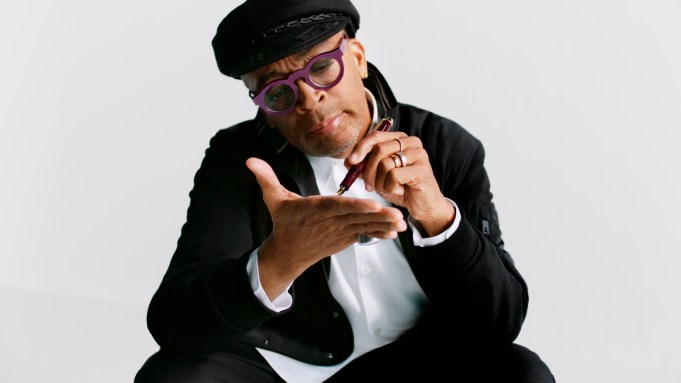 Created by Wieden + Kennedy Amsterdam, the campaign is intended to inspire people to express their full potential on their own terms, as told through the journeys and authentic stories of Lee, Egerton and Kun, and reaffirm the luxury maison’s belief that everyone can leave a mark on the world.

Lee, Egerton and Kun are each celebrated in 60-second films, and their stories will be told through print, digital, out of home and social content.

In Lee’s film, the award-winning writer and director writes a script to flashbacks of his Brooklyn hometown, his family, films and personal experiences. “Kingsman” and “Rocketman” star Egerton heads to New York City in his film and Kun reads a letter aloud to students from his acting school, Dome Studio.

“With this new campaign, we are engaging with a new global generation of leaders and professionals, inspiring them to achieve their full potential as they journey through a life led by passion,” said Vincent Montalescot, Montblanc’s executive vice president of marketing. “It expresses a new aspiration to live a life where the professional and personal don’t compete with each other, but enrich one another. While at different stages in their careers, the three creative catalysts we are spotlighting are living proof that following what moves you, ultimately leads you to a place of fulfillment and success.”

The three stars are also Montblanc’s introductory Mark Makers, people described as passionate doers that follow their intuition, are driven by purpose and a love for what they do.

“As a maison founded by pioneers who set out to create innovative products for those seeking to make their mark in the world, this campaign is in fact an evolved expression of our DNA,” said Montblanc chief executive officer Nicolas Baretzki. “The way people work has changed, and priorities and values have shifted, therefore we felt it was time to redefine the codes of success to reflect the changes our customers are experiencing. Being a ‘Mark Maker’ is a different way of thinking. It is no longer about status or reaching the top but it’s about the meaningful, purposeful and enriching journey we take to get there, and the people we impact on our way.”