The brand's ad budget has increased by 50 percent for three seasons running, in line with increasing revenues. 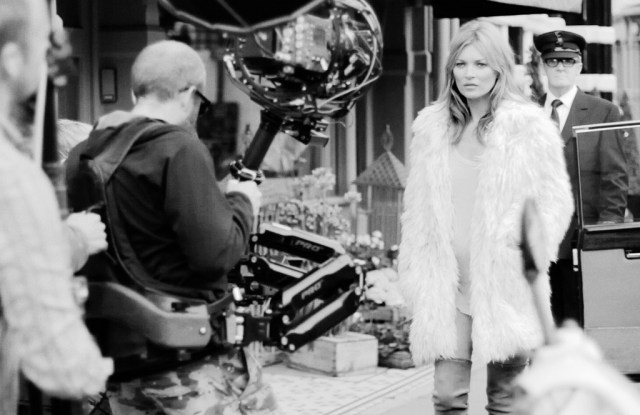 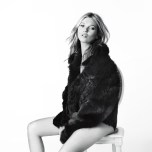 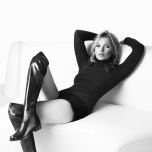 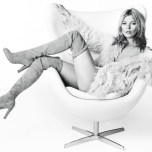 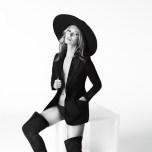 MOSS GATHERING: Kate Moss can certainly draw a crowd. On the day of her shoot in London for a film to accompany the fall campaign for Stuart Weitzman, the paparazzi followed her from home and encamped outside the Kensington house where she was based for the day.

Surprisingly, there appears to be a taut sense of respect from both parties. “I’m smoking again,” she threw over a shoulder as she stepped outside for yet another Marlboro Lights cigarette. At which the paps dutifully acquiesced and lowered their lenses, prepared to wait for a shot that would please both camps — and making do with shots of Moss’ body double.

“The look is all about miniskirts and big furry coats, lots of texture,” said Moss of the look for the film, which will be used in a significant digital campaign to support the still campaign, which was shot by Mario Testino.

“Using Kate is a major investment for us,” said chief marketing officer Susan Duffy. “Everything else in the digital activation [of the campaign] is big dollars. But now is the time to do it. We have a lot of traction. For the first part of the year we had success in quite a difficult economy.” According to Wayne Kulkin, Weitzman’s ad budget has increased by 50 percent for three seasons running, in line with increasing revenues.

Click Here for a Behind-the Scenes Video From the Shoot >>

Duffy hired David Lipman, managing partner and chief creative officer of his namesake advertising firm, two years ago and, even then, Moss was at the forefront of his mind for the brand. “Five, 10 years ago, before we knew about Stuart Weitzman and about this film, we had this idea for a film with Kate Moss strutting to ‘These Boots Were Made for Walkin’.’ We just didn’t know where we would ever use it.”

And now Moss is strutting down a London street, on a typically gray afternoon, in thigh-high gray suede boots, an Afghan fur coat and not much else for a film that is being directed by Balthazar Klarwein, a former Testino protégé. In the film, which, like the campaign, is shot in black-and-white, Moss the superstar is in the back of a Rolls-Royce that is stuck in thick London traffic. Late for her appointment, Moss steps from the car and makes her way on foot, and encounters various London archetypes on her way, all of whom rubberneck to get a glimpse at her — and her boots.

The print campaign will break in August issues and be supported by the omnichannel digital campaign, which includes the film. It will be edited into several lengths, from 30 seconds to four minutes, and be revealed on multiple platforms globally.