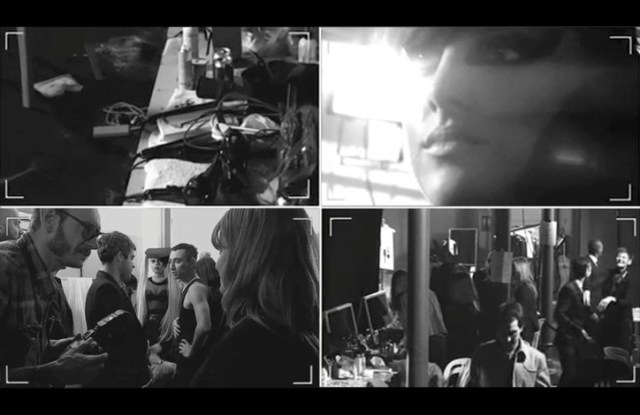 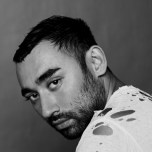 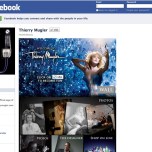 Nicola Formichetti firmly believes the future of Mugler lies in the digital world.

Formichetti brings a surfeit of digital savvy to the 37-year old fashion house (he was advertising jobs on Twitter long before Marc Jacobs was doing it), and the social media circus that amassed following the brand’s live-stream of its fall show on March 2 had impressions estimated to be 115,607,323 in just one week’s time. It also became the number-one Twitter trend worldwide during the actual live-stream on Mugler’s Facebook page with 3.2 million page views, and YouTube subsequently posted the video on its wall to over 30 million fans, tweeting the same to its 2 million followers on Twitter. The hashtag #Mugler was used almost 15,000 times.

“My job was to resurrect the brand, and to pump it up and bring it to the new decade,” Formichetti told WWD in a phone interview from Los Angeles last week, where he was styling Lady Gaga for the filming of her “Judas” music video. “I had this amazing history and archive but there was nothing for me to work with to make it contemporary. For me, it was taking those amazing historical ideas and transforming them digitally. I design digitally, I communicate digitally, and I live digitally, and I wanted to incorporate that into the brand.”

The media blitz that surrounded the unveiling was carefully calculated by digital agency Moving Image and Content, with all digital public relations handled by KCD Digital in New York, and part of the brand’s digital strategy included a 45-minute preshow (in addition to the actual runway show) filmed from multiple cameras that fans could watch to build buzz before the actual event. The label’s fan base on the social medium nearly doubled to 80,000 from 45,000 “likes” in one week.

It didn’t hurt that Lady Gaga tweeted to her 9.2 million Twitter followers that she’d be taking the stage during the show, although Formichetti insists this was not done purposefully.

The pop-culture junkie does maintain that while he will always love fashion and celebrate the storied fashion houses — he does want to embrace digital and cutting-edge technologies to a new level for the brand, which saw its heyday in the Eighties. Currently, most of Formichetti’s inspiration is drawn from the Internet.

“I collaborate with everyone on the Web, and I design as a collaborative effort digitally with people located in all parts of the world,” he said. “I’m not a designer. So even when I style or do projects, it’s a total collaboration with other people. That’s how I work.”

With respect to the label’s first show with Formichetti at the helm, the result served as even more evidence that a new era had arrived. The social media aspect aside, the infusion of pop music and the presence of one of the most iconic artists of modern pop culture helped propel the brand’s comeback collection.

“Normally, you wouldn’t put pop music in a fashion show,” Formichetti said, “but it fits with the idea of the new Mugler world — the pop and the high fashion, the real world and the digital mixed with this fantasy world.”

Keeping in step with this “new Mugler world,” it’s clear that Formichetti gravitates toward the extreme. He even goes so far as to draw a contrast between himself and Tom Ford — who, for the unveiling of his first women’s collection, strictly prohibited the taking of any photographs at the event, which was so exclusive that only a handful of editors and buyers was able to gain entrée. “I’m not an elitist,” Formichetti said. “I want to share what I’m doing with everyone so that’s why when we did the presentation, I put so much energy into the actual filming of the show for the live-stream. In a way, I wanted to have the people in front of a screen to have a better seat than the people in the front row.

“I remember straight after the show, me and [Lady] Gaga just ran backstage and went onto our computers and went on Twitter to see what the fans were saying.”

But Formichetti is very aware that a negative side to overexposure exists. If one becomes too mass and promotional, the public and its short attention span gets bored fast. It’s because of this that all press samples are kept exclusive. “I’m not giving them to every magazine,” he said.

Going forward, Formichetti said he would love to make a video about Thierry Mugler and what he’s done from the Eighties until now. He also wants to find a way to digitally highlight the showroom to focus more on the clothes and show followers more of the creative process.

“Digital media is incredible. I’ve been meeting so many young creative geniuses through social media. They are just 22 or 23, and I’m just wowed. They’re as important as the creative people who’ve been working for a long, long time. The digital thing just completely twists everything. We’re all on the same page,” Formichetti said. “Before, you had to go to school and learn how to make patterns and kind of pay your dues and work with someone, but now anyone can [pursue their career goals] — and if you’re smart enough, you can be as powerful as someone doing the same thing for 10 or 20 years. I love that you see bloggers and young kids in the fashion shows. We’re changing. Finally.”