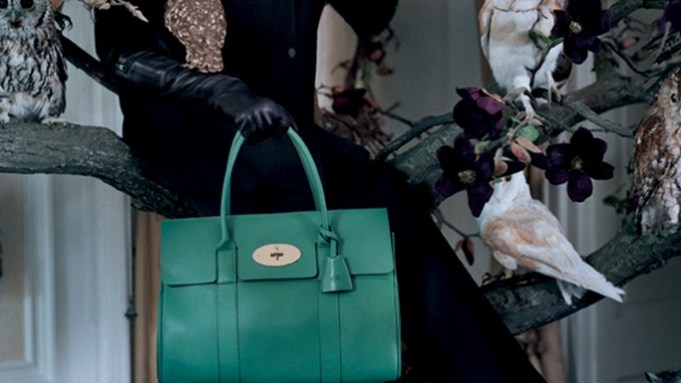 BIRD BY BIRD: Move over Red Riding Hood, Snow White, and Gretel. There’s a new girl in the big bad woods and her name is Cara Delevingne. The young British model features in Mulberry’s fall ad campaign, which was inspired by the English countryside — and the darkness that lurks there. The campaign, shot by Tim Walker and art directed by Ronnie Cooke Newhouse, will break in the August issues of British Vogue and Condé Nast Traveler. It was shot on location at the 18th century Shotover House in Oxfordshire, and set designer Shona Heath created a wild and Brothers Grimm-esque indoor woodland.

Mulberry’s creative director Emma Hill, who is due to leave the fashion house in the near future, said she wanted the images to have a certain edge: “Cozy, familiar, rural scenes but with a dark, mysterious and seductive veil. Traditional fables, botanical prints and the earthiness of the countryside by night all played their part, and this sense of dark beauty was beautifully captured by Tim and Ronnie for the campaign.” Cooke Newhouse, art director of the creative agency House and Holme, called the campaign: “An imaginative tableau… Served up very English, very beautiful, and very, very cool.”